Are gay people born that way?

Debunking the myth that leads many to support same-sex marriage 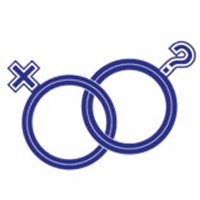 Pro-family advocates work to restore the definition of marriage for the sake of children and family life. As such, it's easy to explain the pro-family position without referring to homosexuality. However, many Canadians cannot see beyond the emotional "gay rights" argument, to the real impact of homosexual "marriage" on society. Many people reason, "Gee, if gay people are born that way, isn't it unfair to stand in the way?" On this basis alone, many Canadians support same-sex marriage. Most Canadians actually believe that scientists have found a "gay gene". That myth is aggressively promoted by gay lobbyists & the media, but it has no foundation in science. Hence the need to address homosexuality directly.

In fact, scientists have NEVER found a gay gene or any genetic cause for being "gay". IN FACT, the overwhelming majority of scientific research on this question points us to the opposite conclusion - that it's not genetic but rather, develops in early childhood by as a result of attachment disorder with the same-sex parent in combination with having a shy, introspective temperament. A major study also found that almost half of men who identify as homosexual, had been molested by an older male, suggesting a strong correlation in those unfortunate circumstances.The widespread belief that that there is a "gay gene" can largely be traced to the publicity surrounding three scientific studies in the 1990's: one studying brains, one studying twins, and one studying genes(1). 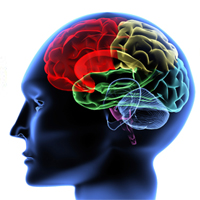 Following the death of his gay lover from AIDS, researcher Simon LeVay conducted a test to compare the size of a brain structure known as INAH3, which has been linked to sexual behaviour in animals. He studied brains from cadavers of 6 women (presumed to be heterosexual), 18 men known to have been homosexual, and 16 men presumed to have been heterosexual. LeVay reported that INAH3 was larger in heterosexual men than in women, but also larger in heterosexual men than in homosexual men. This result LeVay concluded, "suggests that sexual orientation has a biological substrate".(2) Other researchers, however, had numerous problems with his interpretation. For example, 6 of the 16 supposedly "heterosexual" male subjects had died of AIDS-an extraordinarily large percentage, given this was a period when AIDS was still contained mostly to the gay community. As one researcher said "It seems quite possible that LeVay...classified some homosexuals as heterosexuals."(3)

Other problems included the significant overlap in the overall range of INAH3 sizes between the "homosexual" and "heterosexual" groups, the possibility that sexual behaviour could influence brain structure (rather than vice versa), and the possibility that the observed effect was a result of AIDS (which caused the death of all of LeVay’s "homosexual" subjects), rather than a determinant of sexual orientation(4). 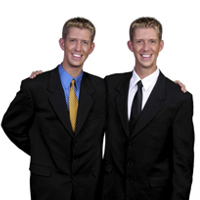 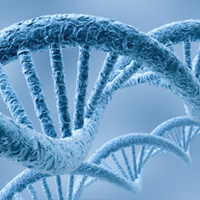 A study by geneticist Dr. Dean Hamer, theorized the existence of a gene influencing the development of homosexuality that is transmitted on the X chromosome. The study made headlines and was promoted by the media as "proof".
What the media did not report, was Hamer’s own statements that this was not conclusive proof of a gay gene. In an interview in Gene magazine, Hamer stated, "We have not found the gene - which we don't think exists - for sexual orientation... There will never be a test that will say for certain whether a child will be gay. We know that for certain."
Hamer's findings remain suspect for another reason - other scientists have been unable to replicate it. In 1999, the journal Science, published a report by a team of researchers (Rice et al) who tried to confirm Hamer's findings using a larger test. They reported "We certainly had adequate power to detect a genetic effect as large as was reported in that study...the results do not support an X-linked gene underlying male homosexuality".(7)
Conclusion: the scientific evidence does not show that homosexuality is inborn. In fact, it suggests the opposite, that it is not inborn.

The Psychological Causes of Homosexuality

Dr. Nicolosi is president of a psychological association called The National Association For the Research & Therapy of Homosexuality (NARTH). The interview was conducted by Canadian journalist Michel Lizotte.

Homosexuality 101:
What Every Therapist, Parent And Homosexual Should Know

Thousands of men and women have changed their orientation from homosexual to heterosexual, with the help of spiritual and psychological counseling. The fact that these individuals exist is powerful evidence that same-sex attracted people are not "born that way". It must be admitted that, at the very least, some gay people are not born that way.