Parents Jailed, and the Bible Banned?

I’ve already mentioned, in a previous blog, Senate Bill S-202, the “conversion therapy ban”. This outrageous proposal from a Liberal-appointed Senator criminalizes helping homosexuals and transgenders – even those who want help to change and who are desperate for healing.

It’s hard to believe the government would actually restrict the very personal decisions and choices of individuals struggling with their sexuality and gender identity. But that is exactly what Bill S-202 is all about.

Now, to make matters even worse, Justice Minister David Lametti has introduced his own “conversion therapy ban” in the House of Commons – Bill C-8. This new Bill – which is even more dangerous than S-202 – was brought forward on Monday, March 9th.

Bill C-8 represents an unprecedented assault by the Trudeau Liberals on our civil rights, personal freedoms, and religious liberties in this country.

Let me give you some real-life examples of what will likely happen if Bill C-8 passes into law:

If you’re a parent with a gender-confused child, you will not be permitted to help that child conform to his/her biological gender. If you seek outside help, or if you counsel that child yourself to find peace with his/her bodily reality, you will be guilty of “causing [a] child to undergo conversion therapy”, and you will go to jail for up to five years. You can do nothing but offer affirmation, artificial hormones, and/or mutilating sex-change surgeries to your child. [Section 320.‍103(1)].

If you’re a pastor or church leader who publicly proclaims the power of Christ to transform homosexuals and transgenders, you may be arrested for “advertising conversion therapy”. [Section 320.104]. If an ex-gay or ex-trans is converted at your church and drops some money in the offering plate, you could be arrested for receiving an indirect “material benefit for conversion therapy”. [Section 320.105].

The Liberal government, at the behest of the LGBT lobby, is moving to politicize people’s healthcare and counselling choices. They are pushing to eradicate the Christian view of sexuality and gender from the public square. They are working to suppress and deny the testimony of countless ex-gays and ex-trans who expose the lies of the LGBT narrative.

Just take a look at the testimonies that we are compiling at Campaign Life Coalition from various Canadian ex-gays and ex-trans. The government wants to silence these voices! 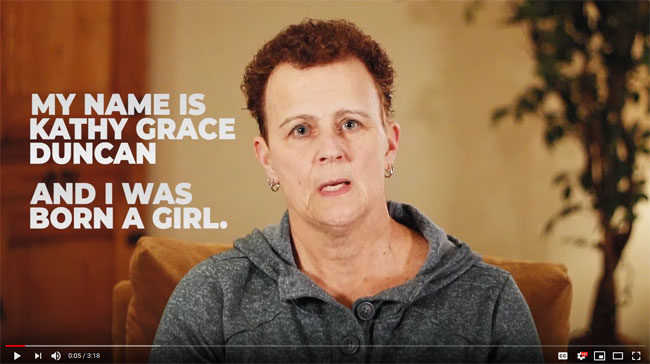 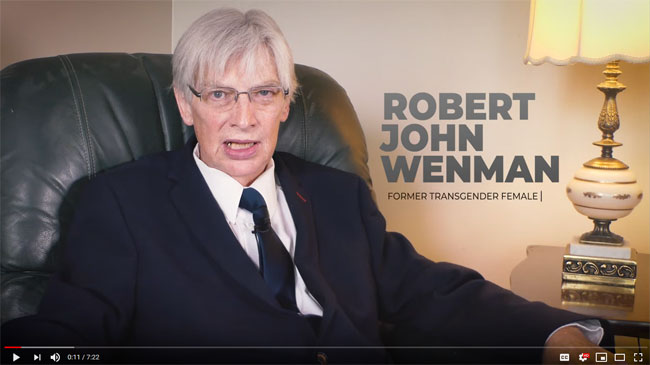 In fact, the Trudeau government’s Bill C-8 represents an even greater danger than anything I have mentioned so far in this article. Bill C-8 opens the door to a whole new level of censorship and thought-control. It may even lead to censoring – and banning – the Bible itself!

The problem with this concept is it could include virtually any material whatsoever critical of homosexuality or transgenderism that is released into the public square.

There are many books, magazine articles, brochures, tracts, podcasts, YouTube videos, web pages, and other resources that offer to help homosexuals and transgenders overcome their unwanted feelings and desires. In fact, the Bible itself offers that homosexuals can be “washed”, “sanctified”, and “justified” by faith in Christ (1 Corinthians 6:9). All of these materials, if available in an open and public medium, may be construed as “advertising conversion therapy”, and they may be seized and/or destroyed.

This is a very real possibility.

I doubt they’d try it right away, but maybe down the road, once the anti-Christian prejudice engendered in this law spreads throughout society, and it becomes accepted wisdom that Christian teaching equals hatred.

Justice Minister Lametti has also placed the bulk of his “conversion therapy ban” under the “Hate Propaganda” section of the Criminal Code. This particular section outlines offences which advocate and promote “genocide”. It would seem, by this move, that the Liberal government wants to associate the traditional, Christian view of sexuality and gender with racial hatred and genocide. This is absolutely disgraceful – and truly bigoted.

The pieces are fitting together... The Liberal government, under the influence and direction of the LGBT lobby, is working to censor and eradicate all opposing viewpoints and perspectives. They want to ban dissent. It sounds more like Communist China than the "True North strong and free"!

This is why it is absolutely URGENT for us to work to stop Bill C-8 before it goes any further. This totalitarian, neo-Marxist “conversion therapy ban” must be blocked. And, Lord willing, with your help, we can do it!

Please join me in sending an Action Alert Email to our local MPs today.

Simply click here to go to our Action Alert Email tool, fill in your name and address, and we will send a pre-scripted message to your local Member of Parliament. You can even add your own personalized message, if you like!

If MPs from every party – from all across this country – begin receiving thousands of emails from their constituents opposing the “conversion therapy ban”, they are going to think twice. We may even see some “champions” emboldened to step up and speak out against the ban in the House of Commons.

Thank you, and may God bless Canada.