Embryonic stem cell research is immoral because it involves creating human beings for the purpose of killing them and harvesting their parts. In contrast, adult stem cell therapy is licit because no human life is terminated in the process.

Adult stem cell research is not only moral, but has actually produced dozens of cures whereas with embryonic stem cells, not one single cure has been found.

What is a stem cell?

The human body is made up of billions upon billions of cells. There are about 200 different types of cells which are specialized for different purposes. For example, your body has blood cells, muscle cells, bone cells, skin cells, etc. These "differentiated" cells perform just one specific function.

A "stem" cell refers to a cell that is "undifferentiated". Undifferentiated cells are valuable because they can be used to grow tissue for various parts of the human body. Think of a stem cell as a 'blank slate'. You can program that blank slate to become anything you want – a heart cell, a skin cell, a brain cell, or any one of the 200 specialized cells found in your body! It's a "super cell" of sorts.

Differentiated cells are common. Stem cells are more rare and can only be found in certain parts of the human body, such as bone marrow, liver, fat and fetal cord blood. Whereas a differentiated cell, like a skin cell, can only produce more skin cells, a stem cell can be programmed to produce all the different cells found in the human body. Hence where the name is derived – the "stem" of a plant can grow leaves, branches or flowers.

Where do stem cells come from?

Stem cells may be harvested from (3) sources:

Stem cells can be harvested from the patient's own body, from tissues such as bone marrow, liver and fat. This is ethical because no serious harm is done to the patient in order to retrieve his own stem cells. Research done using this type of cell is called "adult stem cell research".

Stem cells are harvested from embryonic human beings. In the process of harvesting stem cells, the embryonic person is necessarily destroyed, as that is the only way to extract his stem cells. This is an act of murder. Human beings cannot be created for spare parts. Since the human embryo is a human being, it is gravely unethical to kill him. Harvesting normally occurs by day 5 after conception (fertilization) because the cells begin to differentiate soon after, and lose their "pluripotent" ability to become any tissue in the body. These embryonic humans come from the hundreds of thousands that are stored in IVF clinics across North America where most were originally conceived for implantation in infertile women and lesbians. 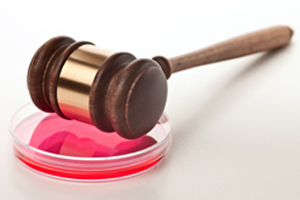 The argument is given that the leftover embryos will be discarded by IVF clinics anyway, so why not use them to try finding cures? Simply put – we can never commit evil to achieve a good end. The ends do not justify the means.

Here's an analogy to illustrate the moral principle. Suppose the Sick Kid's Hospital has a child in residence who is terminally ill and may only live another year or two. Let's say that a doctor approaches the parents of a different child on a kidney donor waiting list and says "Listen, I can move you up the list. How about I kill the boy on the third floor and take his organs? He'll eventually die anyway". The parents who's child is on the waiting list would be morally obligated to the refuse the transplant.

Politicians and lobbyists try to avoid the moral problem by denying science and pretending that the human embryo is not a human being. Scientifically however, the question is settled.

To date, here are the figures:

Embryonic stem cells have not produced one single cure. Adult stem cells however, have been successful growing tissues that have restored sight, healed brain trauma, helped a paralyzed woman walk, and dozens of other amazing cures.

Not anymore. It was true in the past that adult stem cells were less flexible and could be reprogrammed into a fewer number of differentiated cells than the embryonic type. Embryonic stem cells could create all 220 types of cells – called "pluripotency". The adult stem cell meanwhile, was less flexible (not pluripotent) and could only be reprogrammed into about 80 types of cells.

However, this is no longer true. New discoveries in adult stem cell technology are poised to turn ordinary skin cells into an "embryonic-like" stem cell in terms of its pluripotency. This is called an Induced Pluripotent Stem cell (IPS) which can be programmed into all the cell types by simply introducing a gene to "trick" the adult stem cell into reverting to it's undifferentiated form.

Greed, not cures - the real motive 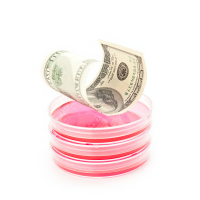 The scientific literature shows that ethical adult stem cells have produced all the cures, are not prone to tumors, are accepted by the patient and offer the brightest hope for future cures of diseases like Alzheimer's and cancer.

Furthermore, promising scientific breakthroughs suggest these adult stem cells will be as pluripotent as the embryonic type.

Conversely, embryo-destroying stem cell research has not produced a single cure, cause deadly tumors and are rejected by recipients.

So why are governments being pressured to pour all the money into embryonic stem cell research and ignore adult stem cells?

MONEY and GREED are the answers. When adult stem cells are taken from your own body, and then put back into your body, there's no commodity to sell. If however, a biotech firm owns a patented line of stem cells, they can charge for it and make billions of $$. There is no other explanation for the irrational pursuit of a technology that does not work. For many scientists there may also be the allure of fame and the prospect of a Nobel prize for being the team to discover cures with embryonic stem cells.

In truth, the stem cell wars should be over because adult stem cells have already won.