Once again, the LGBT lobby is trying to push their destructive agenda in Ontario.

Their latest move is seen in the introduction of Bill 17, “An Act to establish the Gender Affirming Health Care Advisory Committee”.

Bill 17, if passed, would create a biased pro-LGBT government committee whose sole purpose would be to push the LGBT agenda in provincial health care policy. This Bill would pave the way to a radical expansion of transgender “healthcare” services, with Ontario taxpayers footing the bill and gender-confused adults and children suffering the consequences.

Bill 17 would further enshrine the lie of gender theory (i.e. “choose-your-own-gender”) into our laws and institutions.

Ms. Suze Morrison, NDP MPP for Toronto Centre, brought forward this Bill at Queen’s Park on Oct. 18th. During second reading on Oct. 19th, MPPs were practically falling over each other to praise Ms. Morrison for her radical proposal. 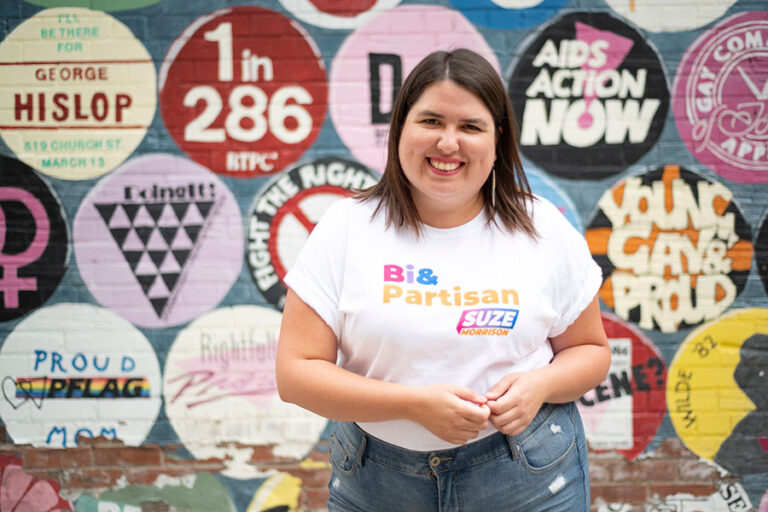 Even the Minister of Health’s Parliamentary Assistant, Ms. Robin Martin, spoke positively of the Bill and promised to “carefully consider” it. She gushed, “This government and all of Ontario stands with transgender, two-spirit, non-binary, intersex, gender-diverse folks and the entire LGBTQ2S community, and we always will.” (Hansard, Oct. 19, 2021).

This is very troubling. There was no pushback from any MPP in the Doug Ford government. There was no word of criticism or dissent. That’s why we need to start reaching out to MPPs today to let them know our concerns over Bill 17.

Bill 17 has now been referred to the Standing Committee on Social Policy, after which it will be brought back to the Legislature for a third and final vote. This could happen at any time.

According to Ms. Morrison, Bill 17 is absolutely essential to ensuring more sex-change treatments of more types are performed more quickly on more gender-confused individuals in Ontario.

She lamented in the Legislature: “OHIP today currently only covers two types of gender-confirming [sic] surgery: genital and chest... But we know there are many additional procedures that are critical to affirming how people think and feel about their own gender, including, but not limited to, facial feminization surgery, chest contouring, electrolysis. All of these procedures and treatments are not covered by OHIP, forcing people to pay out of pocket for what is essential health care.” (Hansard, Oct. 19, 2021).

Genital and chest surgeries, facial feminization surgery, chest contouring. Let’s be clear: Ms. Morrison is talking about butchering healthy body parts just because a person “feels” gender-confused! This is unconscionable – and it should never be paid for with tax dollars.

Nevertheless, Ms. Morrison asserts that electing to be mutilated is “essential health care”. In fact, she claims this so-called “gender-affirming care is life-saving.”

In her speech to the Legislature, Ms. Morrison raised some disturbing statistics to win sympathy to her proposal: “A 2020 Trans Pulse Canada survey found that one in three trans, two-spirit or non-binary people had considered suicide in the past year.” Certainly, this is a tragedy! But what is the root cause?

Could the root cause be mental illness, sexual abuse, past psychological trauma, regret about having used puberty blockers, or merely the consequence of bad lifestyle choices? Not according to Ms. Morrison. The root cause is only one thing: delayed sex-change treatments. Ms. Morrison states: “So many trans folks in our communities are dying either by suicide or through violence because they can’t access this critical, critical care.”

Apparently, mutilation is the solution to gender confusion!

Heaven forbid we suggest any sort of psychological counselling, pastoral ministry, or reparative therapy for these troubled souls! Heaven forbid we help them come to terms with, and accept, the body God gave them! No. Ms. Morrison wants them mutilated, disfigured, and sterilized as quickly as possible. This is what Bill 17 will do.

There are many ex-trans individuals who speak of the regret they experience for having gone down the path of sex-change surgery. One such individual is Keira Bell. (You can find out more about her and others at our Stop the Ban web site.)

As a teenage tomboy from a broken home, Keira was deceived into pursuing sex-change at the age of 15. She was put on puberty blockers at age 16 and underwent a double mastectomy at age 20. 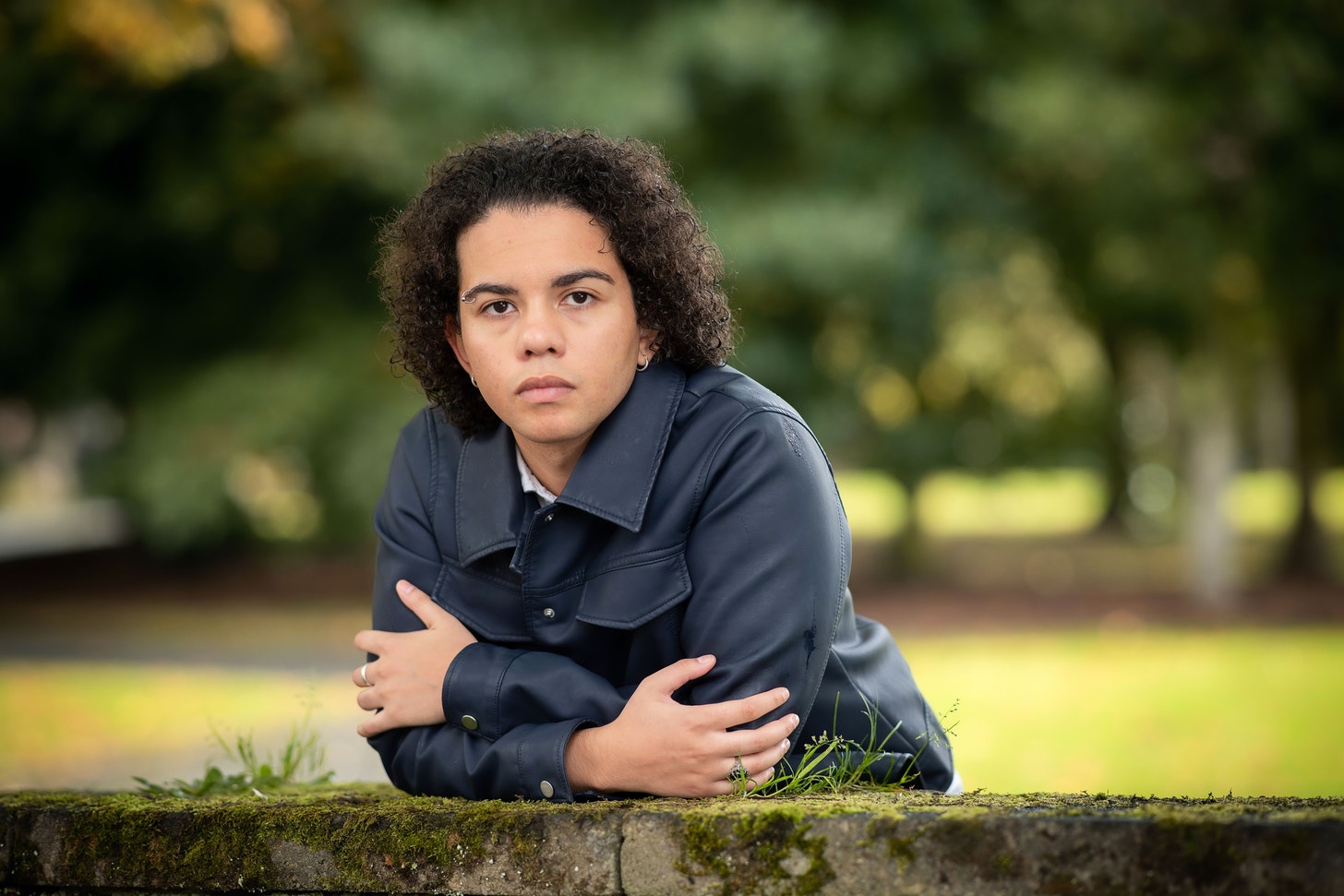 Keira writes, “But the further my transition went, the more I realized that I wasn’t a man, and never would be. We are told these days that when someone presents with gender dysphoria, this reflects a person’s ‘real’ or ‘true’ self, that the desire to change genders is set. But this was not the case for me. As I matured, I recognized that gender dysphoria was a symptom of my overall misery, not its cause. Five years after beginning my medical transition to becoming male, I began the process of de-transitioning.”

Making sex-change procedures easier and more accessible in Ontario will only lead to more stories of heartache and regret like Keira’s – especially among our youth. Research shows that over 84% of gender dysphoric youth come to accept their biological sex upon entering adolescence or adulthood. This “transgender desistence” is a normal, expected, and desired outcome, avoiding all the harms associated with sex-change surgeries and artificial hormone therapies.

However, under Bill 17, there is absolutely no room for desistence. The committee formed under Bill 17 must be in lock-step with the radical LGBT lobby and its ideological demands. Members must promote only “gender-affirming” care, which is a code word for chemical and surgical sex-change treatments.

It is vital that this NDP private member’s Bill 17 be voted down at third reading. The Doug Ford government must not expand or enhance sex-change services in Ontario. They must certainly never declare them “life-saving”. They are anything but. Also, we have many more pressing – and more critical – health care priorities in this province in the wake of COVID-19!

Yours for Life and Family,