On December 1st Justin Trudeau’s Liberal Party proved once again that it is a veritable hate group against Christians. Liberals introduced second reading of Bill C-4 which aims to criminalize so-called “conversion therapy”.

The true goal of the bill however, is to make it illegal to share biblical teaching or moral guidance about transgenderism and homosexuality, whether you’re a religious leader or loving parents.

C-4 will make the expression of these Christian sexual teachings illegal whether from a pulpit to warn believers about the consequences of sin, or in the intimacy of a family home as a private conversation between parents and their gender-confused child.

Also on December 1st, Erin O’Toole proved yet again that he’s nothing more than a Liberal in sheep’s clothing and bears no resemblance whatsoever to either a real conservative or a genuine Leader of the Opposition. To everyone’s shock, the Conservatives, her majesty’s loyal opposition, whose job it is to “oppose” the Liberal government, refused to do any opposing!

Instead, O’Toole had his Justice Critic, Rob Moore, introduce a motion to skip parliamentary democracy and deem Bill C-4 to have “unanimous consent” from all MPs so that it could pass straight to the Senate.

And that’s precisely what happened.

There was no second reading...

No witnesses to testify about potential harms of the bill...

It went straight from Trudeau’s election platform to the floor of the Senate.

Not one single Conservative MP stood up to vote against unanimous consent and force the normal parliamentary debates and votes to happen. Not even the pro-life MPs who were sitting in the House.

Now it's up to the chamber of sober second thought to decide whether parents and religious leaders should be criminalized.

Obviously, the 60 or so Conservative MPs who voted against the previous version of Bill C-4 were threatened or intimidated into letting it pass.

No doubt, the specter of being kicked out of the Conservative caucus - just like O'Toole did to Senator Denise Batters, MP Derek Sloan and the suspension of CPC National Councillor Bert Chen (driven by O'Toole) - hung like the sword of Damocles over their heads.

But fear of getting punished by O’Toole is no excuse for holding one’s tongue and fast-tracking what is arguably one of the most dangerous and unconstitutional pieces of proposed legislation ever seen in Canada.

This abandonment of parliamentary democracy is a sign of Mr. Trudeau moving closer to having the dictatorial power he has long admired and desired.

More and more, it seems our government now functions like this: Trudeau issues an edict, the government-funded journalists in the mainstream media demonize anyone who might oppose Trudeau’s agenda, and then the frightened and intimidated Conservative “opposition” rubber stamps Dear Leader’s diktat into law.

This has to change, but it will require replacing O’Toole as Conservative Party Leader. If you want to help remove O'Toole, sign this petition at membersvote.ca.

Parents and pastors can be jailed up to 5 years

There were many reasons for MPs to allow debate on this bill. Not only that it takes away the right of adults who no longer wish to identify as LGBT to get the type of clinical therapy or spiritual counselling that they want for themselves, but even graver reasons. 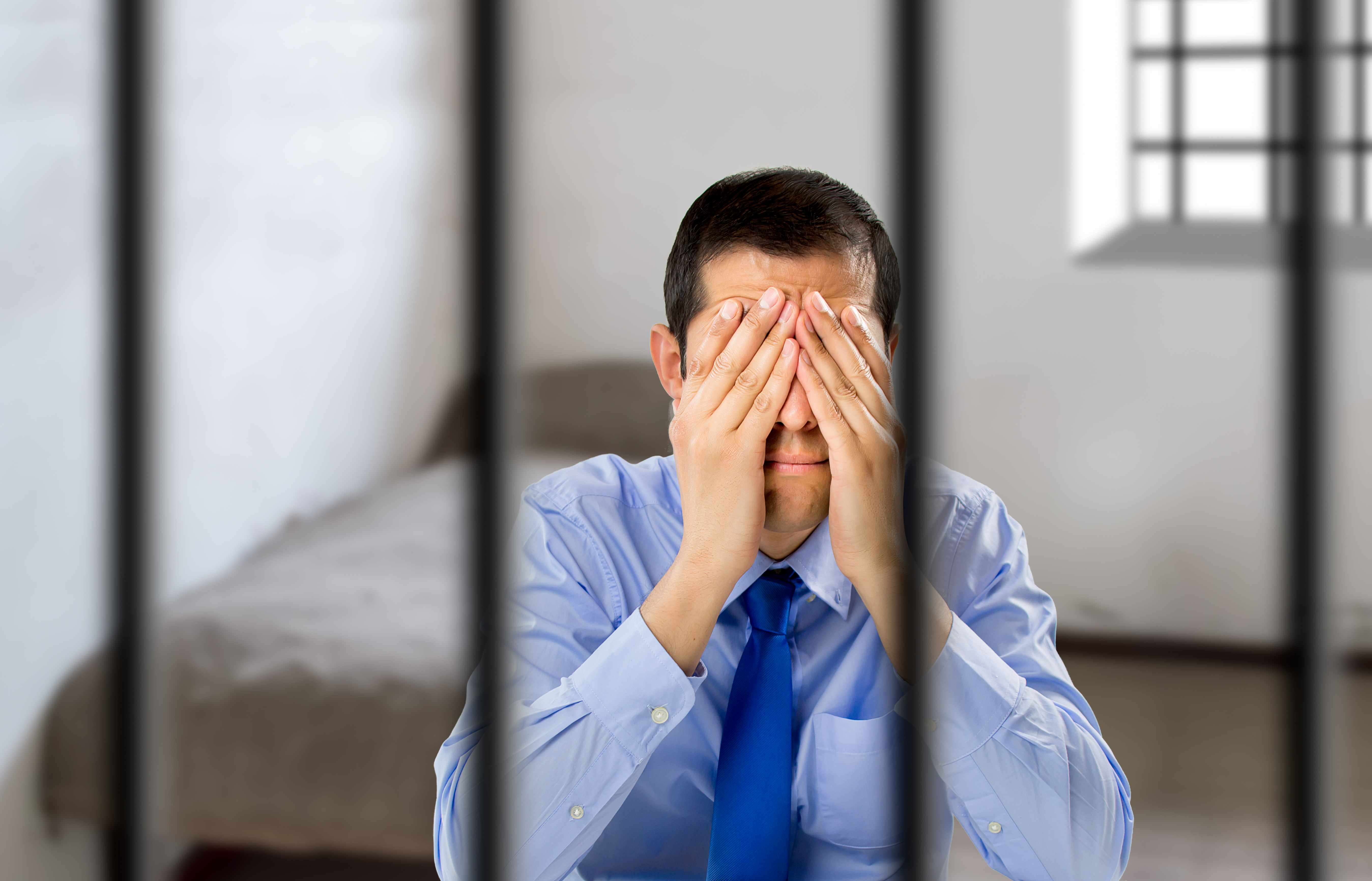 For me, the most alarming aspect of C-4 is that it can put parents in jail for up to five years if they dare to affirm their gender-confused child in the body he or she was born.

Imagine the following scenario which, unfortunately, is all too realistic these days. Six-year-old Johnny’s “progressive teacher” indoctrinates the classroom with a series of gender identity lessons. Little Johnny comes home and tells his parents he wants to wear a dress and make-up to school tomorrow.

They gently say "no" and affirm him in his biological, God-given sex. The bill’s definition of “Conversion Therapy” is broad enough to include exactly this kind of scenario. Parents can face a fiver in prison for this common sense parenting.

Bill C-4 will make it illegal for mothers and fathers to prevent their underage daughters from taking puberty blockers and cross-sex hormones.

These powerful drugs can produce sterility and have irreversible effects that children simply don't have the mental capacity or power of long-term judgment to be able to truly give informed consent to such procedures.

On the flip side, the fear of being prosecuted will cause virtually all medical and psychological professionals to offer only one solution to families that come to them for help with a gender-confused child: identify as transgender and begin puberty blockers and cross-sex hormones.

No psychiatrist or psychologist will have the courage to counsel the child's parents with the wait-and-see approach that was used until recently by most professionals, in order that children can grow out of their transgender delusions. Even if known risk factors for gender dysphoria are present, such as sexual abuse or autism, they will not have the courage to counsel against transgender identification.

Even the American Psychiatric Association admits that as many as 98% of gender-confused boys and 88% of gender-confused girls eventually accept their biological sex after naturally passing through puberty(1). In other words, if you just leave the kids alone, most of them will grow out of the delusion of being trapped in the wrong body.

We know that C-4 is targeting parents not only because the open-ended text of the bill is so overbroad that it can only have been deliberately designed to catch normal parenting, but also because Justice Minister David Lametti and Minister Bardish Chagger admitted it on camera.

Watch this video compilation that CLC put together of the Ministers' responses to journalists, as proof: 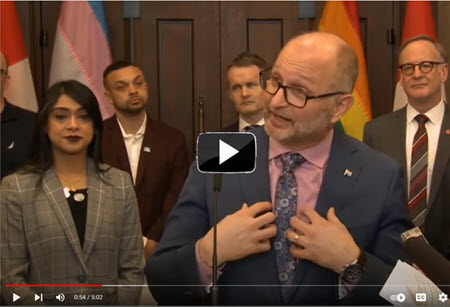 It's undeniable, from the Liberal government's own lips, that Bill C-4 is really a parental prosecution bill. The true goal of the conversion therapy ban is to enable law enforcement and para-legal agencies to reach into the home and the church.

Even if law enforcement doesn’t choose to lock up the parents in jail, there are other ways to ruin their lives. The law would give Children's Aid Societies the excuse to separate the child from his or her parents, charging that they are practicing a form of "conversion therapy" and that their traditional parenting represents "torture".

Boogey man of “torture” distracts attention from their real goal

The Trudeau Liberals know full well that the "discredited practice" to which they keep pointing, of forcibly confining and electroshocking homosexuals is just a boogey man to distract from the bill's real objective - to put the government between parents and their children, and to silence religious leaders in their ability to preach biblical truths about sexuality.

The Liberals know full well that electroshocking of homosexuals has not taken place for almost 50 years. It simply doesn't happen. It's a fake argument to get the public to buy-in and to avert attention from the real goal of criminalizing parents and pastors.

If banning procedures from 50 years ago was the government's real concern, they would've used precise language and a narrow definition that criminalized only electroshocking of gays, the use of nauseating chemicals and the use of forcible confinement and violence in the application of those techniques (which aren't used any more, anywhere in Canada).

Testimonies of Ex-trans and Ex-gays ignored

The MPs who supported Bill C-4 have ignored the testimonials of people who were helped and even saved from suicide, thanks to what the Bill C-4 is falsely defining as "conversion therapy".

Campaign Life Coalition had compiled a video series of ex-trans and ex-gays who share how spiritual counselling and clinical therapy helped and healed them. Check out these short testimonials at our stoptheban.ca website.

Please, contact your provinces Senators with a click of your mouse by using our Action Alert Email tool, here.