Late last week, the Trudeau government made the startling announcement that mandatory mass-vaccination may soon be coming to Canada. Despite Canada’s high rate of compliance (81.3% of eligible Canadians), Mr. Jean-Yves Duclos, Canada’s Minister of Health, is pushing for forced vaccination of every eligible Canadian: “I think that discussions need to be had about mandatory vaccinations.” 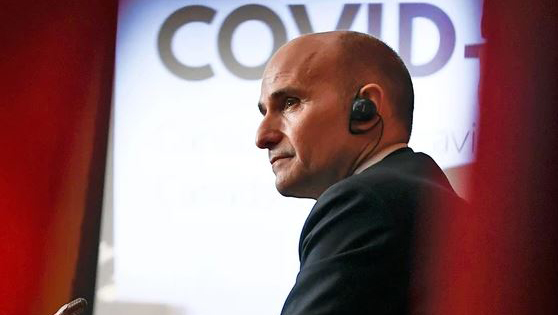 Above: Mr. Jean-Yves Duclos, Minister of Health for Canada / Source: The Canadian Press

The Quebec government followed this up with its own announcement today of an unprecedented “healthcare charge” for unvaccinated Quebeckers. This new type of tax on conscientious objectors will be a “significant” expense, according to Premier François Legault.

This is disturbing news for those of us who love the “true North, strong and free” and have serious reservations about abortion-tainted COVID-19 vaccines. Is this not an extreme form of discrimination? Even persecution?

Besides Quebec, only a small number of jurisdictions around the world have announced penalties for all unvaccinated citizens. In Australia’s Northern Territory, the unvaccinated are barred from leaving their homes, even to work. The Austrian government has announced a plan to fine the unvaccinated over $15,000 a year, starting in February, with jail sentences a possibility. Greece will fine objectors around $1,500 a year.

In a recent interview, Prime Minister Justin Trudeau made some outrageous comments concerning unvaccinated Canadians. He labelled them as “very often misogynists and racists” who “don’t believe in science.” He even raised the ominous question, “Do we tolerate these people?” It seems he is seeking to rally support for further oppressive measures against the unvaccinated. “We are going to end this pandemic by proceeding with the vaccination,” Mr. Trudeau stated. 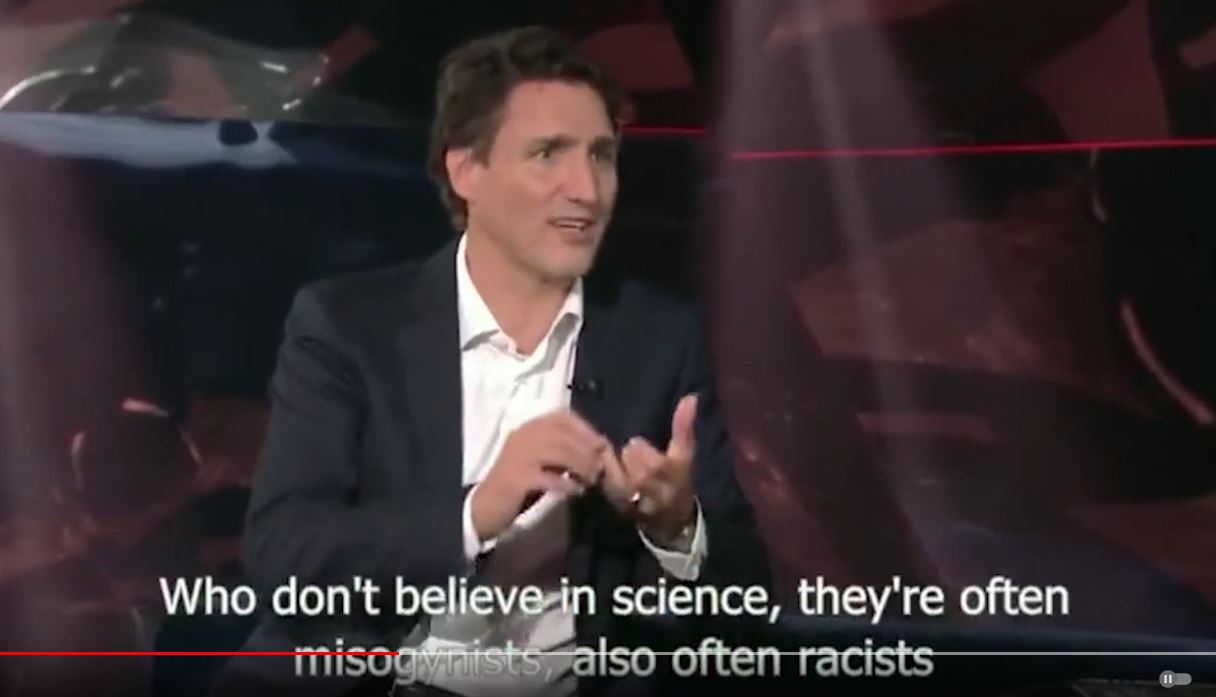 The Trudeau government’s move towards mandatory vaccination is a hypocritical turnaround from its previous principled position. Last May, Mr. Trudeau solemnly affirmed, “We’re not a country that makes vaccination mandatory.”

According to a 1996 Public Health Canada Report, which has guided public health policy up to the present: “Unlike some countries, immunization is not mandatory in Canada; it cannot be made mandatory because of the Canadian Constitution.” That Constitution affirms freedom of conscience, freedom of religion, and security of the person.

How quickly our political leaders cast away their principles as the tide of popular support for vaccine discrimination rises, fueled as it is by mainstream media propaganda!

SEND AN ACTION ALERT EMAIL TO YOUR MP/MPP/MLA

I have previously written to you about our deep-seated concerns over abortion-tainted COVID-19 vaccines.

It is a fact that every single COVID-19 vaccine available in Canada today has been developed using human fetal cell lines produced from the slaughter of healthy preborn children. Pfizer, Moderna, and AstraZeneca vaccines exploit the HEK293 fetal cell line, while the Johnson & Johnson vaccine exploits the PER.C6 fetal cell line. (More details are available at the Children of God for Life web site.)

The first principle of the Nuremberg Code for medical research is: “The voluntary consent of the human subject is absolutely essential.” According to the Code, “This means that the person involved should have legal capacity to give consent; should be so situated as to be able to exercise free power of choice, without the intervention of any element of force...” 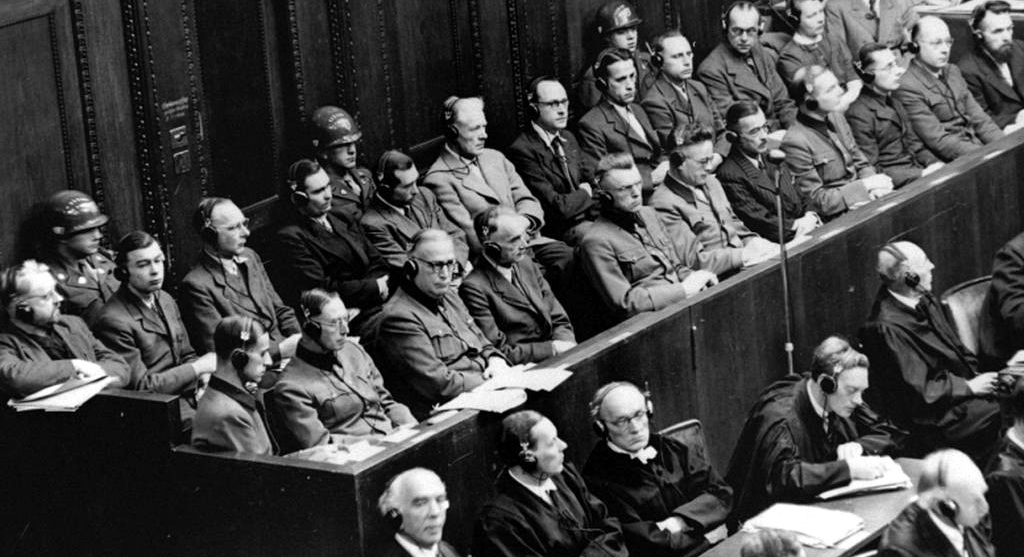 Above: The Nuremburg Doctors’ Trial produced the Nuremberg Code in response to Nazi atrocities committed in the name of “scientific research” during Hitler’s reign.

It is obvious that the innocent preborn children murdered in the development of HEK293 and PER.C6 were neither asked for their consent nor given any choice. The destruction of their lives by abortion employed the most extreme form of force.

Some Canadians believe the vaccines produced by such ethical violations are completely unacceptable, no matter how far removed they are from the original crime. They feel the funding and promotion of these abortion-tainted vaccines only perpetuates unethical science, removing any incentive to pursue ethical alternatives.

Some Canadians also feel that using an abortion-tainted vaccine makes them morally complicit in the act of abortion itself – and abortion is nothing less than murder! In legal terms, they feel it is like being an “accessory after the fact”, i.e. one who supports the criminal as he gets away with his crime. While it is true that God can bring great good out of terrible evil, it is something altogether different when people justify evil practices for the sake of “the greater good”.

SEND AN ACTION ALERT EMAIL TO YOUR MP/MPP/MLA

In a free country like Canada, where human rights are highly esteemed, the right to conscientiously object to a questionable vaccine should be a given. Especially when the survival rate for those who contract COVID-19 is incredibly high (at least 99.92%), according to the government of Canada’s own statistics.

Some experts consider it a human rights abuse to try to force an unwanted medical procedure on any responsible adult. Dr. Julie Ponesse, an ethics professor at the University of Western Ontario, who was put on leave for her views, says, “It’s ethically wrong to coerce someone to take a vaccine.”

Coercion, intimidation, and manipulation are terrible things, especially when used to silence our conscientious objection to abortion-tainted vaccines. When that happens, we are no longer living in a free and democratic society, but in a medical tyranny.

That’s why I am asking you to reach out to your MP and MPP/MLA to urge them to reject the imposition of mandatory vaccination in Canada.

Whether you are vaccinated or unvaccinated, please join us in this fight to preserve our freedom of conscience in Canada. Help us to stand up against the Trudeau government’s efforts to usurp our rights, dictate our personal, informed medical decisions, and create segregation in society.

Yours for Life and Freedom,

Send an Action Alert Email to your MP and MPP/MLA here: https://www.votervoice.net/CALIFE/campaigns/86935/respond