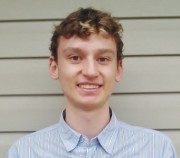 Voicing a pro-life message can sometimes require the courts

The recent censorship and discrimination faced by our pro-life student club at Kwantlen Polytechnic University in British Columbia was a challenging but important learning experience. It taught us and many others who followed the situation that all pro-life activists must stand up for their beliefs and the rights of the unborn, using all available tools – including legal ones.

We quickly learned that using the courts to defend our fundamental freedom is not somehow an ugly act of aggression, nor is it an action that pro-lifers should neglect. I’m pleased to say that the threat of a lawsuit worked to defend our right to freedom of speech and freedom of association.

As a first-year student anticipating the wonders that our Protectores Vitae pro-life club could do on a campus, it was very discouraging to have our application for official club status rejected by the Kwantlen Student Association (KSA).

After the initial feelings of defeat we sprung back up, and with the help of National Campus Life Network, studied the actual wording of the policies and regulations of the student association. Some glaring problems and inconsistencies we noticed included an amendment to the Club Procedures, which was made after our application was submitted. The amendment basically made it impossible to form a pro-life club on campus.

The KSA refused to admit that they were contradicting their own policies, which stated that they “will not censor, control or interfere with any club on the basis of its beliefs, interests or opinions”, and continued to ignore my questions regarding our club’s status. I imagine that they thought we would become discouraged and let it go. This is when legal action became necessary.

Thus John Carpay, an attorney at the Justice Centre for Constitutional Freedoms (JCCF) started assisting us. Even after sending a letter to the KSA warning them that they were being discriminatory and thus opened themselves up for a lawsuit, the KSA would not reverse their decision. We then started gathering the necessary documents for filing a lawsuit. After two weeks of pressure from John Carpay and the media, the KSA ended up granting us the club status we originally requested!

When the truth needs to be heard, it will be heard. The pro life movement always starts with somebody saying, “That’s enough, I will take a stand for the unborn.” From that willingness, momentum surges. A unified body built on spreading the truth, but not separating it from love, begins to demand justice. Yet if justice is still not granted, the law that defends a person’s right to free speech can be appealed to, to ensure that the pro life message will be heard.

In hindsight of the last month, it is abundantly clear that silence was never an option. The pre-born, whom we fight for, will continue to be slaughtered because they can’t be heard. Pro-lifers cannot be silent.  It is up to us to make a racket! If you really think about it, if we proclaim unity as a precious part of this movement, then what is making us forget the unity we share with those in their mother wombs? Never let us forget that the unborn are pro-life too! Yet, our little friends are without a voice. If we have the abilities and the means to let their voice be heard, then it is up to us to make some noise! Even if that noise includes the words, “I’ll see you in court!”

Comments
By: Kathleen Toth
December 21, 2012 @ 11:26am
God bless you, Oliver, for persevering, and God bless John Carpay for the wonderful help he can provide. Hopefully, your success will encourage other pro-life campus clubs to do what you did.

Merry Christmas!
By: G A Quinton Kuschei
December 21, 2012 @ 5:53pm
"Thank you" Oliver Capko for exhibiting selfless courage and bringing to light the prejudice that exists on the campus of Kwantlen Polytechnic University in British Columbia and "thank you" John Carpay for lending legal assistance to the students in the fight for legal status of their club.
It is disheartening to learn that a Canadian institution, which should exist to enlighten minds and encourage debate, would rather stifle students who value life in all its forms. Thank you Oliver and John for standing tall, and fighting for justice.
By: Chris Montoya
December 21, 2012 @ 6:06pm
Speaking as a past stem cell researcher at the University of Cambridge England, you are quite right, scientifically human life begins at conception. Human Lifespan Textbooks at the University Level state the fact clearly. Finally, the moral decisions humans make are neither logical nor consistent.

Therefore, if you ever need a PhD, who has published in the area, to help you with your cause let me know : ) You are not alone: Fight the Good Fight. In a free society all points of view need to be heard.

Chris Montoya
By: retta
December 23, 2012 @ 1:20pm
life is wonderful and those like u and they who supported u help make it so. keep up the good fight. peace, happiness, good health, and love for the New Year.
By: jack
December 24, 2012 @ 4:04am
This is a disgusting website, and Jesus would be ashamed of you.
By: Campaign Life Coalition
January 8, 2013 @ 1:52pm
Hi Jack. Are you implying that Jesus is in favour of killing children in the womb via abortion? What would your evidence for that be?