Sorry, Canada's abortion regime is no 'role model to the world'

I never knew there was a “responsible” way to kill babies. That is, until I read Joyce Arthur’s recent article where she gushes over the upcoming 25 year anniversary of the Morgentaler ruling when the Supreme Court struck down Canada’s laws on abortion.  She is the Executive Director of the Abortion Rights Coalition of Canada.

Yup. She schooled me good. Thanks to Joyce, I now realize that Canada’s mass killing of millions of children in-utero is actually “responsible abortion care”.  Golly gee, if all it takes to ascribe a positive meaning to an ugly act is changing the words we use, I suppose a child pornographer should likewise be able to call himself a “responsible sex educator”.

Joyce explained that the January 28, 1988 ruling has made Canada “a role model to the world”. Her article laid out reasons for that honour, including the following claims:

1. In Canada, “doctors and women handle abortion care responsibly”
2. Canada permits “abortion-on-request” for any reason at all, no questions asked
3. Our abortion status quo respects a woman’s right to “bodily integrity”
4. “Maternal deaths and complications from abortion are fairly low”
5. Abortion-on-request is the “moral high road” -- it “saves lives, raises women's status, and...  benefits everyone”

Hmm. Do Joyce’s high-sounding claims hold up to scrutiny as reasons for Canada to be a role model for the world? Let’s examine each one.

Let’s set aside the small detail that killing innocent people is never responsible, and look only at the technical veracity of this statement.

First, the term “responsibly” suggests there is a significant measure of self-restraint involved in the decision to abort.  To use the 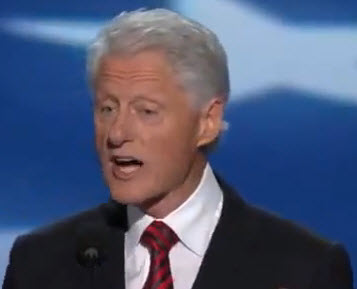 famous Clinton cliché, it implies that abortion should be “rare” and committed only in dire circumstances.  With easily over 100,000 abortions committed in Canada every year (Stats Canada figures under-report because provinces withhold data), this statement collapses under the weight of that massive number.  If our nation annually aborts a population the size of the City of Kamloops, we’re not describing “responsible” behavior. We’re not talking about a “rare” situation. We’re describing a situation that’s out of control, without any restraint at all. Add to this, the statistic that 1/3 are repeat abortions and we can safely say that “willy nilly” is a more accurate description of our abortion regime than “responsible”.

Secondly, the assertion that “doctors and women handle abortion care responsibly” suggests that women are jointly discussing this decision with their family doctor, and that it’s arrived at with the thoughtful counsel and support of the woman’s family doctor.  The statement harkens to a favourite line of pro-abortion politicians “It’s a decision between a woman and her doctor”.  The problem is it’s a near total lie.  Much, if not almost all of the time, women never discuss abortion-choice with their family doctor. Women, often times coerced by a boyfriend or husband, simply call the abortion facility or a “sexual health office” and book an appointment. There’s no involvement with the woman’s doctor at all. The first doctor she encounters is the abortionist whom she gets to meet for the first time on the operating table. By that point, the decision to abort has been made. The abortionist isn’t here to counsel her. He’ll spend about 20 minutes with her to dismember and decapitate her baby. The woman is not even likely to see much of the abortionist’s face.

Sorry Joyce, but no cigar on this one.

Is abortion-on-demand as it’s often called, something to make Canadians proud? According to figures from the abortion industry’s own research division, The Guttmacher Institute, plus independent statistics gathered by seven U.S. state governments, abortion is used today as a back-up birth control method more than 96% of the time.

The majority of people I speak to who identify as “pro-choice” tell me they are disgusted to learn that abortion is being used as a form of birth control. Once again, Joyce got it wrong.  Our regime of abortion-on-request is a source of national shame, not national pride.

For historical clarity, I’ll mention that even prior to the 1988 court ruling, in practice, Canada already had abortion-on-demand. The law passed by Pierre Trudeau in 1969 created “Therapeutic Abortion Committees” (TACs) in hospitals, which were panels of 3 doctors who had discretion to approve the killings.  Already, between 1969 – 1987, abortion rates had shot up dramatically under the TAC regime because the doctors rubber-stamped virtually all applications. For example, we've seen from the therapeutic abortion records of an Ontario hospital between 1971 (when they started) until 1988 (when the committee was disbanded), that no request was refused. The committee never saw the woman and indeed, they signed the papers in the hallways. 99% of abortions were committed for "mental health and psycho-social reasons", and this means they were approved on request.  The records show this hospital had many repeat abortions and one year, a woman had her fourth abortion. The procedure was definitely being used as a form of birth control.

I’m really baffled by this one Joyce. How are we helping women achieve bodily integrity when abortion chops up the tiny bodies of baby girls and dismembers them? What about the “bodily integrity” of the girl-child in the womb?  If you have the stomach for it, look at this photo of an actual aborted baby, and ask yourself if she has “bodily integrity”.

Fairly low compared to what? A 100% correlation? The studies I’ve read show a dramatic relationship between women who abort and subsequent maternal death, suicide and complications.

A study sponsored by the College of Physicians and Surgeons of Ontario found that women who underwent abortion experienced a 4 times higher rate of hospitalization for infections vs. childbirth. In 2000, the UK’s Royal College of Obstetricians and Gynecologists established that the immediate physical complication rate of induced abortion is at least 11%. A similar U.S. study found a higher complication rate of 17%.

Wrong, wrong, and triple wrong.   First, abortion doesn’t save lives, it takes them. Not only the babies’ lives, but also those of the women who abort, as evidenced by the much higher maternal death and suicide rates.  The abortion industry would likely counter with the tired, old spectre of the “thousands of women” who would die by “back alley coat hanger” abortions, if they were made illegal. That was a lie in 1969 and it would still be a lie in 2013. Former abortionist, the late Dr. Bernard N. Nathanson admitted after his pro-life conversion that he and other abortion industry leaders invented out of thin air the figure of “tens of thousands of women dying from illegal abortions”. This was to gain public sympathy for legalization.  Those high numbers were never true.  The fact is that for decades prior to its legalization, 90 percent of abortions were done by physicians in their offices, not in back alleys(1). If abortion became illegal in 2013, doctors who choose to break the law would still do them with medical equipment, not with coat hangers. The suction tube equipment used by abortuaries is inexpensive and easy to obtain.

Secondly, legal abortion doesn’t raise women’s status.  On the contrary, it makes it easier for men to keep treating woman as purely sexual objects whom they can simply pressure or coerce into abortion should they ever become pregnant.  The sexual revolution has not liberated women. It has liberated men to objectify and abuse women.

Finally – does abortion really “benefit everyone” as Joyce claims?  A root cause of the impending bankruptcy of Medicare and the Canada Pension Plan (CPP) is the decline in Canada’s birth rate since the 1960’s.  Naturally, abortion contributes to that problem. For example, the CPP was enacted by legislation in 1965 during a time when each woman had approximately 3.5 children (see chart). The CPP funding model made economic sense at a time when the birth rate predicted a sufficient number of future workers would exist to pay taxes in support of the benefits to be received by pensioners.

The funding model no longer works however, because the numbers have changed dramatically and the worker-to-pensioner ratio has plummeted. After the legalization of abortion and widespread contraception, Canada’s birth rate fell dramatically to just 1.58 children per woman as of 2011. Combined with longer average life-spans in old age, this resulted in a precipitous decline in the ratio of Canadian workers (who pay taxes) to pensioners (who receive CPP benefits). That ratio has been decimated since 1965.  In 1985 for example, Canada had almost 5-1/2 workers per pensioner. Currently there are barely more than 3 workers per pensioner.  By 2025 that is projected to be approximately 2.5 workers per pensioner. See chart for example. That’s unsustainable.

Rather than “benefitting everyone” abortion is contributing to national bankruptcy and tearing a gaping hole in our social safety nets, including our imploding health care system. So, wrong again Joyce. Abortion hurts everyone!

Conclusion - I'm sorry to disagree
This January 28th, instead of celebrating 25 years of “responsible abortion care” in Canada, I’ll be lamenting the 2.5 million lost children since 1988 and the profound poverty visited upon our country by abortion since decriminalization in 1969.

Comments
By: Gary Knight
January 15, 2013 @ 3:34pm
Jack .. don't be sorry to disagree with Ms. Arthur's typical Planned Parenthood (Canada) codes. Be glad to disagree vehemently. And not only with Joyce and her overlords -- who would include the Humanist Association of which Morgentaler is a founder -- but also many of the principals at CIDA and its Foreign Affairs bailiwick, who have long laboured -- ever since Lester Pearson in fact -- to export Canada's population-destructive ideology, on the ground and at UN sessions (see Austin Ruse's many trenchant archives: http://www.elabs3.com/functions/message_view.html?mid=2595449&mlid=224457&siteid=668476&uid=8444d629e2)
One quibble I'd have: under the Trudeau-Turner legislation of 1969 abortion became available 'on demand'. Now -- even though the 1988 Supreme Court determined abortion is no right (and therefore the feds aren't obligated to procure abortion through transfer payments) -- it is offered 'on request'. The ascendancy of request over demand means the providers are all too eager to spend the public purse on destroying Canada's nascent future. Indeed, in this context of 'request', the move is afoot (in the US too) to regard abortion as a right and to discipline dissenting physicians. It's as though abortion were the black sacrament of a secular state.
Incidentally, Morgentaler predicted and boasted this, back in 1986. He even opined that Christian churches would come to view abortion as the high moral ground. Apparently we're on that road since now several churches proclaim sterile marriage (eg. same-sex marriage), which is the abomination of desolation (cf. Daniel 11:31). So do very many catholic schools, thanks to OECTA (with US counter-cultural socialist origins at OISE, and the Office for Social Justice, a subsidiary of Catholic Charities, of the St. Paul & Minneapolis Archdiocese).
These are dark times my friend. No time to give up on prayer, even if it is for politics.
By: Jack Fonseca
January 23, 2013 @ 4:16pm
Hi Gary, I think your description of abortion as a 'black sacrament' is appropriate. To continue the religious parallel, the abortionists even have their own altar (the operating table), ceremonial vestments (white doctor's mask), and guardian 'angels' (the police). I believe Peter Kreeft made this comparison.