After an interview with Joseph Bourgault, Campaign Life Coalition has qualified the Saskatchewan businessman as a stellar pro-life, pro-family candidate who will also advocate for religious freedom, free speech and against authoritarian mandates on abortion-tainted vaccines. 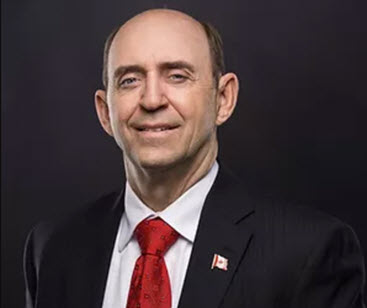 Bourgault made the bold move of putting his pro-life and family values agenda front and centre on his campaign website under a section titled “Creating a Pro Life and Family Culture”.

That section goes on to outline his plan for reducing the number of abortions in Canada and encouraging larger families through creative taxation, financial and social policy.

With the addition of Joseph Bourgault, there are now four social conservative leadership contenders in the race, out of 11 declared candidates. The others are Dr. Leslyn Lewis, MP Marc Dalton, and Grant Abraham.

If they all make it onto the final ballot, they’ll face off against five pro-abortion, anti-family candidates, plus two whose views on life issues CLC is still evaluating.

Dr. Lewis has already paid the $300,000 fee and submitted the 500 endorsement signatures required by the CPC. So she's secure, and officially on the ballot.

We thank all the CLC supporters who helped her get there with a generous campaign donation!

But now, we’re in a frantic race against the clock to help get Bourgault, Dalton and Abraham onto the ballot by the party deadline of April 29th.

We urgently need your help!

Each of them must pay the party $300K and submit 500 nomination signatures by April 29th.

Otherwise they’ll be eliminated from the race.

Even if you donated to Leslyn Lewis as your top choice for Leader, please also donate to Bourgault, Dalton and Abraham.

Having multiple so-cons in the race actually increases the chances of any one of them winning. This is due to the preferential ballot system.

If, for example, Dr. Lewis were to end up the sole pro-lifer on the ballot, her mathematical odds of victory would be reduced if she had to face off against five or more social liberals whose down ballot support would largely benefit candidates in that leftist, red Tory bloc.

URGENT: Donate to get Bourgault, Dalton & Abraham on the ballot

Anybody can donate, whether or not you’re a CPC member. However, only paid-up party members can sign the nomination form. Donations are the most urgent need.

*Maximum donation per person is $1,675 total to any combination of candidates. You don't have to be a party member to donate.

**You must be a member 21 days before signing the nomination form.

When you email each candidate their forms, would you please also carbon copy me on your emails at [email protected] so that we can keep track how many signatures they’ve gathered and how close they are to the donation goal?

Thank you for helping us in our efforts to elect a Conservative leader – and future Prime Minister – who is pro-life, pro-family and pro-freedom.

P.S. I believe Canada’s very survival as a free and democratic country depends on whether the CPC elects a principled Leader of the Opposition who has deep moral convictions. Another Liberal-lite stooge who bends in the direction of media pressure will spell national disaster.

P.P.S. Don’t forget to make as generous a donation as you can to Grant Abraham, Marc Dalton and Joseph Bourgault.

P.P.P.S. If you’re not currently a Conservative Party member but want to be able to vote for a pro-life, pro-family Leader of the CPC, become a voting member at the party website, here. Shoot us an email afterwards at [email protected] to let us know you joined or renewed.