January 15th, 2023 is Biblical Sexuality Sunday. Will your pastor or priest speak the truth in love?

This will be the second annual Biblical Sexuality Sunday after the passage of Bill C-4, the Trudeau government’s foolhardy attempt to overturn the Bible’s foundational teachings on marriage, sexuality, and gender. Bill C-4, also known as the “conversion therapy ban”, actually declares these Scriptural teachings to be “myths and stereotypes” that cause “harm to society”.

As the Psalmist wrote three thousand years ago, so we see in our own day: “The kings of the earth set themselves, and the rulers take counsel together, against the Lord and against His Anointed…” (Psalm 2:2).

If you are a pastor, teacher, therapist, counsellor, or even a parent or ordinary citizen, it is now illegal for you to help other people understand their identity “based on an assumption that a particular sexual orientation, gender identity or gender expression is to be preferred over another.” In other words, it is forbidden to proclaim that there are only two genders, or that heterosexuality is the best, most natural, and healthiest choice.

If you try to counsel a person to accept his or her biological reality (being biologically male or female) or help someone pursue sexual purity along Biblical lines – even if that person is your own child, you could face up to five years in prison. There is no exemption for people of faith or conscience!

And if you merely “promote” or “advertise” that someone else – or your church – is available to help people overcome their gender confusion or sexual immorality, you could spend up to two years behind bars. This is a serious threat to our freedom of expression, and it is meant to silence all opposition to the radical LGBT revolution.

Before the passage of Bill C-4, CLC created a website called StoptheBan.ca, where we took a stand against the “conversion therapy” ban. That site, which is, thankfully, still available, explains the problems with this legislation and provides expert testimonials, as well as testimonials from ex-gays and ex-trans whose lives were changed for the better. It also links to the Canadian documentary “Censored”, which exposes the lies behind the “conversion therapy” ban.

Although Bill C-4 has passed into law and there is now a very real threat of imprisonment, it is more important than ever to speak out and take a stand for Biblical truth in the area of sexuality and gender. We must continue to speak the truth in love, in faithfulness to our Lord!

That is why CLC is joining Christian leaders from all across North America to encourage faithful pastors and priests to be the voice of truth and courage this coming January 15th, on Biblical Sexuality Sunday. We are asking them to bring a faithful and relevant message on Biblical sexuality and gender from their pulpits. Thousands of pastors and priests will be participating, and we would like to see many more take part.

Will your pastor take a stand? Would you consider asking him – or passing along this email to him?

If he is not able to devote his entire homily to the topic, perhaps he might consider sharing a brief statement in support of Biblical sexuality. Or he might simply share these words of our Lord from Matthew 19:4,5:

“Have you not read that He who made them at the beginning ‘made them male and female,’ and said, ‘For this reason a man shall leave his father and mother and be joined to his wife, and the two shall become one flesh’?”

Who would have ever imagined Jesus’ words could be considered illegal under the Criminal Code of Canada (Section 320.101)? But that is where the Trudeau liberals have taken us!

As we approach Biblical Sexuality Sunday, let us pray for our nation, that the Holy Spirit of God would bring true conversion to many hearts – especially among our political leaders. And let us take courage from the words of St. Peter, who said:

“And who is he who will harm you if you become followers of what is good? But even if you should suffer for righteousness’ sake, you are blessed. ‘And do not be afraid of their threats, nor be troubled.’” – 1 Peter 3:14,15. 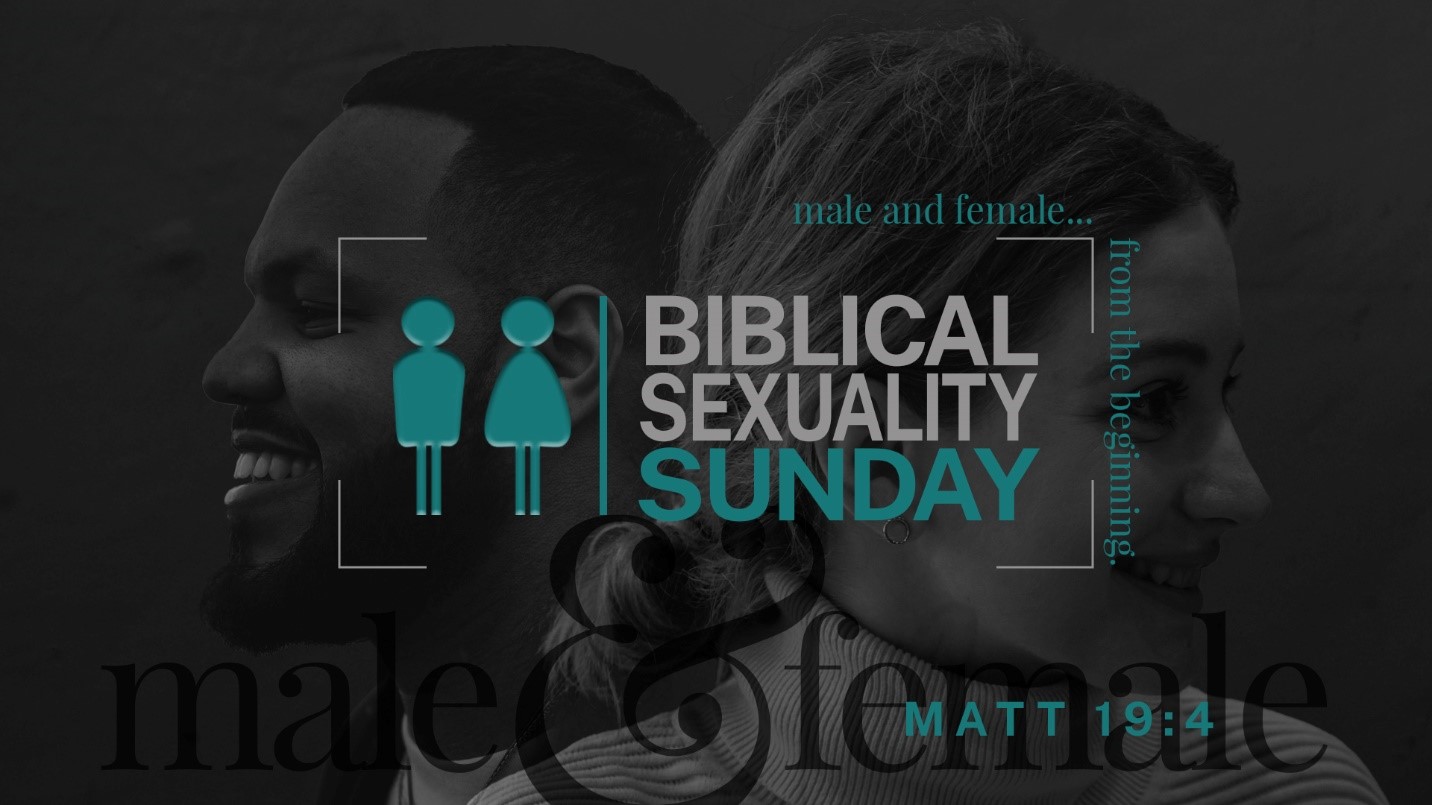