Go all the way, Quebec

CTV has reported that Quebec’s Agriculture Minister, Pierre Paradis, has made it a priority to introduce provincial legislation that protects animals in that province by amending their Civil Code. Pets and other animals will no longer be considered as property. As in many European countries, they will be treated as sentient beings. Minister Paradis is quoted as saying: “We were inspired by what was done in France, where they redefined the concept of the animal as a being that is capable of feeling pain.” The CTV report stated that there is also a business reason to proceed with these protections. Europe is moving in this direction and Paradis noted: “We're right in the middle of a free-trade deal with Europe and we will be affected if we do not adjust.”

So friends, there you have it. In an effort to stamp out animal cruelty and protect exports to Europe, the Canadian province with the highest abortion rate in the country is ramping up legal protection for animals. It will distinguish them from inanimate objects. It will formally recognize they are sentient beings that feel pain.

Great for the animals!

What concerns me is that while we are living in an exceedingly adult-centred culture, having children has ceded to having pets. In this self-centred approach to giving and getting affection, we have elevated pets to people status.  I wonder however, if it doesn’t lead to more abortion-thinking rather than less. 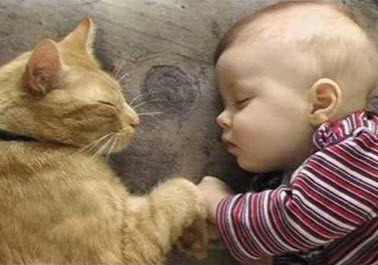 Babies are us, but they require a selflessness that pet ownership does not. Will we breed a culture of adults that are unable to give unreservedly without expecting much in return? The expanded pet culture has decidedly not made us a more welcoming baby culture.

And now we have this, the province that continues to embrace death as a solution to too many problems, is going to provide legal protection to animals that we can only dream of for the unborn.

So I say, let’s do it! But let’s go all the way and treat the unborn humanely too. Just like animals.