Ideological colonialism at the core of Canada’s foreign policy

“It is important, and historic, that we have a Prime Minister and a government who are proud to proclaim themselves feminists. Women’s rights are human rights. That includes sexual reproductive rights.

That includes the right to safe and accessible abortions.

These rights are at the core of our foreign policy”

On June 6th,  Canada’s Minister of Foreign Affairs, Chrystia Freeland announced that funding abortion and sterilization around the world, and undermining national sovereignty and democracies by coercing developing countries where abortion is illegal into liberalizing their abortion laws, is at the ‘core’ of our Canadian foreign policy.

First they committed $650 million towards 'sexual health and reproductive rights', an umbrella term for abortion on demand, abortion lobbying and age-inappropriate sex education, now they are arrogantly claiming that in the face of global economic instability, international security concerns, food shortages, human trafficking, the displacement of millions of refugees around the world etc., giving poor women access to an abortionist who will kill their children before birth, teaching kids in rural schools how to put condoms on bananas, and inserting IUDs into the uteruses of preteens without parental consent, is at the core of Canada’s priorities abroad.

The Canadian government’s imposition of Trudeau’s ‘values’ on the world’s poorest is nothing but ideological colonialism. But of course, because it deals with abortion, it’s ok. Business as usual in the House of Commons.

After proudly proclaiming Justin Trudeau’s feminism and stating that human rights include the ‘right to safe and accessible abortions’, even though there is no such thing as a universal right to abortion, Freeland went on to state that “our values are informed by the traditions and aspirations of the indigenous people in Canada”.

Odd, given that, Canada’s indigenous people, have had to survive the colonial mistakes of past Canadian governments.

Let’s hope indigenous peoples in developing nations fair better than our own. 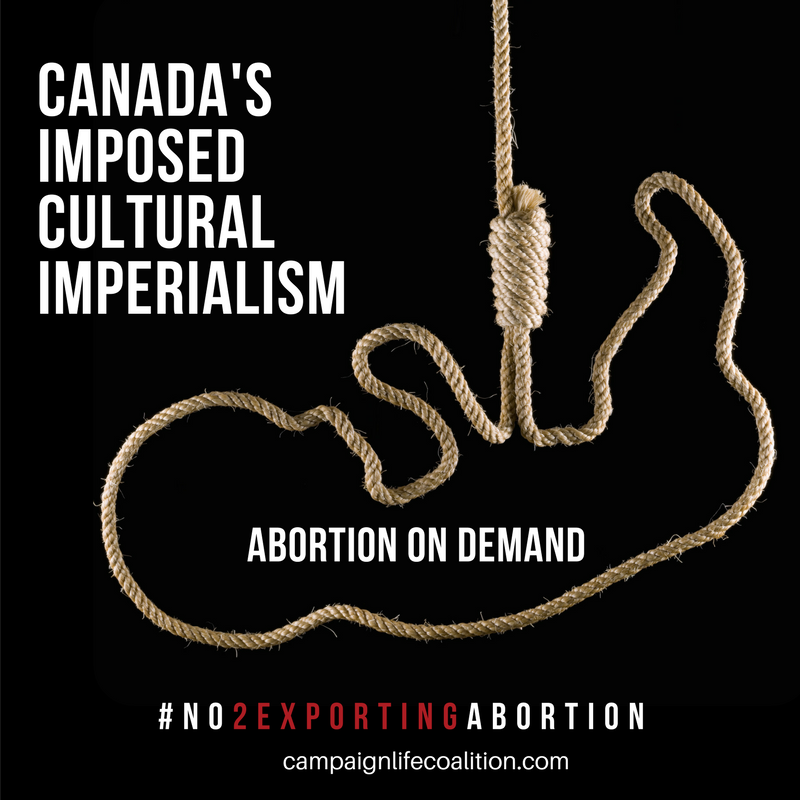