Argentina, the world was watching, and you inspired us all

In the early morning of August 9, 2018, after countless hours of debate, discussion and votes, Argentinian senators rejected a bill, which would have legalized abortion in the first 14 weeks of pregnancy and added several late-term exceptions. The  vote was 38 to 31, with two abstentions and one absentee. Ever since the bill narrowly passed the chamber of deputies back in June (129 to 123), millions of Argentinians have participated in many demonstrations across the country opposing the legislation. The weekend before the vote, it was estimated that almost 5 million people marched in Argentina in more than 300 cities waving light blue flags, banners, scarves and handkerchiefs, representing the colour of the national flag and the pro-life position. 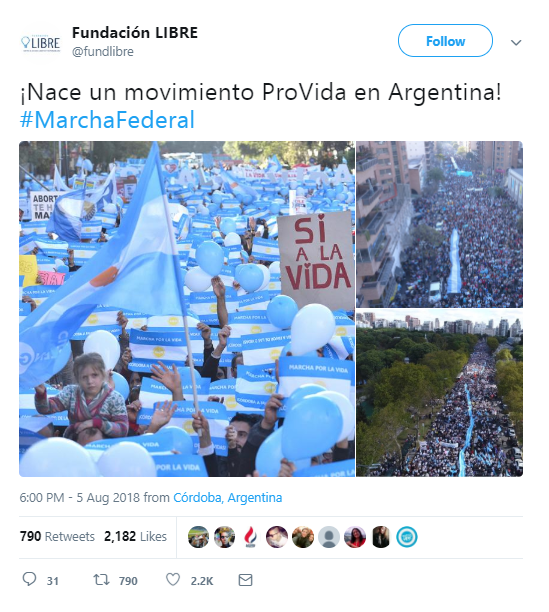 Those who supported abortion also took to the streets (in much fewer numbers) promoting their green-themed materials. The majority of Argentinians who opposed the bill were mobilized by grassroots initiatives from within the nation and encouraged by Argentina’s spiritual leaders including the Catholic bishops and priests, who spoke the truth forcefully and without compromise from the nations pulpits, The pro-abortion side had the backing of multi-million dollar international organizations and media campaigns including the rabidly pro-abortion Amnesty International. In fact, the week of the vote, Amnesty International paid for a full page ad directed at Argentina on the back page of the New York Times (The Times charges more than $100,000 for full page ads), ominously telling Argentina that "the world is watching”. If you still think Amnesty International is worth supporting, perhaps this will change your mind. In response to Amnesty International claiming that Argentina's senators have failed, one twitter user responded by tweeting:  “They didn't fail! Like it or not they represented the growing #prolife movement here. Argentinians raised their voices across all the nation to say “SalvemosLas2Vidas! Against all odds and international organization’s pressure, life won.” 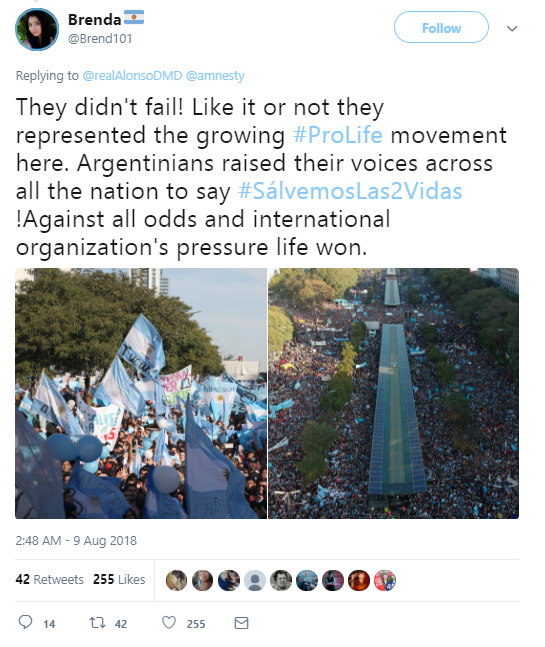 In addition to many legislators and religious leaders who spoke out against the bill, hundreds of Argentinian doctors and medical practitioners also protested the bill including the Academy of Medicine which stated that “Nothing good can come when society chooses death as a solution.” Although the Argentina Medical Society endorsed the bill, the Associated Press reported that “Officials at about 300 private hospitals and medical facilities have denounced it.” In the end, life won and Argentina has become a powerful example of tenacity for the many other nations in the world, who are threatened by wealthy international forces on an ongoing basis to legalize abortion. The Argentinan result is encouraging them to stand strong and defend their national identities and to uphold the sanctity of life and the family.

Following the vote, hundreds of thousands of Argentinians, many of whom were camped out on the streets for more than 16 hours outside the Senate building, awaiting the vote, celebrated with hugs, chants, prayers of thanksgiving, live music, and a fireworks show – it was quite a celebration of life. 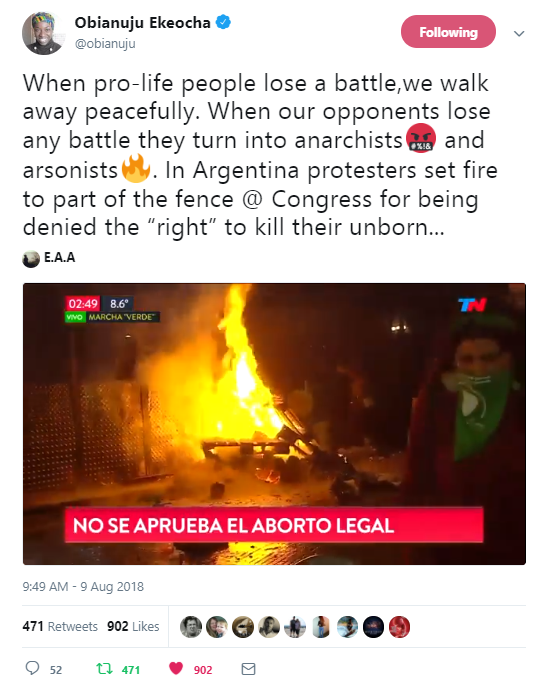 On the other side, the pro-abortion demonstrations turned violent, clashing with police, throwing firebombs, and setting fire to the Senate walls. This reaction from abortion supporters is not surprising as we see this happen all the time. When pro-lifers lose a vote, we mourn and walk away peacefully (as seen by the recent abortion referendum in Ireland), preparing for the next battle for life; when abortion activists lose, they become arsonists and anarchists.

Today, we join our friends in Argentina in celebration because Life did win, but this was only one battle, there are many more to come.

We will pray for you Argentina because the attacks on life WILL continue, and when they do, you now have a newly born Argentinian pro-life movement that is uncompromising, motivated, and frankly speaking, the envy of the pro-life world.

The world was watching and you have inspired us all. 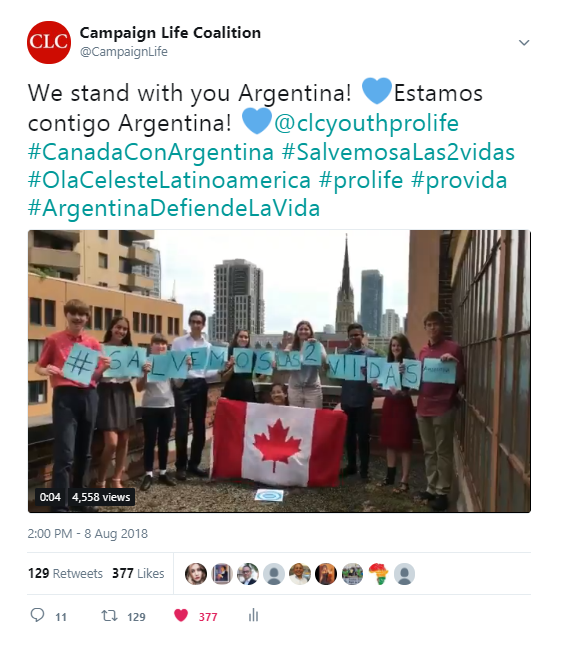