It’s hard to imagine, but if Bill C-6 (the “conversion therapy” ban) passes, we are certain to see some shocking results:

Pastors and priests will be jailed for two years for publicly preaching repentance to homosexuals.

Counsellors will be jailed for two years for offering help to those struggling with unwanted same-sex attraction or gender dysphoria.

Books, videos, web sites, TV programs, and perhaps the Bible itself will be censored and banned for espousing the traditional view of sexuality and gender.

Parents will be jailed for five years for teaching their children to accept their biological gender, or to reject sexual immorality.

This is what the LGBT lobby has been after for years – and they are about to score a big win, unless we stop this! 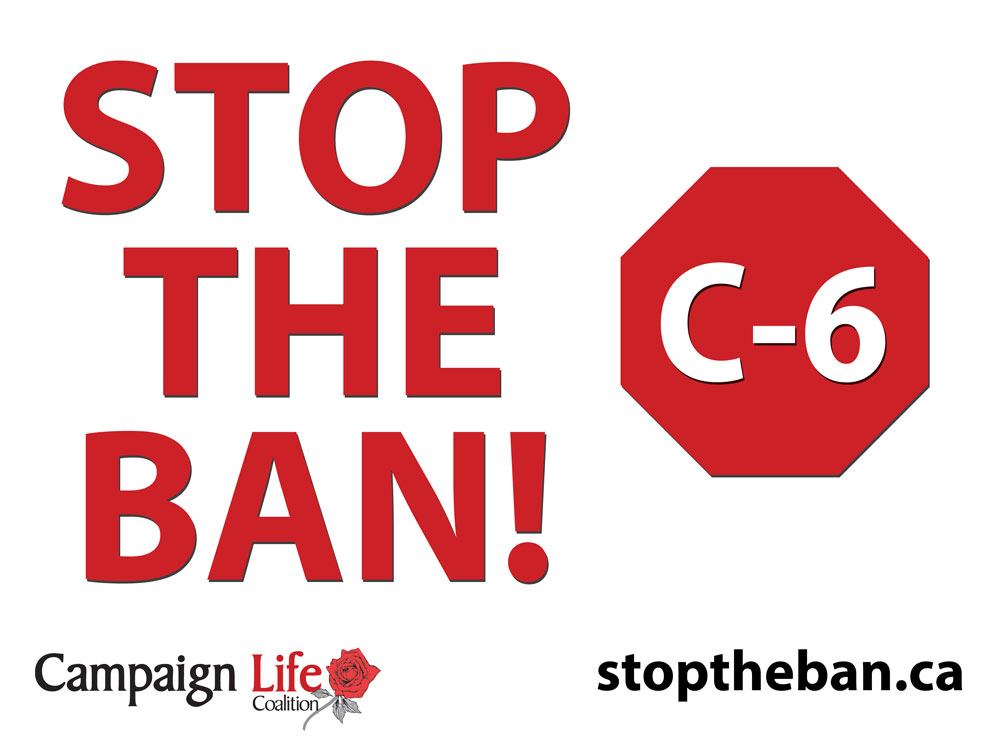 The freedoms that we cherish in this country – freedom of religion, conscience, expression, the press – are about to be dramatically and permanently restricted if Bill C-6 goes into law. Our God-given right (and duty) as parents to bring up our children in the “training and admonition of the Lord” is under threat. The right of pastors, priests, lay leaders, and biblical counsellors to “speak the truth in love” is at risk. The right of ordinary citizens to hold a science-based viewpoint on gender and sexuality is under attack.

I fear that, with all the lingering COVID restrictions and mandates, Canadians are becoming numbed to the subjugation of their freedoms. I fear that, as we try to save lives, we are becoming accustomed to government control, which means we might just fail to recognize the grave danger posed by Bill C-6. I fear we might not see the threat – and we might not fight back!

It seems to me that our Prime Minister is taking advantage of these unprecedented times – and his unprecedented powers – to push through this radical “conversion therapy” ban in the hopes that we won’t notice.

Well, I’ve noticed. And I know you have, too. So have thousands of our fellow citizens. In fact, around 14,000 of us have stepped up to sign our petition to stop Bill C-6. And we are so grateful for each and every one of you!

However, now that Bill C-6 is before the House of Commons Justice Committee – and it is only weeks or days away from a final vote in Parliament – we want to ramp up our counter-attack. It’s time for us to stand up and speak up against this totalitarian legislation!

That’s why I am heading to Ottawa next Friday, December 4th. And I hope others will consider joining me. Campaign Life Coalition, in collaboration with many fine Canadian pro-family and pro-freedom organizations, will be hosting a “Stop the Ban” rally:

I will be joined by a number of excellent guest speakers, who will explain the many dangers of Bill C-6. Among these are:

I also hope to say a few words myself, and personally deliver our petition against Bill C-6.

In addition, we plan to take some time to pray for our nation, and for all those who are being targeted by Bill C-6 – pastors, counsellors, parents, and those in the LGBT lifestyle who will be denied their freedom to change.

We have secured our permit to meet on Parliament Hill on Dec. 4th, however, authorities are asking that those who join us follow local COVID guidelines.

I realize that Ottawa can be a mighty cold place in December, and that we could encounter some LGBT opposition, but I think it is important that we make every effort to take this stand for faith and freedom.

If Bill C-6 passes, we may not get another chance.

Perhaps we should remember the words of our Lord to the apostle Paul: “Do not be afraid, but speak, and do not keep silent; for I am with you, and no one will attack you to hurt you; for I have many people in this city.” (Acts 18:9,10).