Don't be stupid- the summer my eyes were opened 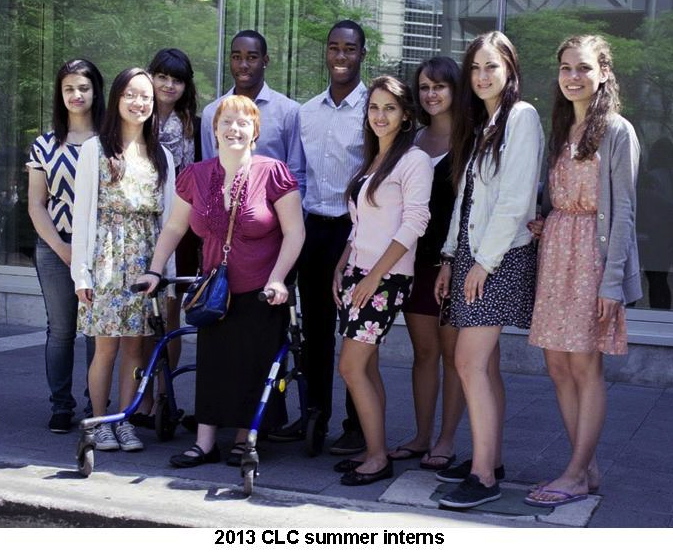 A year ago while in grade 12, I listened to a presentation from Fr. Tony Ricard a charismatic priest from New Orleans who had a simple message for our graduating class: DON’T BE STUPID.  Fr. Tony  explained to us that ignorant people are people who lacked knowledge or general awareness about a particular subject, while stupid people, have knowledge and general awareness and yet still choose to make bad decisions. For example, if an alien walks into a corner store, picks up a chocolate bar and eats it without knowing he has to pay for it then that alien is ignorant. If someone were to explain to the alien that he must pay for his chocolate bar before eating it, yet the alien still refuses to do so, then the alien is stupid. In short Fr. Tony’s message to us was this: if you choose to make bad decisions even when you know they’re wrong,  then you’re stupid!

Fast forward one year to the beginning of the summer as I start my internship for Campaign Life Coalition, Canada’s largest and oldest pro-life organization. I had always claimed to be pro-life, but prior to this internship I had never immersed myself into any arm of the pro-life movement.  I was a newbie  and there were many pro-life arguments, people and organizations I had never heard of. Needless to say I was ignorant- not only to the whos and whats of the pro-life movement but also on how serious the abortion crisis in Canada truly is .  After a few short weeks of being an intern, my eyes were quickly opened and I became engulfed into a world of pro-life activism. From witnessing in front of abortion clinics, to doing "choice" chain in front of high schools and on busy Toronto streets, I rapidly raced away from the line of ignorance I once stood behind.  As I approached the middle of the summer, I found myself asking, will I continue to be as active and involved after the summer (When it is no longer my job)? Will I still tweet pro-life facts and hunt for articles and blog posts to share on Facebook? Will I witness in front of abortion clinics and continue to do "choice" chain? Or will I crawl back to the land of ignorance and ignore my responsibility as a pro-lifer to act. The answer is simple: I have no choice but to continue my activism because I am no longer ignorant to the abortion crisis.

After learning the gruesome truth about abortion in Canada, and witnessing the need for Canadians to be educated about this issue, I cannot abandon the responsibility bestowed upon me through knowledge. Instead I must bear arms and continue to do my part within the movement, for the greater injustice against abortion is failing to stop it. For me the time of ignorance has passed, and although at times it was bliss, it is no longer acceptable. Now-a-days I regularly hear Fr. Tony’s voice in my ear saying “If you choose to make bad decisions even when you know it’s wrong, you are stupid”. Knowing the truth about abortion and failing to act on that truth is a bad decision, and as a pro-lifer I would be useless to the pro-life movement. So I encourage you as readers to rid yourselves of ignorance by learning the truth about abortion, and to get involved in activism in order to save lives, because if you aren’t doing anything to stop abortion, then you are ultimately aiding in the killing of preborn children.  Ignorance is no longer a viable excuse for Canadians. We have to choose whether we will stand for life or stand against it. So ask yourself: will you stand with your fellow pro-life Canadians and be a voice for the voiceless or will you turn your back, claim ignorance, and aid in the deaths of hundreds of thousands of innocent human lives?

Carter Grant is a 2013 summer intern for Campaign Life Coalition. To learn more about our summer internship program, check out the Application Form found here.