A Word to Omar Khadr and Justin Trudeau

In response to the controversy generated from the awarding of over $10 million to Omar Khadr, Prime Minister Justin Trudeau said, “The Charter of Rights and Freedoms protects all Canadians, every one of us, even when it is uncomfortable.”

Yet again, Justin Trudeau, you are wrong and hypocritical. The Charter doesn’t actually, in effect, protect all Canadians.

Section 7 of the Charter states, “Everyone has the right to life, liberty and security of the person.” One would think that by the term “everyone,” the Charter would really mean “everyone.” In Canada, however, the unborn are given zero legal protection. This state of affairs has resulted in over 4 million human beings in this country having their right to life violated by abortion. Unborn victims of crime like Molly, who inspired the Molly Matters campaign and Bill C-225, go legally unrecognized, as does the harm against them.

The Charter, like similar human rights declarations and bills of rights, was created, in part, because of regret over centuries of human rights violations and a promise of “never again.” Women, First Nations people, slaves, and Jewish people were all formerly not considered persons deserving of rights and were subjected to violence as a result.

Tragically, the story is playing out again, and it’s playing out precisely because the situation is “uncomfortable.” Pro-choicers and pro-lifers alike should have been able to get behind Bill C-225, which would have protected pregnant women and their unborn children from assault, but the former group largely did not, because doing so would open up the abortion debate, and such a debate is uncomfortable. Why? Because even pro-choicers, most of them at least, are uncomfortable with abortion. The idea of a woman being pregnant on top of dealing with poverty, education, work, health issues, relationship issues, other responsibilities, etc. is an uncomfortable one, but so too is the idea of dismembering, disemboweling, and disembodying innocent human beings because they’re inconvenient.

However, the realization that one was complicit in human rights injustices—slavery, torture, genocide, etc.—is always an “uncomfortable” one. The process of reconciliation and healing that follows is also uncomfortable.

See, the refusal of our government and the courts to recognize that the unborn are indeed Canadians every much as deserving of human rights as the rest of us was just the beginning.

Section 2 of the Charter reads:

Everyone has the following fundamental freedoms:

(a) freedom of conscience and religion;

(b) freedom of thought, belief, opinion and expression, including freedom of the press and other media of communication;

(c) freedom of peaceful assembly; and

Linda Gibbons, however, has spent over a decade in jail—longer than serial killer Karla Homolka—for exercising her right to freedom of expression. She stands on a public sidewalk holding a sign that depicts a crying infant and reads “Why mom? When I have so much love to give.” If her protest was about an issue other than abortion, if her protest was not within 500 feet of the Morgentaler Clinic, then it would go unchallenged, but because it is and because abortion is “uncomfortable,” her Charter rights have been ignored.

British Columbia, Newfoundland and Labrador, and Quebec all have legislation that establish bubble zones around abortion facilities inside of which pro-life protest and sidewalk counselling are prohibited. Ontario is looking to enact similar legislation this fall. Other issues like euthanasia and gay marriage have led to compromises on freedom of conscience and religion. Bill C-16, as University of Toronto professor Jordan Peterson oft points out, mandates “compelled speech,” which unquestionably curtails freedom of thought, belief, opinion and expression. I could go on and on with examples of how our Charter rights have been unreasonably infringed upon.

Omar Khadr, you got lucky. Had your rights been violated after you dared to diverge from the “progressive” agenda instead of killing a soldier, not only do I doubt that you would have walked away a multi-millionaire, but there’s a good chance you would still be sitting in prison.

The Charter itself is part of the problem. It gives our courts power to supersede the decisions of our democratically-elected representatives. It clearly has not been applied universally and fairly, which is why you, Omar Khadr, get a cheque and Linda Gibbons gets handcuffs. That said, I welcome a reversal of this trend. 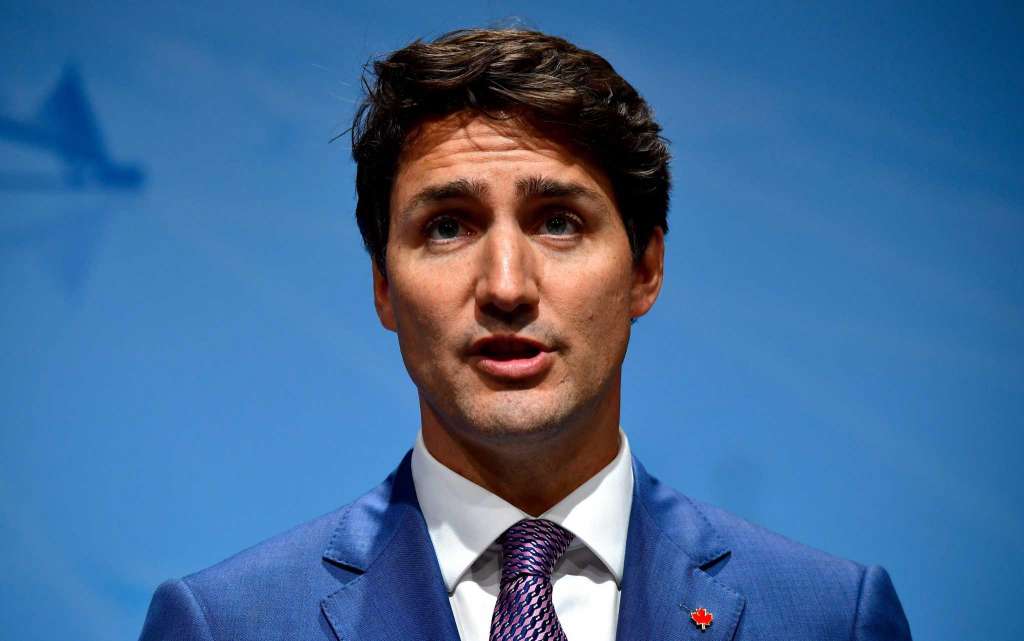 Justin Trudeau, if you have now realized your gaffe, but decided that the Charter should, in fact, protect all Canadians, whatever the details or merits of a particular case, for if the government doesn’t then we all pay, then, by all means, let’s begin today. I’ll compile a checklist, starting with giving rights to the unborn, and we’ll go from there: protecting the rights of peaceful demonstrators, the conscience rights of physicians and other health care professionals, the rights of business owners and others not to participate in a same-sex wedding…I’m sorry Justin, have I made you uncomfortable?