Chemical abortions, have fun paying for it!

A new abortion crisis is coming to Ontario, and it is through the funding of the new abortion pill “Mifegymiso”, otherwise known as RU-486. The Liberal party of Ontario has promised to make this pill available for free to all women with a doctor’s prescription as of August 10th,2017.

This combination consists of two pills. The first is called Mifepristone. This blocks progesterone, starving the baby to death in utero. The second pill is known as Misoprostol. This is taken anytime 24 to 48 hours after the first pill is taken. This induces hemorrhaging which expels the dead baby’s body.

It is unbelievable to see that government leaders are calling this policy a win for human and women’s rights. They explain that funding this drug equates to more privacy, no financial barriers and less invasive surgery. However, they seemed to have undermined one minor detail… That this pill has been costing women their lives, as over a dozen cases of death have been directly linked to the use of the RU-486 pill, and several more internationally. This leaves me to wonder, if this is killing women, is it really a step towards women’s rights? This kills preborn humans. Is it a step forward in human rights?

As of now, there are no signs that provinces who have not yet funded Mifegymiso won’t do so in the near future, as Ontario and four other provinces have already jumped on the bandwagon. There are obvious moral reasons as to why RU-486 is not right (it kills children before birth, and that it can potential harm and kill the mother). However, to make matters worse, the pill will be funded by our hard-earned taxpayer dollars, just like surgical abortion and euthanasia. It will cost an overwhelming $300-$400 per dose and even more just to facilitate this. This price point and the 312 billion dollar debt Ontario is in right now, should have been enough to sway government officials to reject this policy, especially since this is an elective procedure and not a medically necessary one. But once again the Ontario government, as well as the Status of Women Minister, Indira Naidoo-Harris, have found a brand new way of sending the province further into debt by adding more strain to an already cash-strapped healthcare system, all the while pushing their abortion agenda forward.

Over 2 million babies have been killed from RU-486 across America, and this number will only increase once Canadians have free access to it. People claim that this pill combination is needed to improve the health of women, and some Ontario MPPs are even going as far to say this is a medical necessity. But the truth is that abortion doesn’t treat or heal women for any sickness they have, it simply kills a child while putting her health even more at risk. Funding these pills are not going to save lives, they will end them.

We need to continue to express our rage at being forced to pay for this killing method. Call, visit, write or email your MPP. 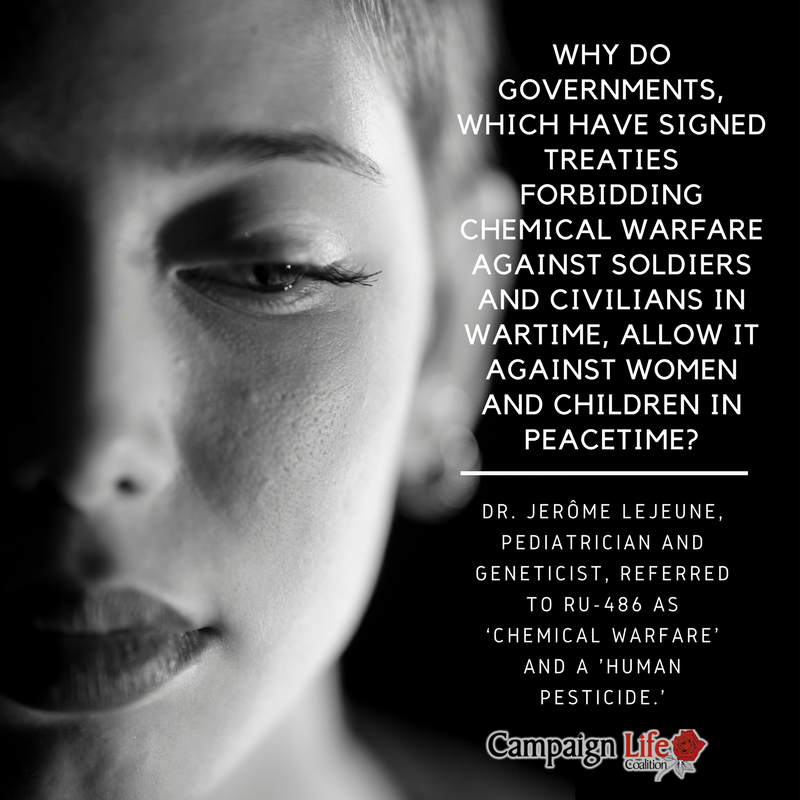