Campaign Life Coalition worked with the Holy See Mission to the UN in putting on an event at CSW62 called “Promoting the integral development of rural women and girls in Africa in the era of ideological colonization.” It was a powerful statement about the reality of modern colonization in Africa and the devastating consequences of ideological ‘abduction.’

Joy Brenda Mdivo, who is an advocate of the high court of Kenya of 15 years, and was one of the panelists at the event, explained the process of ideological colonization in this way. She compared the process by which it introduces itself and assumes control to that of the grooming processes used by sexual predators. The predator begins by establishing some sort of relationship with its victim and eventually moves into a position of trust.  In this way, the predator, or the ideology, becomes a part of the victim’s personal reality. Sometimes, the predators are so good at what they do, that the victim is caught unaware and is inadvertently submitted to a life of suffering that was ultimately caused by an enemy who introduced themselves as a friend. 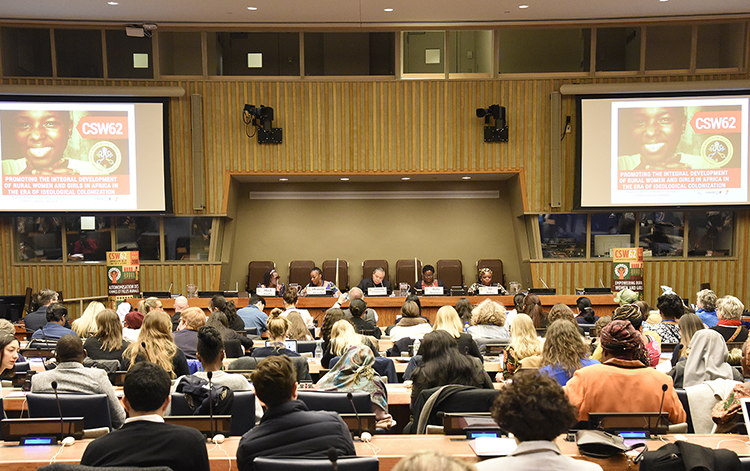 In Africa, this ‘grooming’ appears in the types mandatory conditions that have been attached to foreign aid or in the expectation of total compliance with the proposals of foreign aid distributors. It looks like punishment for non-compliance, the fostering of high levels of dependency and a refusal to consider African cultural views. The result is an environment that fosters self-loathing. All of a sudden, to be progressive, intellectual and free, a person is expected to completely renounce their traditional values, abandon their way of life and, in many ways, reject the very families that raised them. There is no better example of this phenomenon than that of the forced promulgation of so-called Western concepts of sexuality.

Believe it or not, the children in Africa are actually African. They are not Western, they are not European and they are not North American. Yet, the sexual education curriculums that have become the ‘suggested’ material for them to use have been completely designed in a Western culture, in a Western boardroom and from a secular Western perspective. I may not know what is authentically Nigerian, Kenyan or South African, but I do know that it is not whatever those social Frankenstein’s created when they produced CSE (Comprehensive Sexuality Education). 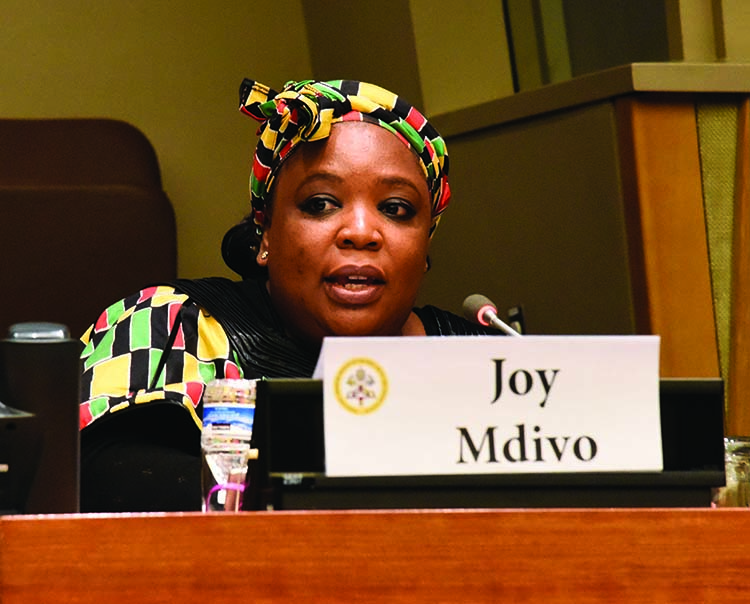 Traditionally, Mdivo explained, a child would learn about sexuality from their community. In addition to their parents, they had many aunties and uncles to teach them the more intimate and mysterious aspects of their physical being. African communities are not necessarily opposed to developing a set curriculum for sexual education, but if they are to do so, it should be nuanced according to the unique character of the African culture. It should be developed by African parents and African teachers for African children. In this way, if consequences arise, they will be prepared to meet them.

Mdivo ended her talk saying that “diversity makes the global village stronger, not weaker.” Maybe our biggest problem today is not that we have too much diversity, but too little. Maybe the “village” needs to re-evaluate and differentiate between what is a legitimate human right to be protected across the globe and what are cultural quirks that are intentionally, or unintentionally, being forced upon others under the pretense of kindness and friendship. A good friend will always be there to help you out, but in some ways, so will a predator. Which one is which in the global village?