“Take a Break” from Michelle Wolf

Netflix is the 9th largest internet company in the world with almost 100 million subscribers. Last May it introduced a new late-night talk show entitled The Break with Michelle Wolf. Wolf is an American comedian whose show is designed to “take a break” from the seriousness of today’s late-night comedy by poking fun at relevant news and politicians.

In a segment entitled Salute to Abortions from the pilot episode of her show, she opens up about the importance of abortion access in response to the resignation of the Associate Justice of the Supreme Court, Anthony Kennedy. She begins by making flippant remarks towards the pro-life movement, by blatantly saying “these people [pro-life supporters] are anti-abortion which means they’re anti-woman”. The pro-abortion movement has continuously branded pro-life activists as being anti-woman, however that cannot be farther from the truth! Being pro-life means promoting the wellbeing and empowerment of all people (especially women!), born and unborn, by advocating that every human being has inherent dignity and value. Like most pro-choicers believe, her skewed definition of abortion is not that it’s “killing a baby”, but rather “stopping a baby from happening”. Yet, scientific research has proved time and again that life begins at the moment of fertilization. For example, the 10th edition of The Developing Human: Clinically Oriented Embryology by Keith Moore, T.V.N. Persaud, and Mark Torchia, published in 2015, states: “Human development is a continuous process that begins when an oocyte from a female is fertilized by a sperm from a male”. If being pregnant means a living human being is developing inside the uterus, and abortion “stops” that development, then terminating, preventing, stopping, and even killing are one in the same. In other words, Michelle Wolf and her writing team are lying to their audience for ideological purposes.

Wolf takes a moment to address the males in her audience by telling them their opinions regarding abortion are “very irrelevant”. Abortions are a national injustice that every taxpayer, male or female, should be concerned about. She also claims men are uniformly futile even though every aborted child has a biological mother and father. She goes on to say that “women are naturally equipped to do the most powerful thing in the world, give life”. She weakens respect for what is truly feminine by suggesting that the power to “control life” is far greater than the power to nurture it. Greater in what way? Does she mean it has more gravitas or simply that is has a greater effect (killing a human being)? She evidently means the latter, since after she acknowledges women carry human life in the womb, she equates having an abortion to simply asking a McDonald’s worker to “get this egg out of my McMuffin”. She is either suggesting that preborn humans are simply eggs (which is scientifically absurd), or even worse, sarcastically suggesting that the painful and traumatic procedure is as easy as disposing the wrong ingredient from a sandwich.

With Wolfe’s only credible source about abortions being from “the back of a Snapple cap”, her exhausted and scientifically inaccurate arguments prove inadequate, especially in today’s world of easy internet research. Dressed in a patriotic costume and accompanied by a marching band, Wolfe ends her morally inconsiderate segment by ironically proclaiming, “God bless abortions and God bless America!”. As a paying Netflix subscriber, I am disappointed that I helped fund and provide a platform for Michelle Wolf to use hate speech and lie to her audience as a form of comedic relief. I will be unsubscribing from Netflix until they decide to “take a break” from Michelle Wolf, and I encourage all of you to do the same. 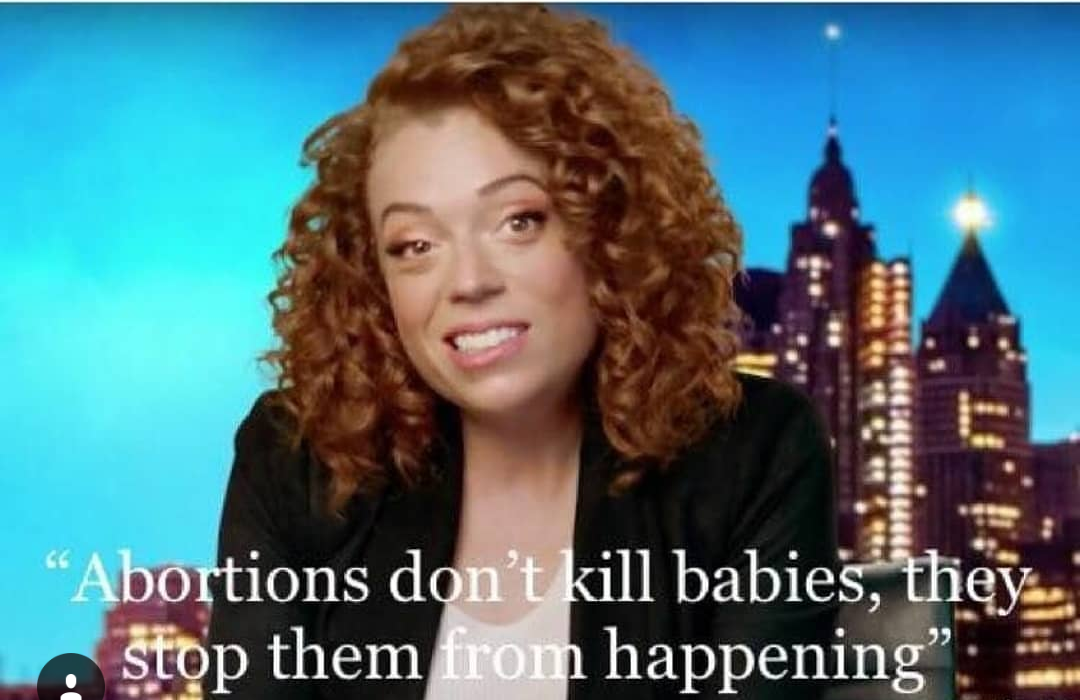