Who, in Good Conscience, Could Object to a Conscience Rights Bill?

Maybe just those without one.

On October 30, MP David Anderson (CPC, Cypress Hills—Grasslands) tabled Bill C-418, the Protection of Freedom of Conscience Act. If passed, it would ensure health care professionals could refuse any involvement in euthanasia/assisted suicide (misleadingly referred to as “medical assistance in dying” or MAiD) without fearing that they may lose their jobs or face other penalties for doing so. 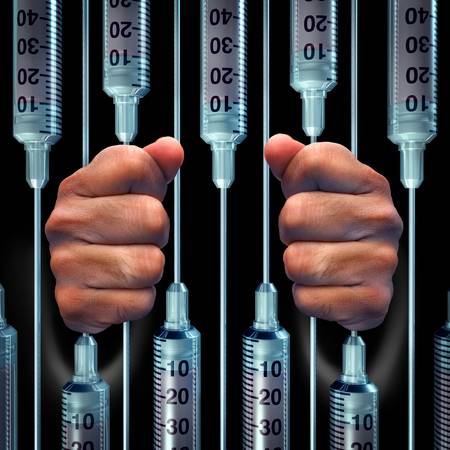 Currently, some Canadian physicians, such as those in Ontario, are required to provide an “effective referral” if they do not wish to directly participate in euthanasia/assisted suicide themselves. This means that if a patient of theirs requests euthanasia/assisted suicide, the physician must promptly find him or her another available physician who is willing to carry out the act.

Now, this policy may resolve the internal conflict for those who simply feel uncomfortable directly ending someone’s life, and it may appease the guilty consciences of those who think that euthanasia/assisted suicide is wrong, but make no mistake: the policy does not eliminate the moral culpability of the health care provider.

Take this example: Someone asks you for a gun so that they may shoot themselves in the head. You decline, because you think it would be immoral to assist in their suicide. If you then say, “I won’t give you one, but my neighbour a couple of doors down would be glad to,” would your hands be clean because you weren’t the one to give him or her the gun? No!

Thus, the policy of effective referral does not actually protect conscience rights in any meaningful way, which is why Bill C-418 is needed. Frankly, I also wish it applied to contraception, abortion, and sex reassignment surgeries.

Some people think that health care professionals must leave their personal values at the door because they are merely the surgical-tool-wielding hands of the state that must be willing to perform any legal medical procedure. These people are insane. Do I want someone who will discard their moral convictions for the sake of their career operating on me or giving me medical advice? No! I am trusting my health, and sometimes even my life, to them. I can’t do that if they are just slaves to money or robots of the state.

Here's an interesting case: On February 6, 2016 (coincidentally the one-year anniversary of Carter v. Canada), Constable Kyle Upjohn was sitting in his police cruiser in High Park when he was alerted by a concerned citizen that a man was preparing to hang himself in the park. Instead of attempting to save 19-year-old Alexandre Boucher’s life, Upjohn lied that he was on another call, instructed the citizen to call 911, and then drove away. Upjohn was subsequently suspended with pay, accused of three counts of misconduct under Ontario’s Police Services Act, and charged with breach of trust. When Ontario Superior Court Justice Maureen Forestell quashed the charge by overruling a lower court’s judgment that there was enough evidence to go to trial, crown prosecutors appealed, insisting that Upjohn “knowingly avoided a duty of vital importance.” The appeal should be heard sometime this month.

So, Upjohn gets in trouble for not trying to prevent a suicide; meanwhile, health care professionals can get in trouble for not assisting in a suicide. What a bizarre double standard. Yes, Boucher was young and presumably able-bodied enough to hang himself, while many patients seeking euthanasia/assisted suicide are old, ill, and/or disabled, but those characteristics are not morally relevant.

The state is involved in dark, dark deeds—choosing who lives and who dies. At the very least, those who care for us when we are at our most vulnerable, who swore to “do no harm,” should be permitted to not partake. Every MP should support Bill C-418 and we need to encourage them to do so, because, sadly, common sense is not so common these days.