Why are Indigenous women still being forced into abortion and sterilization?

The Toronto Star reported in an article on Sunday that around 60 women have taken part in a lawsuit against the Saskatoon Health Region for being forced or deceived into consenting to abortion or sterilization. Star reporter Kristy Kirkup wrote, “New research shows the forced sterilization of Indigenous women is not just a shameful part of Canadian history. Reports form Alberta, Saskatchewan, Manitoba, Ontario and territories suggest it is still happening.”

The treatment of indigenous peoples has always sparked a heated discussion among Canadians. From land claims to tax cuts, a major question remains, “Do the government’s attempts at reparation help or hinder them?” The government allots over a billion dollars of their budget each year to indigenous peoples, yet a quarter of them are still living below the poverty threshold. 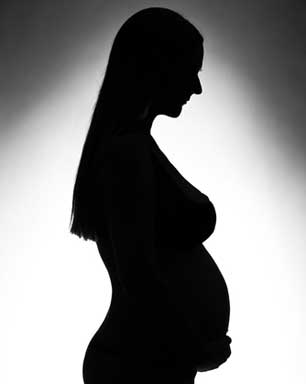 Why, despite the public’s politically correct respect for indigenous peoples, are women still being forced to kill their preborn children, or are mutilated to never have children again? Certainly, this seems incongruous with the large sums of financial aid they receive, and many indigenous peoples do not agree with these practices. First Nations Chief Kenny Blacksmith said at the March for Life in 2015, “Our leaders have failed, our laws have failed, to protect the precious gift of life at all stages of our people.”

In 2017, Prime Minister Trudeau signed off 650 million Canadian tax dollars to enforce ‘reproductive rights’ in the developing world, ie, abortion, contraception and sterilization, despite these things going against the deeply held beliefs of many recipient nations.

Trudeau, along with the world’s elites like the Clintons and Soros, embrace the philosophy that the best way to end poverty is to stop future poor people from being born. Coincidentally, a recent study shows that the indigenous population, a low-income demographic, is growing four times faster than the rest of the country. Curious…

The recent discovery of forced sterilization and abortion on indigenous women is rightly scandalous to the public, but believing the solution lies in killing off the marginalized isn’t as rare to the average person as it should be. A common argument given to anti-abortion activists is, “What about all the poor kids in the world?”, as if to assume that individuals are better off killed than growing up poor. Why fix the problem when you can eliminate the people who have the problem? Or is poverty more a problem for those who have to deal with the poor? It seems to be what their solution implies.

Though the tragedy of forced sterilization and abortions upon indigenous women in the past were likely due to racist motives fostered by the eugenics movement, today’s forced sterilization seems to be more related to eliminating the inconvenience caused by the poor. Maybe this is how Trudeau thinks “the budget will balance itself”?