A March in Promise

Year by year, for the past 50 years, Canada has been cementing its abortion legacy. As China has restricted sex-selective abortion, the countries in the world without any law on abortion are actually only Canada and North Korea, and since the last federal election in 2015, the situation has only gotten direr here. Our federal government has launched a slew of attacks on life these past four years: 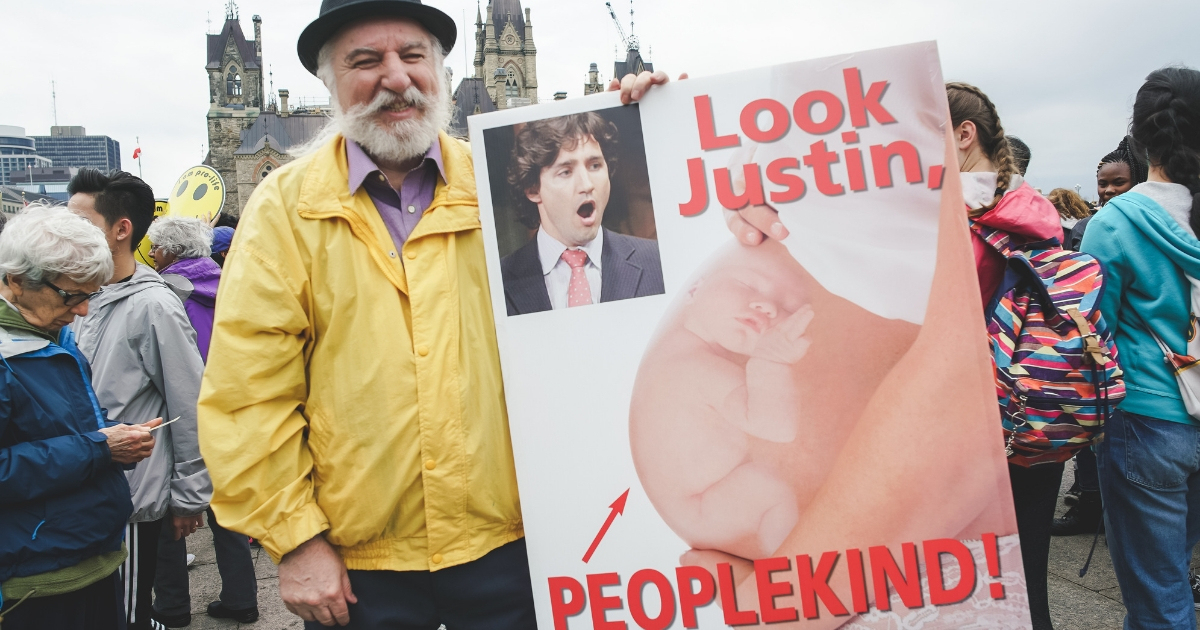 Even “pro-choicers” have come out saying that Trudeau is taking his abortion agenda too far, e.g. in his persecution of pro-lifers and his refusal to let any into the Liberal Party.

The fact of the matter is, not only do all of these attacks threaten the very lives of the preborn, but they also threaten the ability of the pro-life movement to fight back. It is quite possible that in the future, we won’t even be allowed to publicly espouse pro-life sentiments.

We promise not to lay down and let this happen. Campaign Life Coalition has been fighting harder than ever to fill Parliament with more pro-life representatives. We’ve spoken out against every attempt to silence us, and opposed every effort to shove abortion into every last nook and cranny of this world.

We need your constant assistance in this battle, because we cannot do it alone. We especially need it on May 9. We need as many people as possible to show up on Parliament Hill, the doorstep of our federal government, to join us in our promise to claw our way to the day when Canada is known worldwide not as a harbinger of death, but as a bringer of life. This 2019 March for Life, we march in promise not to stop until we end Canada’s abortion legacy.