Whether you’re at the movie theatres with your friends or within the walls of your own home theatre with your family, summer is the perfect time to watch movies. There are many new movies that have strong pro-life messages and will inform you on the truths of abortion and other life issues. If you want to learn more about abortion and promote the dignity of human life, I encourage you to support the cause by watching the following pro-life movies:

The movie Unplanned, directed by Chuck Konzelman and Cary Solomon, has gained worldwide attention, as it focuses on the story of Abby Johnson, formerly one of the youngest Planned Parenthood clinic directors in the United States, who had a complete conversion. Abby Johnson’s goal in life was to help women. She tried to fulfill this goal by consulting with women about their reproductive choices and in doing so, oversaw 22,000 abortions. Then, she saw something that changed her life forever. This summer, add Unplanned to your summer movie watchlist to witness Abby's journey to outspoken pro-life advocate. Beginning July 12, Unplanned will be screened nationwide. Please check this website for theatres and showtimes near you: UnplannedTickets.com

The crimes of Dr. Kermit Gosnell, an abortionist contending for the title of “America’s Most Prolific Serial Killer,” are examined in this movie, produced by Phelim McAleer and Ann McElhinney. The crowdfunding campaign for the Gosnell movie was the highest-grossing for a film on the Indiegogo platform, perhaps because this movie is unbelievable. The investigation into Gosnell’s 30-year killing spree and subsequent trial is based on a true story. What took place within the walls of Gosnell’s clinic was a mystery to many until the FBI and other law enforcement raided the place due to suspected illegal drug prescription use there. They were bewildered by what they discovered within this abortuary. Stream Gosnell on YouTube to learn about what transpired afterward. 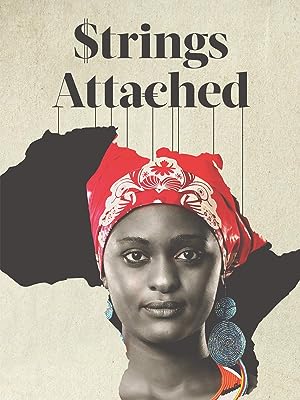 The voices of African women and girls are often not taken into account. In her first documentary, Strings Attached, Executive Producer Obianuju Ekeocha, also founder and president of Culture of Life Africa, ensures that their voices are heard. The film reveals the true story behind the support and promotion of “sexual and reproductive health rights” by Western donors. Through exposing where their funding goes and the repercussions it has on African women, the myth that developing countries need abortion and contraception is debunked. To watch this movie, you can stream it on its official website: https://stringsattachedfilm.com/meet-obianuju.html.

The 1973 Supreme Court case Roe v. Wade legalized abortion across the United States. This movie, produced by Cathy Allyn and Nick Loeb, focuses on revealing the details of the Supreme Court decision and recounting the events leading up to the court case. If you would like to uncover all the lies that were told by the media and others, which have resulted in the deaths of over 60 million precious babies, I strongly encourage you to watch this film.

Breakthrough, produced by DeVon Franklin, proves that medical predictions cannot determine your fate. This lesson is learned when 14-year-old John Smith slips into a freezing cold Missouri lake. When all hope seems lost, Joyce Smith, John’s adoptive mother, never gives up. She encourages everyone she meets to pray for John’s recovery as he lies lifeless on a hospital bed. To find out how love and hope can conquer death, I encourage you to watch Breakthrough. You can stream it via YouTube.