When arguing against the pro-life position, many pro-choicers will often use an argument along the lines of, "You may say you're pro-life, but you don't care about what happens to children after they're born." Though this accusation is commonly used, it could not be further from the truth. I will present just a couple of examples of what pro-life activists are doing to help support born children and adults who are living in difficult situations. Additionally, I will explain why it is not entirely necessary to actively support children after birth as well as before birth in order to call yourself "pro-life.”

Abby Johnson, who is the founder of the pro-life organization And Then There Were None—a group dedicated to helping abortion clinic workers leave their jobs—and whose conversion story from Planned Parenthood Clinic Director to outspoken pro-lifer was recently made into the movie Unplanned, has made it into the news once again. Johnson joined 25 other pro-life organizations in supporting a campaign called “Bottles to the Border.” The campaign's  flyer states, “As a pro-life movement, we stand with the vulnerable and marginalized... We will be taking mother and baby supplies, medicine, formula, nursing support, clothing, diapers, shoelaces, water, and anything else that they might need to make sure their families are being adequately supported and cared for in their time of need.” This is just one example of a beautiful way in which pro-lifers have gone the extra mile to show their care and concern for people of all ages.

However, not everyone has to travel to the border to play their part in supporting young families. This past June, the summer interns from CLC Youth went to Aid to Women in Toronto to learn about the financial and emotional support this crisis pregnancy centre offers to expectant mothers and mothers with newborns and toddlers. The interns spent their time sorting baby toys and clothes donated to the centre by a number of caring citizens and we will be returning to Aid to Women again this summer to continue this work. With the help of Aid to Women, pregnant women can find the support they need to have the confidence that the child they bring into the world will be healthy and happy. 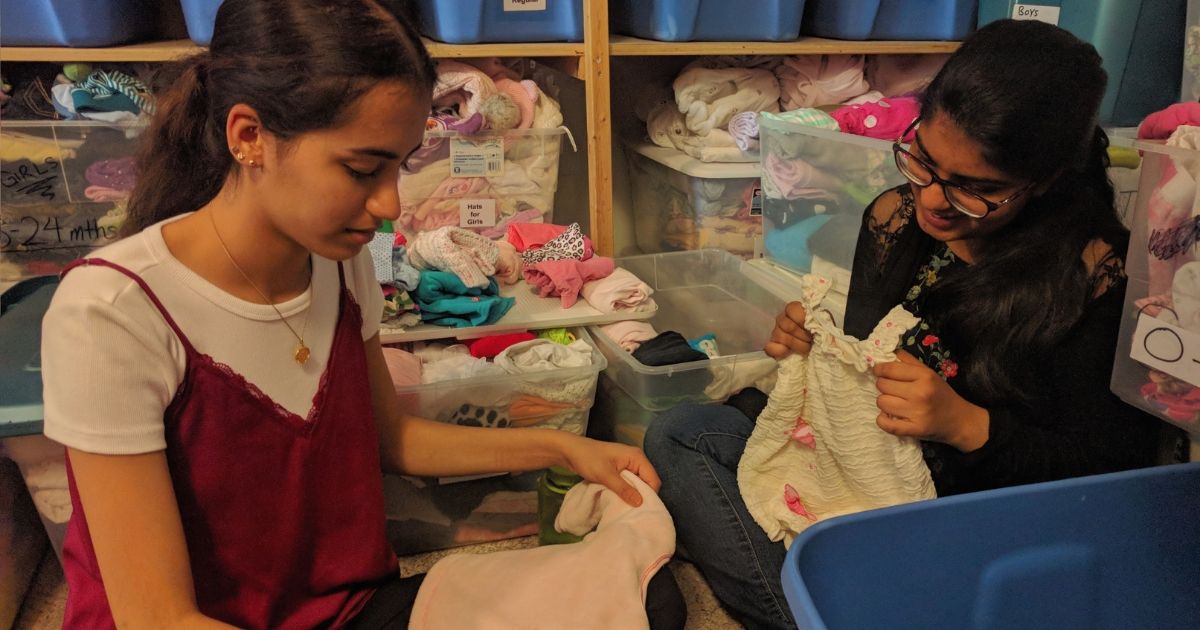 Although many pro-life organizations also provide support for children after birth, this does not mean that in order for someone to be pro-life, they must do the same. In our world today, preborn children are currently experiencing one of the greatest threats of a human rights violation and are therefore in most need of our aid and often limited time and resources. For example, most citizens who fought for an end to slavery were not able to offer jobs and housing to all the ex-slaves, but if the concerned citizens had let that stop them, slavery may never have been abolished in the first place. In the same way, although pro-lifers are not able to adopt or otherwise support every child that they save, this does not qualify as a reason to stop being pro-life. After all, how can a child even have the possibility of a good life, if his or her heartbeat is silenced before he or she even leaves the womb?

To fight for an end to one injustice - abortion - does not imply that pro-lifers do not sympathize with all humans at every stage of development. It simply shows that they are doing what they can to stop the endangerment of the lives of unborn children. Mother Teresa calls us to action by reminding us of the gravity of the thousands of abortions that take place in our world every day. In her own words, “A nation that kills its children in the womb has lost its soul.”