Attending the Washington, D.C., March for Life was the experience of a lifetime. Having travelled to Canada’s National March for Life in Ottawa for the past eight years, I was definitely excited to participate in the mecca of pro-life marches and it did not disappoint. The crowds were massive and the marchers just kept on coming. While standing outside of the Canadian embassy, I had the great pleasure of holding a sign that read, “Sorry a-boot our Prime Minister, eh?” This brought a lot of smiles and laughs to our American neighbours and is likely the reason I ended up being interviewed by the Catholic News Agency, as well as appearing in a Breitbart video. 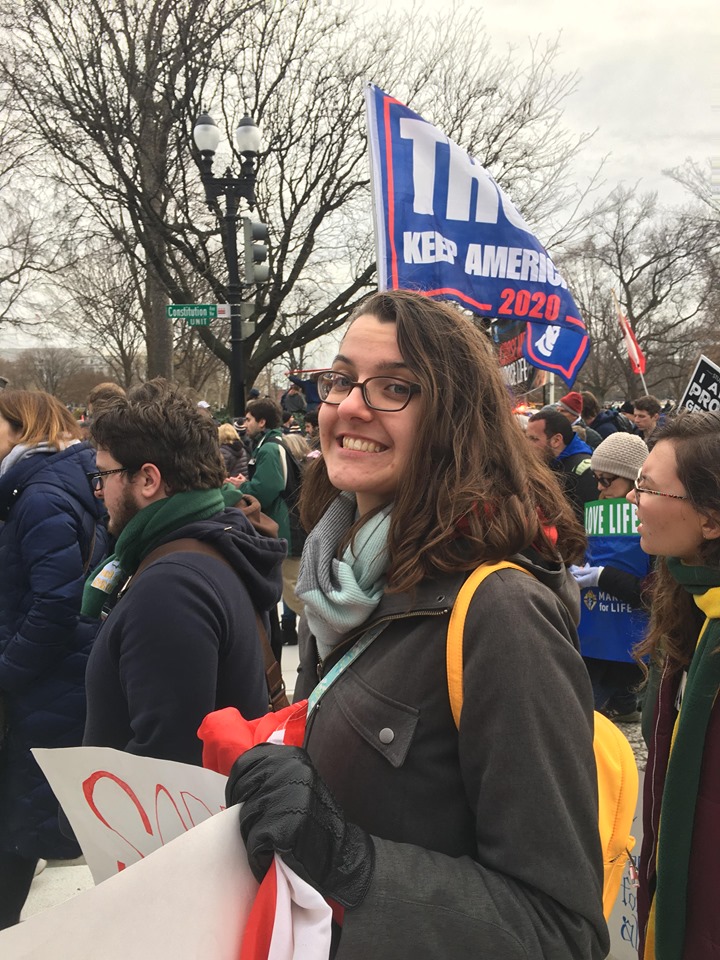 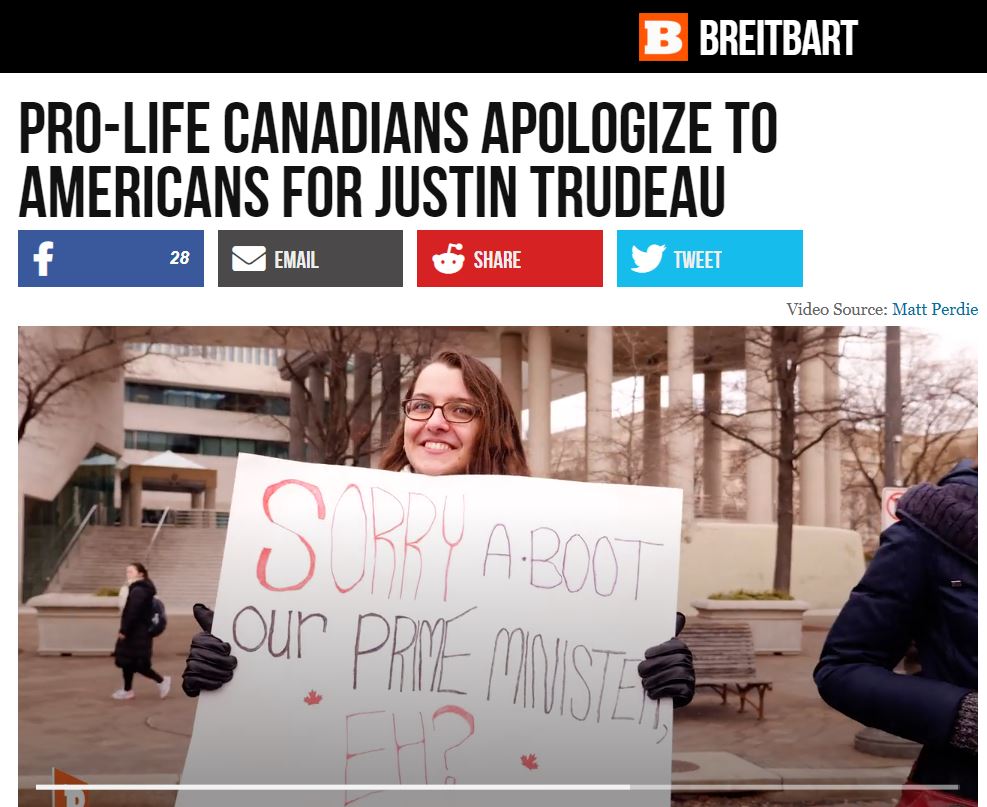 Though I cannot take credit for the clever sign, it was entirely my decision to leave the march early and cut behind the U.S. Congress building to find somewhere to eat. And who did we meet along the way? Well, I’m sure my fellow youth delegates have already raved about this moment, but we did get to see pro-life Senator Ted Cruz as he stepped out to join the march. Some of us even ended up in a picture he tweeted later that evening. 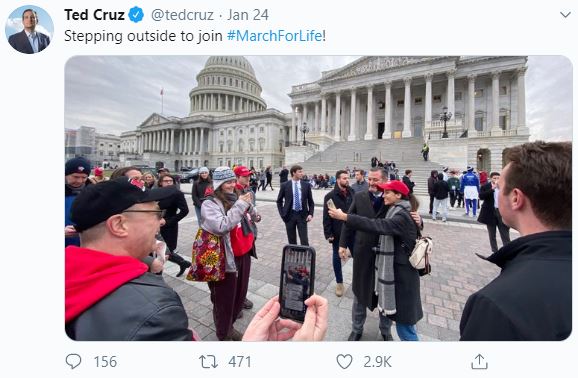 During my free time, I visited the U.S. Botanic Garden and I must say, I was greatly impressed. I would have loved to spend the whole afternoon there, but I’m sure I’ll visit again someday in the spring to see their outdoor gardens as well. For dinner, we went to Shake Shack (would highly recommend). Then, after stopping at our hotel, a few of us walked to Chick-fil-A for a late-night hang-out. 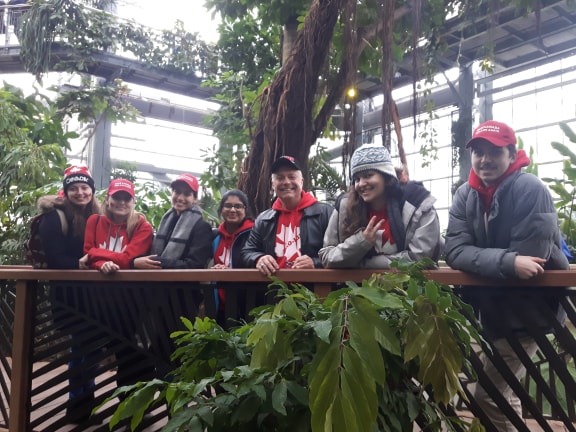 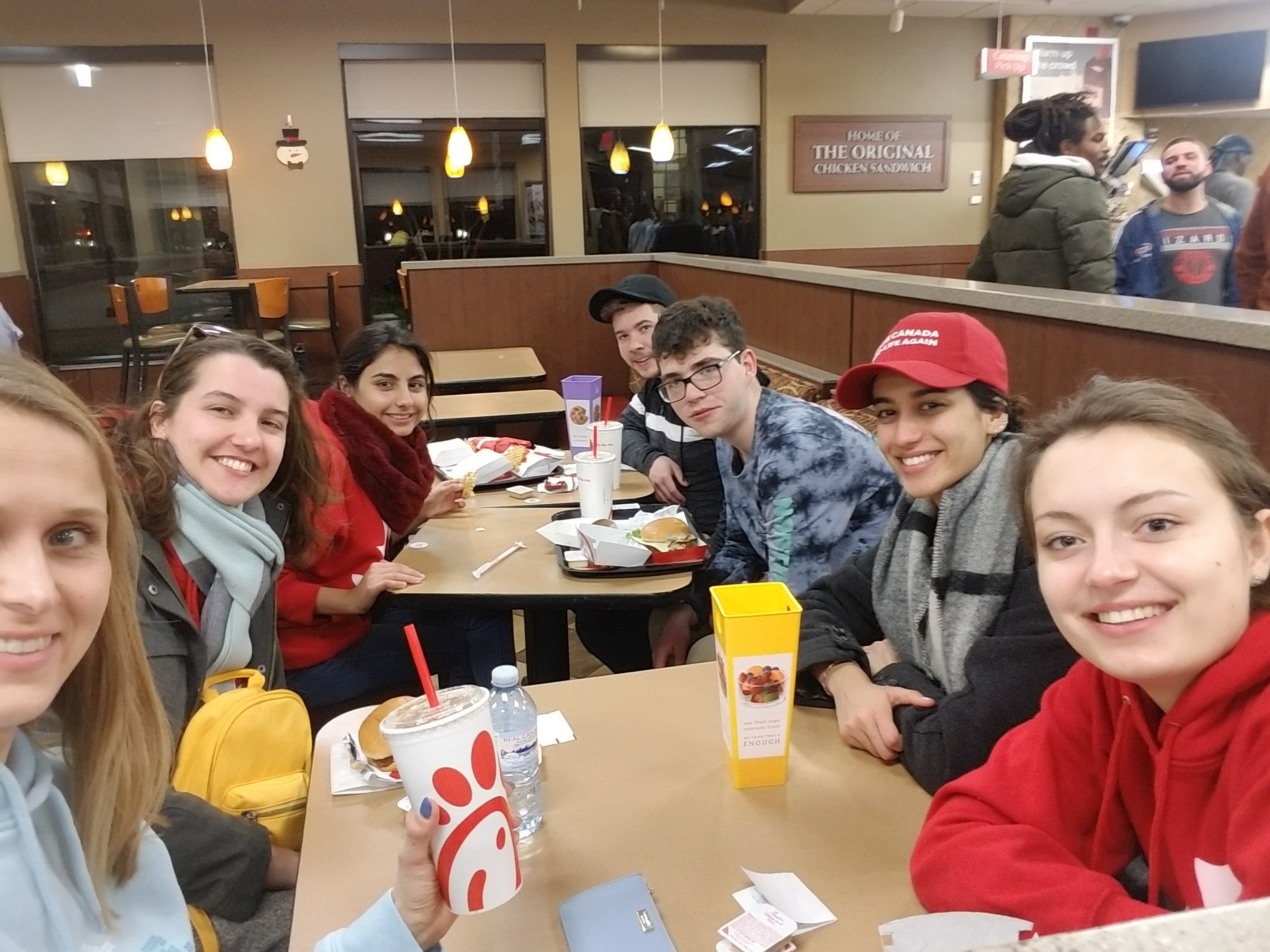 The next day, we went to the National Pro-life Summit and it was arguably more inspiring than the march itself. The speech of the president of The Heritage Foundation, Kay Cole James, was incredibly moving and the stories I heard throughout the day gave me a lot to think about. I met all kinds of interesting people and I left feeling even more passionate about and committed to the pro-life movement. I’m so glad I finally made the time to make the trip to Washington and I couldn’t be more thankful to CLC and its donors for the opportunity.