The UN pushes for abortion—the US pushes back

Over the course of the coronavirus crisis, we have seen governments, organizations, and international bodies, such as the United Nations and its various agencies, exploit the vulnerable in order to further a dangerous agenda - one that targets innocent children in the womb.

One international UN body that has been under the spotlight during this crisis is the World Health Organization. The WHO took the position of declaring abortion, a procedure that the American College of Pediatricians classifies as "non-essential," to be "essential."

But last week, the US Agency for International Development (USAID) sent a letter to  UN Secretary General António Guterres in response to the United Nations’ COVID-19 Global Humanitarian Response Plan, calling for the UN to cease treating abortion as "essential" humanitarian relief. This was an unprecedented letter, criticizing the blatant and destructive promotion of abortion by the UN bureaucracy.

I say, all the more power to USAID for standing up for the vulnerable and keeping with their mandate to administer the US federal government's foreign civilian aid programs, which include disaster relief, technical assistance, poverty alleviation, and economic development (none of which involve abortion, a practice which intentionally kills innocent children in the womb). Promoting abortion overseas with the use of taxpayer dollars is seen by many as neo-colonialism and no government should ever be involved in such a Draconian measure, especially those that label themselves "developed" countries.

In the letter, John Barsa, acting Administrator of the USAID, calls out the UN Secretary General for "cynically placing the provision of 'sexual and reproductive health services' on the same level of importance as food-insecurity, essential health care, malnutrition, shelter, and sanitation."

Barsa asks Guterres to remove references to "sexual and reproductive health" from the United Nation’s COVID-19 policies and to "drop the provision of abortion as an essential component of the UN's priorities to respond to the COVID-19 pandemic." Barsa took this letter to a whole other level in exposing the real meaning of the term "sexual and reproductive health," as it is not only ambiguous but controversial.

Why is it so important that Barsa exposes this terminology as a vehicle for abortion? Because UN agencies have gotten away with this loose language for far too long and have been able to interpret it in any way they deem appropriate to fit their pro-abortion agenda. Barsa calls for UN agencies to be guided by "clear language and take clear action to address the real needs of vulnerable people around the world without promoting abortion."

Barsa says the United Nations should focus on "life-saving interventions" and the "most urgent, concrete needs" as well as providing "essential healthcare" and addressing "food shortages." "To achieve global unity toward this goal, it is essential that the UN's response to the pandemic avoid creating controversy," Barsa states. In his rebuke of Secretary Guterres for promoting “the widespread distribution of abortion-inducing drugs and abortion supplies, and for the promotion of abortion in local country settings,” Barsa asserts plainly that “the UN should not use this crisis as an opportunity to advance access to abortion as an essential service.” 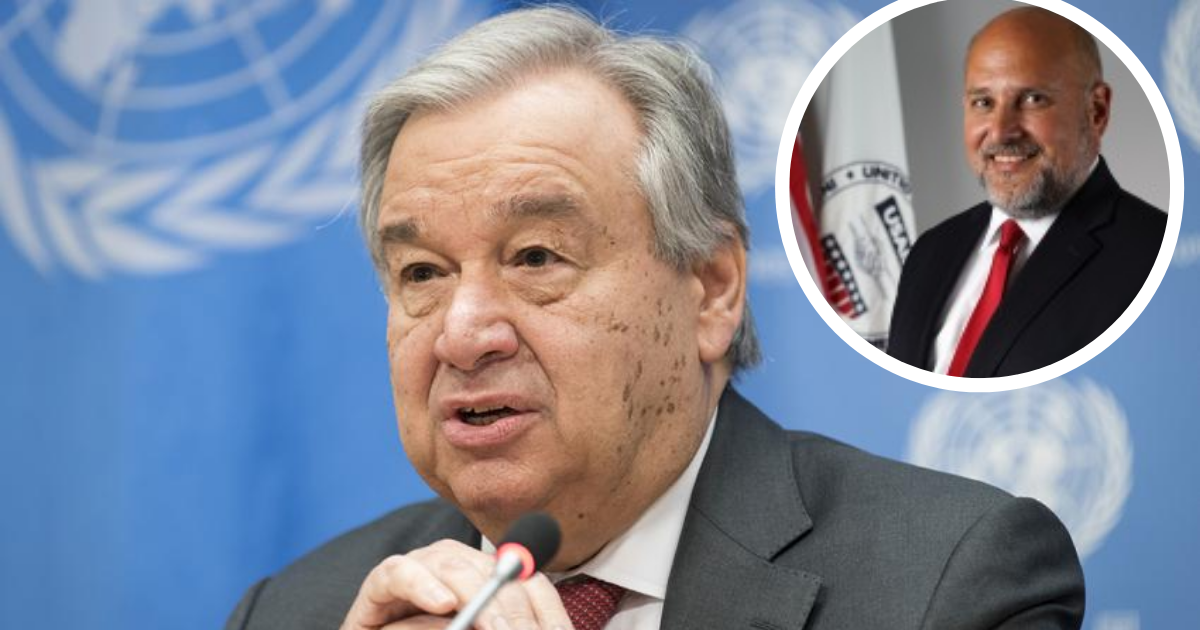 Barsa calls out what very few understand about the UN, and that is how often they use their agencies that work in conjunction with NGOs on the ground to directly circumvent a nation’s sovereignty. He writes, “To use the COVID-19 pandemic as a justification to pressure governments to change their laws is an affront to the autonomy of each society to determine its own national policies on health care.”  Barsa continues, "The UN should not intimidate or coerce Member States that are committed to the right to life."

Sharon Slater, the President of Family Watch International, stated in response to the publication of this letter, "We are thrilled that USAID under the Trump administration has called out the United Nations for using the COVID-19 crisis to advance abortion. We hope this is just the beginning of US advocacy on this front. We would urge USAID to conduct a system-wide audit of all UN agencies and entities to uncover the ample evidence of abortion advocacy contrary to international law, which calls for respect for human life (Universal Declaration of Human Rights, Article 3). We would further urge the Trump administration to make all UN funding conditional upon the adherence to protection of life policies. We also applaud the administration for consistently calling for the respect for the sovereign rights of nations to determine their own national policies."

Currently, the UN’s Economic and Social Council (ECOSOC) is negotiating the UN’s annual resolution on humanitarian work, adding focused interventions on the pandemic, which is why it is so significant that Barsa’s letter came when it did.

Guterres has been requesting UN member states endorse his plan, which includes abortion provisions and funding in the humanitarian resolution. Thankfully, the US administration sees right through the abortion lobby’s attempt to exploit the coronavirus crisis and is bold enough to call them out on it. Defending life and resetting US international priorities on a path where all life is safeguarded is a trademark of this administration.

A true humanitarian does not promote the killing of the innocent, but seeks to help those who are suffering. Abortion being touted as humanitarian relief by the United Nations and her corresponding agencies is an assault on what it is to care for our global neighbours. From reinstating the Mexico City Policy, to implementing the Siljander Amendment, to the President of the United States being the first ever to speak at the March for Life, to this bold letter by USAID, this administration continues to make strides toward protecting life. They are not just talk, but action, a lesson that countries the world over could learn from.