The Justification of Political Violence as a Response to Disagreement 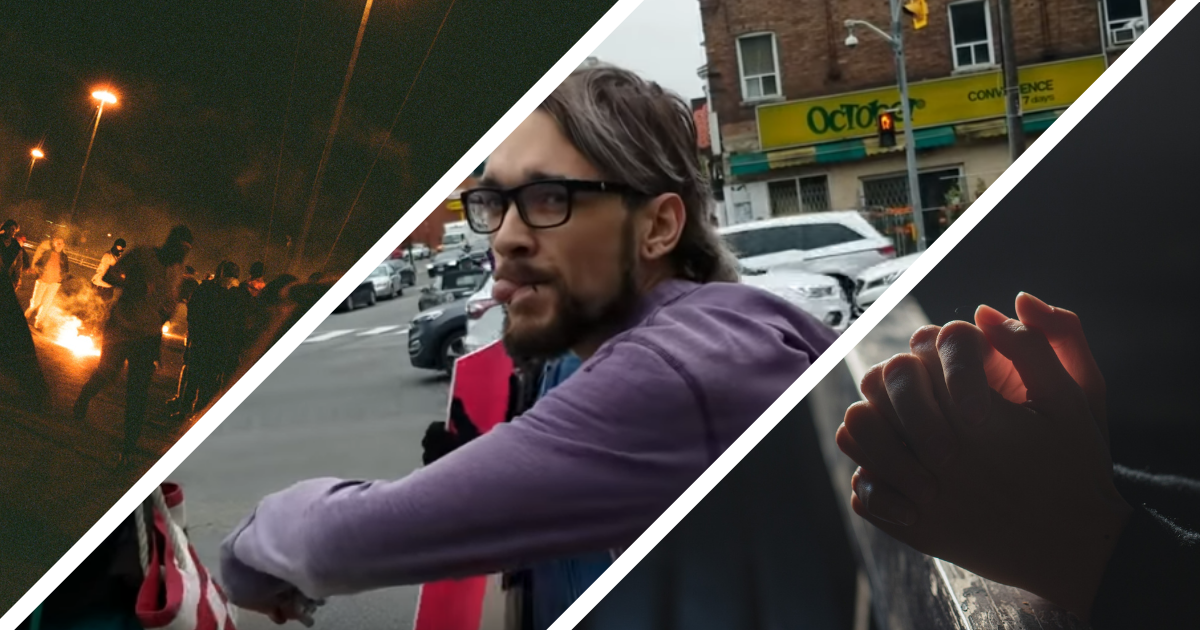 In 2018, former CLC Youth Coordinator Marie-Claire Bissonnette was a victim of physical violence during a pro-life protest called Life Chain. The attack at the peaceful protest was filmed and became a viral video, catching the attention of pro-life and pro-abortion individuals alike. The video contextualizes the fear of political discourse between opposing parties and the reliance on aggression as a response to disagreement.

We hoped that after a critical analysis of the video, there would be unanimous agreement that political violence should be condemned, and the promotion of productive political dialogue encouraged. However, that was not entirely the case. An individual named Ryan emailed Marie-Claire, two years after the incident took place, to say:

“You deserved that kick and most people also agree. I've gone out my way to tell you that. Twitter is loving what happened to you. Because you said some dumb things! A rape victim is not a murderer. Once again glad you got round-housed.”

Not only is this comment appalling due to being incredibly insensitive and encouraging violence towards a woman who was physically assaulted, but it also lacks substantial argumentation and an understanding of the pro-life message. In the video of the horrid attack against Marie-Claire, you can hear her attempting to converse with her attacker, Jordan Hunt; however, her statement was cut short by the round-house kick. Therefore, Ryan is basing his disturbing encouragement of violence against Marie-Claire on her incomplete response in a short video clip.

His comment reinforces the idea that if you disagree with someone politically, violence is an appropriate and effective response – this is a terrifying ideology. The utilization of violence and fear as a means of silencing opposing views is not only unconstitutional, but totalitarian.

In accordance with recent events, we are increasingly witnessing violence as a response to political quarrel. Following the killing of George Floyd in Minneapolis in May of this year, for example, riots occurred in support of Black Lives Matter, leaving several individuals injured and even dead.

Not only do political beliefs present a risk for violent attacks, but religious beliefs as well. On October 28th, three Catholics were murdered by an Islamic terrorist inside the Notre Dame Basilica in Nice, France.

Holding a belief, whether religious or political, should not be a death sentence.

Pro-life activists have experienced a disproportionate share of physical and verbal abuse, including being spat on, pushed, and obscenely insulted. The current divisive political climate may thus deter pro-lifers from engaging in activism. However, it is essential that pro-lifers continue to fight for the right to life regardless of how pro-abortion individuals may respond. As Marie-Claire shared in an interview after the incident, “If the message that babies are dying is true and I give up spreading it because I got a little kick to the shoulder, shame on me.”

The disturbing comment made by Ryan should reaffirm the requirement to encourage healthy political discourse and to protect the freedom of speech. Without healthy political dialogue, society cannot come together harmoniously to improve the quality of life for all or remedy social injustices. So, as a message to all pro-lifers: We must continue to work hard to change hearts and minds on the issue of abortion, but we must love our neighbours regardless of their stance, and be unafraid to stand up for the unborn even if we are persecuted.