I must admit I’ve often overlooked hope to focus on the more tangible realities of pro-life politics in Canada. After over six years of Liberal policies facing virtually zero palpable opposition in Parliament, we find ourselves in a bleak position. Couple that with a social conservative base that’s tired of being betrayed mere weeks after every election and what you get is a heartbreakingly jaded movement.

I couldn’t help but notice a striking contrast to our weariness on my last trip to the Washington, DC March for Life. Our counterparts south of the border are filled with hope, eagerly looking to the future with anticipation. This is the year, after all, that Roe v. Wade could be overturned. After forty-nine years of hard-fought battles, their efforts are bearing sweet, sweet fruit. If the ruling, expected this June, is in our favour, it’s likely that nearly half of the states will prohibit or heavily restrict abortion. It would be the movement’s greatest victory thus far and an enormous step towards an abortion-free nation. 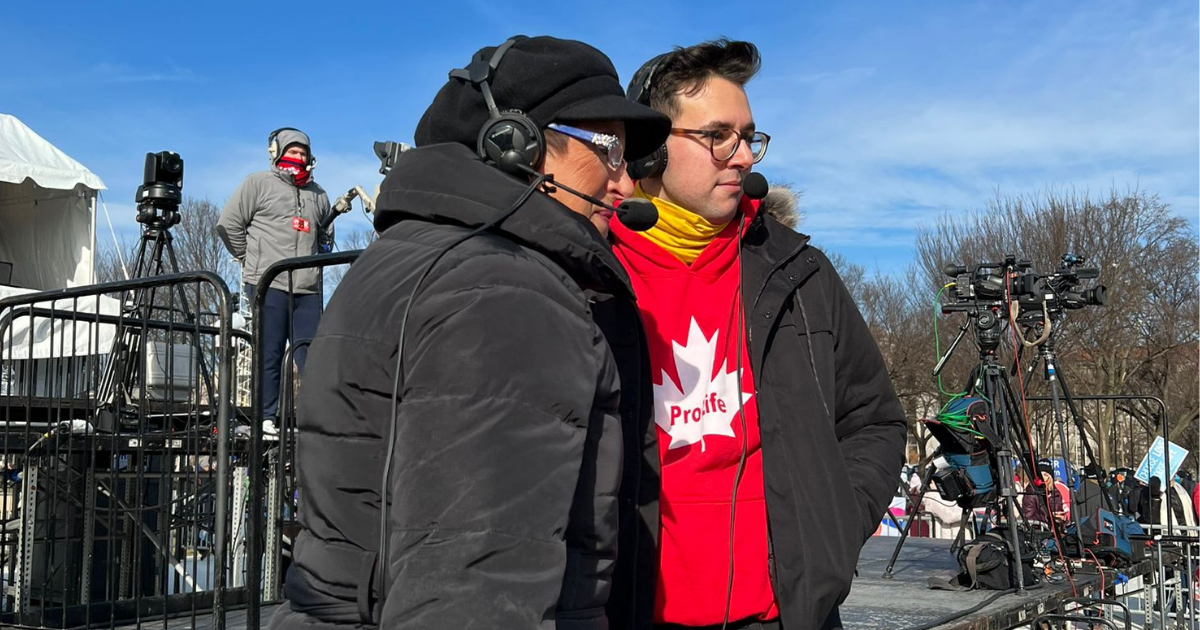 While talking with a friend about my visit to DC and the very real possibility of a post-Roe America, she pointed out something that I had been unaware of. About a dozen states already have abortion “trigger laws” — laws that would prohibit abortion within those states immediately upon the overturning of Roe v. Wade. She mused about the hope and commitment of the legislators who worked to pass those laws. “Long before an end to abortion was on the horizon,” she said, “they wanted to make sure that not a day was wasted, knowing that day would come.”

She was right, as were the honourable men and women who were instrumental in passing those laws — from politicians to volunteers, activists to everyday pro-life Americans. As desperate as their situations seemed, they didn’t allow themselves to become resigned to the ongoing slaughter of children. South Dakota led the way, passing their trigger law in 2005, followed by North Dakota and Mississippi in 2007, while the remaining nine states followed suit over subsequent years. Nearly two decades is a long time to wait before reaping what you’ve sown; but without those small, seemingly insignificant battles over the years, it’s very possible that the American political landscape would be vastly more pro-abortion today.

So, what can we learn from all of this in Canada? We must continue to fight and labour for political progress on abortion. We must struggle. Even if it seems like it’s all for naught. Even if it seems so for twenty years. It’s easy to overlook hope, of course, when the stakes are so high and the obstacles so great. “There are realities we must face,” you might say to yourself, as I so often did. But whatever our human realities might be, they are but vapour in the wind to our God who raised His son from the grave and is the source of all life and all hope.

We must always remember why we do this work. It’s not for political success. That’s only a tool, a step. We do it because we understand the immeasurable value and dignity of every human life and that while abortion wreaks havoc on our nation, we are duty-bound to carry on this good fight. When we find ourselves tired and discouraged, let us always hold onto two realities: abortion is a tragedy in the sight of God, and we will be victorious in Him when we do His work. Let us be filled with love for those who have been harmed by abortion, faith in the power of God, and hope for a better future for all nations.

“Even the darkest night will end and the sun will rise.”