It was the day of the march, and we were all excited to get this started. We first went to Bethesda Bagel which was close to our hotel for breakfast and then we hopped onto the transit towards the National Mall to get our PCR tests so that we would be able to re-enter Canada on Sunday. After our PCR’s we went to the National Mall where the stage was set up for our supervisor Christian Naggar's interview with EWTN. 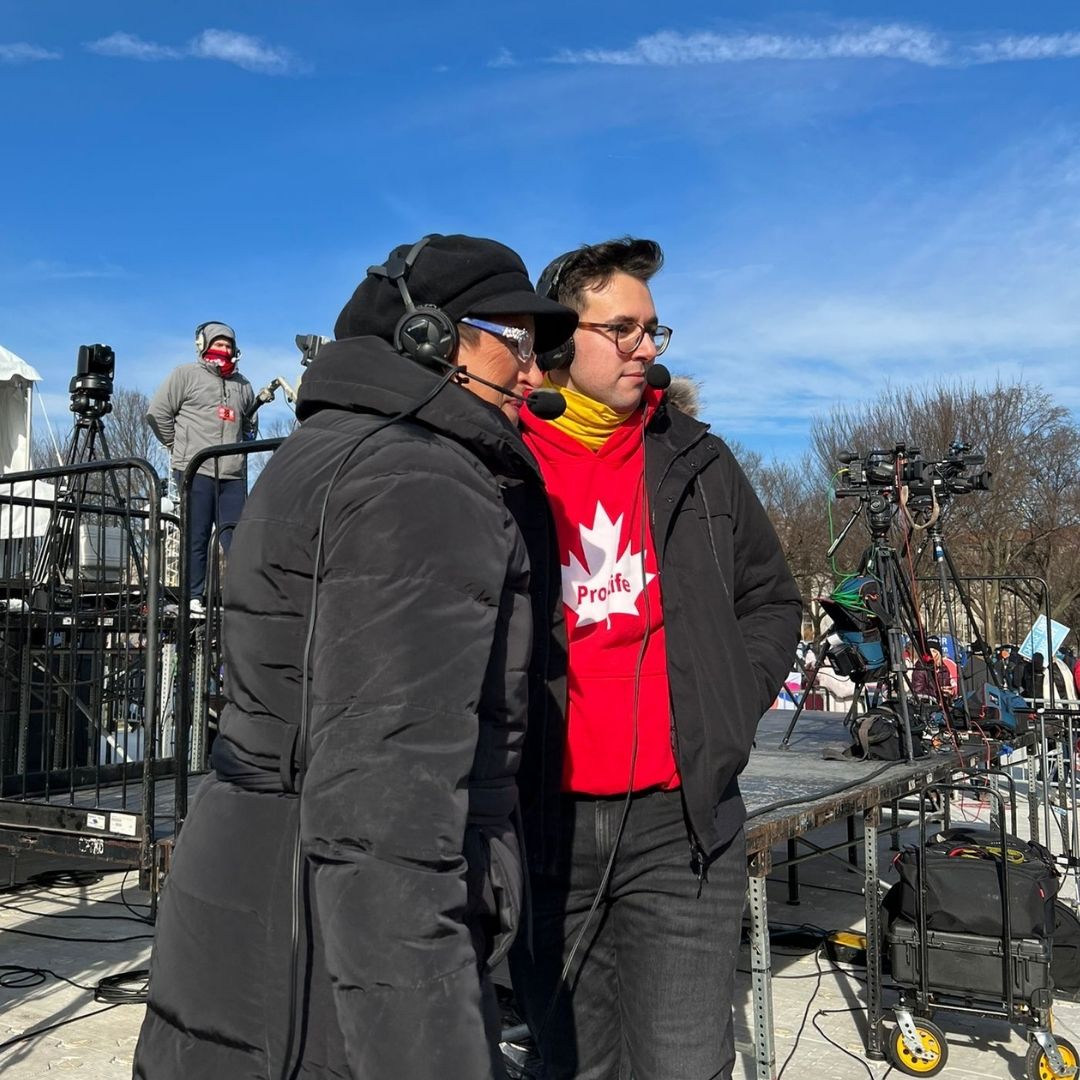 Just like any other protest, there of course was anti-protestors present and I was very intrigued on how all the pro-lifers handled the situation. The pro-choicer had a megaphone but all the marchers did was try to cover him using their own signs such as a big poster of Our Lady of Guadalupe. We then took some pictures overlooking the Capitol Building showing off our Canadian spirit during the march and then we went to take a quick lunch break before it got hectic. 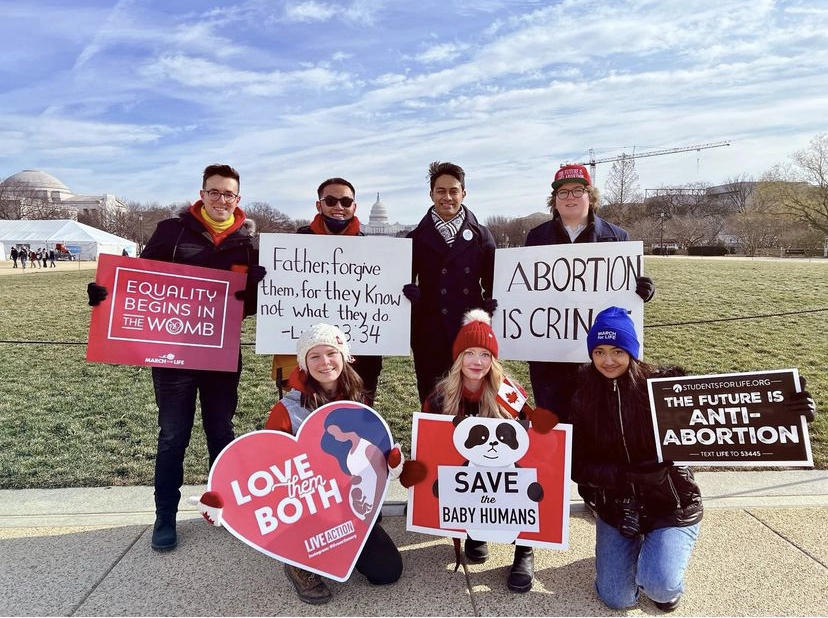 Once we got back to the pre-march rally, the host was welcoming the pro-life members of Congress and the Senate who were in attendance and a video from those who weren’t able to attend. Dang, a majority of the senate and congress shown were Republicans, it almost makes me cringe thinking about how I used to support the Dems until I found out how evil and pro-choice they were.

We then heard different testimonies from actors such as Kirk Cameron and Lisa Robertson, advocates such as Toni McFadden and Katie Shaw, and the legendary priest himself, the host of the Bible In A Year Podcast, Fr. Mike Schmitz. I tried to take down what they said but it was way too cold, and my hands couldn’t handle it, I swear it was like -10 degrees Celsius. But even so, hearing the many stories of people standing up for life no matter what they experience or hate they may face was very powerful for me nonetheless. 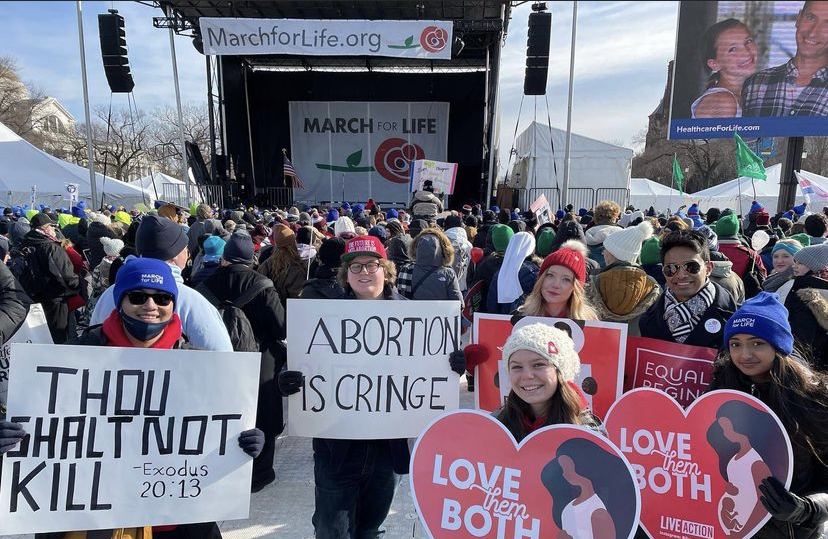 It was then time for the march and our group rushed to the Canadian Embassy to stand in solidarity with our American brothers and sisters in our fight against the grave evil of abortion. We had many people say, “Go Canada!” and many Canadians who now live in the States came up to us to tell us that they were Canadian as well. We knew America is so close to overturning Roe V Wade but back in Canada, there is a lot more work to be done. 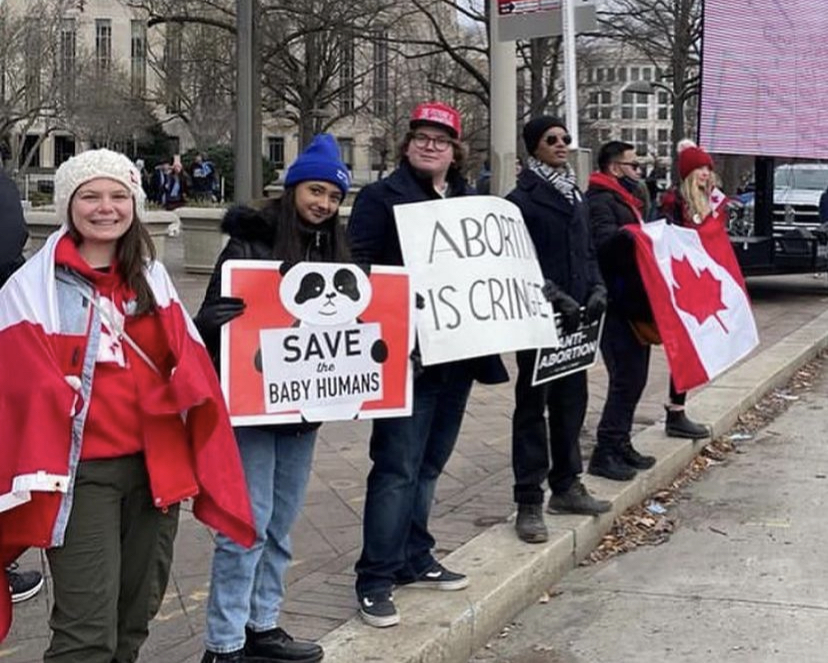 Of course, I’m writing this after the pro-choice conservative Erin O’Toole was just removed from the leadership role of his party and being replaced temporarily by Candice Bergen who is very pro-life. So there may be hope on the horizon especially with the many different pro-life members of the conservative party wanting to run for the leadership role. Keep on fighting for life Canada!

My collegue Gideon caught the attention of the most people with his interesting sign saying, “abortion is cringe” and It was just so powerful seeing the thousands of people gather together for what is right no matter the weather and circumstances. They said to expect around fifty thousand people marching, but in my opinion, that looked like double to triple the amount of people they were expecting to show up and march. 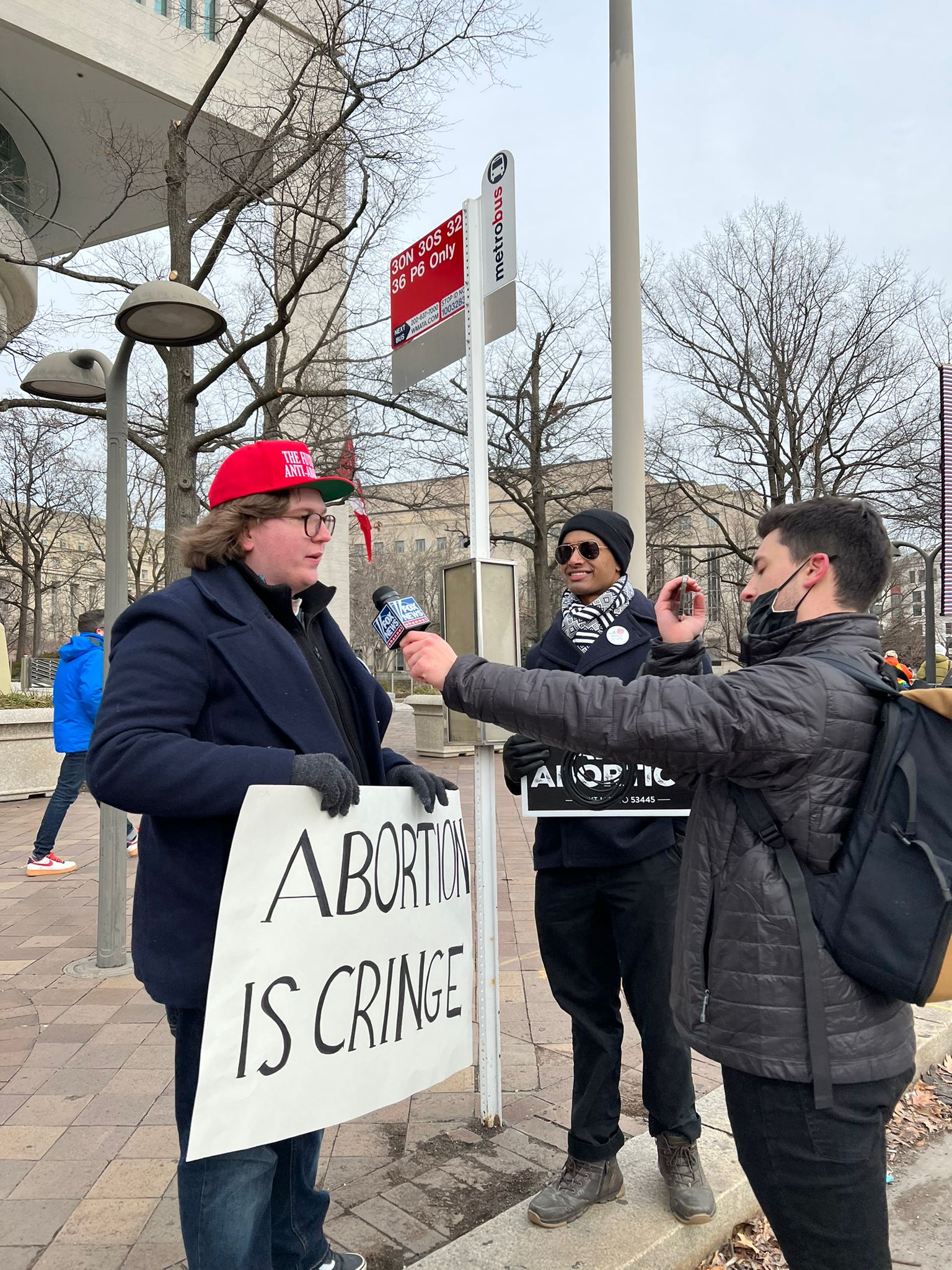 We then joined in at the tail end of the march all the way to the supreme court. From a secular standpoint, it was so powerful to see the many people all gather together even in a global pandemic to advocate save the unborn. From a religious and more specifically a Catholic standpoint, it was just so powerful seeing the many different Catholic and Christian schools, along with the hundreds of priests come together for the march. It was also common to hear a group reciting the holy rosary during the march which put into the action the words of “pray to end abortion.”

The march lasted around 2-3 hours and once we reached the SCOTUS, we all felt the sense of relief knowing we all just marched for what is right physically, spiritually, and morally. We then had the rest of the say free so some of us decided to visit the Basilica of the National Shrine of the Immaculate Conception. Some of us then grabbed dinner at Chick Fil-A and headed back to our hotel rooms where we watched a short movie based on the origins of Roe V Wade and looked at the interviews that some of us including Gideon and Sanam were in. We then called it a night and decided to get some rest for the pro-life summit tomorrow.