Are men allowed to have an opinion on abortion? PART 1

Are men allowed to have an opinion on abortion?

From doing street activism as a young man myself within the pro-life movement, I can tell you that the most popular answer to this question is “No”.

From my observations, it seems pro-choicers feel strongly repulsed when men have an opinion on abortion. I have been called an “idiot” who is infringing on “women’s rights”. People have sworn at me and even rush away. While doing activism, several men I’ve met on the street told me that they don’t have an opinion on abortion. One middle aged man ventured as far as to say that since he cannot become pregnant, the issue does not affect him personally and therefore he does not care about the slaying of children in the womb.

No uterus. No opinion. No exceptions. Right?

If anything, this logic is only consistently applied to pro-life men like myself. It almost never applies to pro-abortion politicians and celebrities. The hypocrisy is real. With the overturning of Roe v. Wade in the United States, everyone is talking about abortion, especially prominent, pro-abortion men.

Here are a few examples, starting with the epicentre of the debate, politicians in the United States. 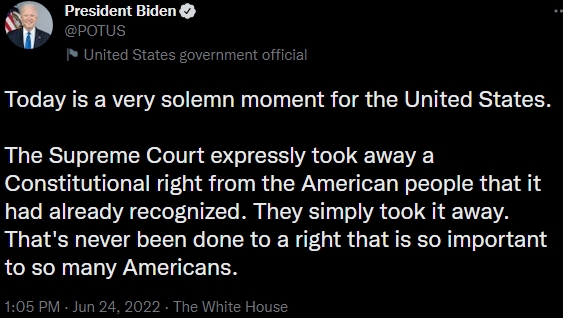 It is not shocking that President Joe Biden and former president Barack Obama are lamenting the Supreme Court’s monumental decision, nor is it shocking that they believe Americans should have a constitutional right to abortion.

One of the options proposed by most politicians to undermine the Supreme Court’s landmark decision is to codify Roe. Many politicians in the United States are in agreement on this issue. Here are statements made by President Biden and Senator Joe Machin. 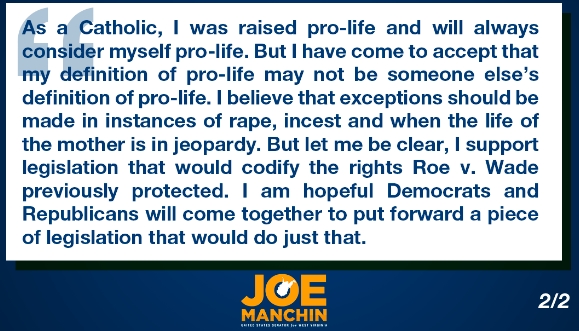 It is really disturbing that two men who claim to be Catholic are speaking in defence of Roe and wish it permanently codified. Worse still, Senator Manchin claims to be “pro-life,” when his opinion directly contradicts all pro-life values. 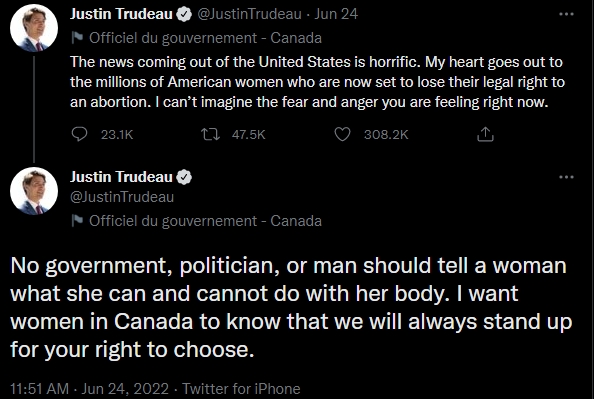 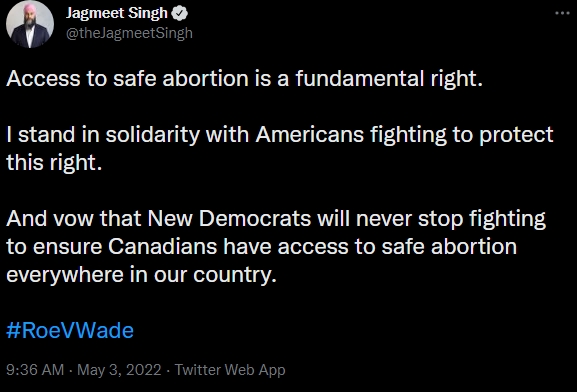 Like most politicians in the States, they parroted the typical pro-abortion talking points and slogans. Both are promising that Canada will never restrict the “right” to abortion like the United States, and Trudeau stated that Americans are encouraged to come to our country to access abortion. Even Prime Minister Boris Johnson in the United Kingdom commented on the decision, stating that it stipulates world-wide “ramifications”, repeating the same messaging and following through consistently with the pro-abortion public relation strategy. He was keen to highlight that he has “always believed in a woman’s right to choose” and he thinks that the decision “is a big step backwards”.

I guess one could make an exception to the rule. It is the job of politicians to ensure that people’s rights are protected, so in that case, even male politicians should have a stance on the “right to abortion”. However, in the inherent hypocrisy that characterizes the left, it seems that outspoken opinions against the overturning of Roe are not restricted to male politicians.

Bill Gates, a liberal humanitarian, goes straight for the heart. Instead of attacking the decision for stripping women of their “rights,” he restates the common fears of abortion advocates, specifically that the restriction of “reproductive healthcare” harms lower class, working women.

Other men who agree that the overturning of Roe is counter-progressive include television host James Corden, Prince Harry, and George Soros.