Are men allowed to have an opinion on abortion? PART 2

Some of the statements made by significant pro-abortion men actually seem to contradict the belief that only women can express an opinion on abortion, including California Governor Gavin Newsom and television show host Seth Meyers. Meyers stated, “I think it’s possible that men hear ‘My Body, My Choice’ and we take away the message that it’s not our issue to speak about, but it’s everyone’s job to advocate for reproductive rights.” 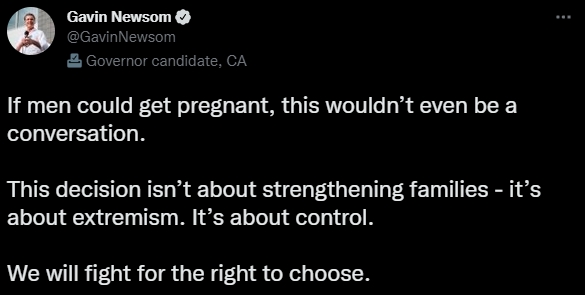 Why are so many pro-abortion men speaking about this issue despite the common no-opinion-for-men narrative? What is the driving force behind their reactions?

I think the media plays a decisive role in deciding who is allowed or even expected to publicly pronounce an opinion. Articles are written shortly after key figures makes statements, and some even comment on those who have not currently voiced an opinion, such as Canadian Federal Conservative Leadership Candidate Pierre Poilievre, Mark Zuckerberg, Tim Cook, and Elon Musk, pressuring them to say something on the issue.

A statement by the leader of the People’s Party of Canada, Maxime Bernier, exhibits how media pressure can result in a reluctant response. 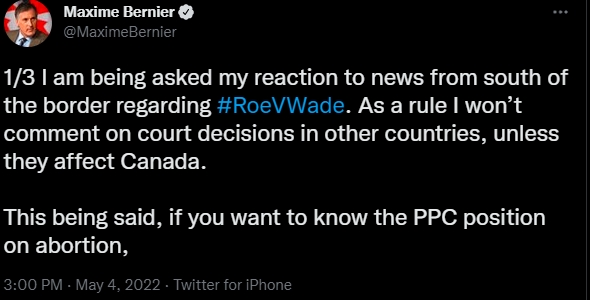 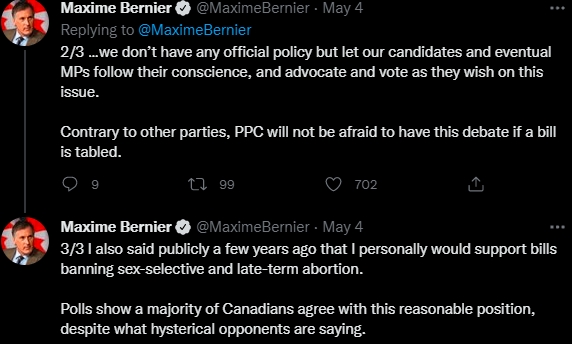 These statements from both politicians and the media are also about rallying support. They are trying to excite the populace and their supporters to vote. Joe Biden has continued to ask that people vote for him to support Roe, while celebrities such as Seth MacFarlane and Henry Winkler encourage people to vote in upcoming elections.

I think others are trying to create hype while upholding a popular public image, such as Green Day’s frontman Billie Joe Armstrong, who stated that he would “renounce” his citizenship during a concert in the United Kingdom. Other examples of outrageous comments include tweets from actor Samuel L. Jackson and writer Stephen King.

At the end of the day, just as “right to abortion” is not codified in Canada or the United States, there are no regulations which state that men cannot have speak about this issue. It is just their opinion. As a matter of fact, the Canadian Charter of Rights and Freedoms and the Constitution of the United States that protect my freedom of speech. Therefore, I will continue to express my pro-life opinion, giving witness to protect the unborn. I encourage all other men to do the same.