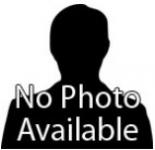 You are a Misogynist

I heard a quip a while ago that while there is a shortage of vocations to the priesthood, there is none to the papacy.  Recently, the Minister of Education/Responsible for Women’s Issues, Laurel Broten, said that Catholic schools in Ontario cannot teach that abortion is wrong because that constitutes, according to Minister Broten, “misogyny”.  She cites Bill 13, the “anti-bullying” bill, to justify her decree:  “We do not allow and we’re very clear with the passage of Bill 13 that Catholic teachings cannot be taught in our schools that violates human rights and which brings a lack of acceptance to participation in schools” (sic) Broten said. She went on to say, “I don’t think that there is a contrast or a conflict between choosing a Catholic education for your children and supporting a woman’s right to choose.” Asked to clarify, she said, “Bill 13 has in it a clear indication of ensuring that our schools are safe, accepting places for all our students … That includes young girls in our school. Bill 13 is about tackling misogyny, taking away a woman’s right to choose could arguably be one of the most misogynistic actions that one could take.” This teaching comes from the catechism of the Liberal government.  Pope Broten has spoken: Pope Benedict XVI is a misogynist, the Catholic Church’s unchangeable teaching on abortion is misogynistic, and anyone who is faithful to this teaching is a misogynist.  I am married to a misogynist.  I have misogynistic children, including two daughters.  Heck, I can’t think of a single person in my entire family (including in-laws) who is not a misogynist.  My neighbours are misogynists, so is my priest.  The 20000 people who showed up to celebrate their misogyny on Parliament Hill this past May are all misogynists.  The 60% of Canadians (according to an Ipsos Reid poll) who favour restrictions on abortion all have misogynistic tendencies. Women who don’t hate their fertility are misogynists. Or, Laurel Broten might just be a misogynistic bully.

In response to Broten, Cardinal Collins stated that the Catholic school system is in the business of “protecting the freedom of all in the school community to engage in pro-life activities in order to foster a culture of life in which the most vulnerable and voiceless among us are protected and honoured throughout their whole life on earth from the moment of conception to natural death.” Amen – and this includes the disproportionate number of female babies targeted through sex-selective abortions.  Also responding to Broten, we have the president of the Ontario Catholic Schools Trustees’ Association, Marino Gazzola, saying “I don’t see the correlation between Bill 13 and this. That’s her choice I guess. I don’t remember seeing anything in Bill 13 about abortion.” And we all know it is all about a woman’s choice, don’t we? He then went on to say that he didn’t see any change to OCTSA’s support of Bill 13.

Um … let me offer my own take on the correlation between Bill 13 and Laurel Broten’s comments on abortion.  Bill 13 is designed to be the club that the bully uses to make the victim’s life miserable and encourage her eventual suicide.  Broten and McGuinty want to get rid of the Catholic school system. If we cannot be faithful in pursuit of our mandate, then we don’t have a mandate and don’t need to exist. Broten’s comments represent the McGuinty government’s overt and hostile takeover of the Catholic school system. Broten is saying that we have to be faithful to infallible Bill 13.  She insists that we call evil good or we are in violation of the law.  Dickens’ Mr. Bumble said that “the law is a ass – an idiot” and the idiot just called us misogynists. The trustee is fine with letting the wolf into the sheepfold because, after all, the wolf didn’t say anything about eating the sheep when it asked for entry.  Sure it was snarling and drooling, but what of that?

Bullying can be defined as “a blustering, quarrelsome, overbearing person who habitually badgers and intimidates smaller or weaker people.”  Laurel Broten thinks that it should be open season on the unborn – 12 months a year and 9 months in the womb.  They say that one should not be silent in the face of bullying.  To be silent is to empower the bully.  Broten just told the entire Catholic school system to shut up.  She wants Catholic teaching to become as convoluted, self-contradictory, and invalid as her government’s policies. If you have the effrontery to stand up for the unborn, she will call you names and shout you down.  Speak up misogynists – do not allow yourself to be bullied!  Contact Laurel Broten’s office (click here) and demand an explanation for the insult she offered you and your Church.  Confront the bullies.  They are cowards at heart and fold when stood up to.