If you thought Bill C-6 was bad as it was, take another look. It just got so much worse!

Last Friday, the federal Justice Committee completed its “review” of Bill C-6 (the “conversion therapy ban”). However, instead of listening to the serious concerns brought forth by scores of qualified medical experts, church leaders, ex-LGBT representatives, and parental rights groups, the Liberal majority shut their ears and hardened their hearts. Nothing would move them.

In fact, they actually intensified their plan to punish those who share a traditional, Christian view on sexuality and gender!

Liberal Committee members ignored the legal opinion that Campaign Life Coalition delivered with the help of a top Canadian constitutional lawyer. Liberals ignored over 16,000 signatures from the petition we delivered at our “Stop the Ban” Rally on December 4th in Ottawa. They ignored warnings from the Evangelical Fellowship of Canada, representing millions of Evangelical Canadians. They ignored the warnings from the Canadian Conference of Catholic Bishops, representing millions of Catholic Canadians. They ignored the personal stories of ex-LGBTs who overcame their unwanted same-sex attraction or gender confusion with the help of counselling.

Instead, Liberal Committee members not only recommended that Bill C-6 move forward hastily to a final vote, but they made five new additions to expand and strengthen this totalitarian legislation. Rather than work across party-lines and listen to all sides, they manipulated the parliamentary review process to push through even more of their one-sided, radical LGBT agenda!

The nebulous term “gender expression” was added to Bill C-6, expanding the definition of “conversion therapy” to include the repression or reduction of “non-cisgender gender expression” (e.g. criticizing cross-dressing and trans pronouns). 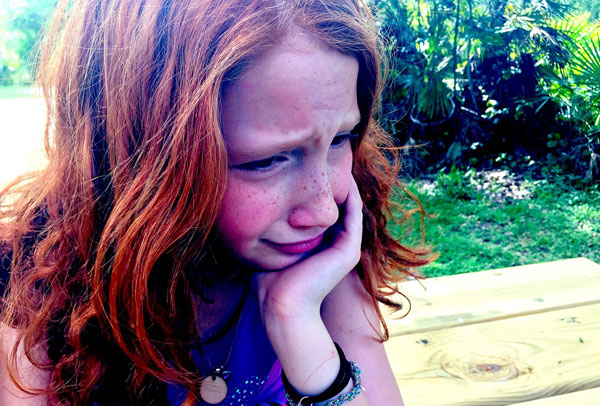 If little six-year-old Jane comes home from school one day and says that she is now a “he”, and her name is now “John”, mom and dad will be completely helpless. If they don’t go along with this fantasy, they could lose their child and go to jail.

Bill C-6, as amended, literally transfers parental authority over to the LGBT activists, taking away every right to object to even the most obscene, harmful, immoral, and foolhardy sexual practices and gender expressions being promoted.

Our precious children, we are told, must be allowed to express themselves according to any non-conforming gender identity they hear about at school or see online. (And there are literally dozens of possible “genders” to choose from!) Can you imagine the chaos? All the while, parents may do nothing but “affirm” their kids like slavish yes-men – or else face five years in jail!

This Bill C-6 might best be called the “parental prosecution bill”!

Liberal Committee members also opted to extend the censorship provisions in Bill C-6. It will now be a crime not only to “advertise”, but also to “promote”, any offer to provide counselling for unwanted same-sex attraction or gender dysphoria. This will ensure that any public messages, articles, pamphlets, books, web pages, web sites, or YouTube videos espousing a traditional view of sexuality or gender can be “seized” or “deleted”. This includes: “any material — including a photographic, film, video, audio or other recording, made by any means, a visual representation or any written material.”

This will no doubt include portions of the Bible, like 1 Corinthians 6:9-11. It may even prohibit the Bible itself, which is, after all, a Book all about “conversion”! There are no religious exemptions in Bill C-6. 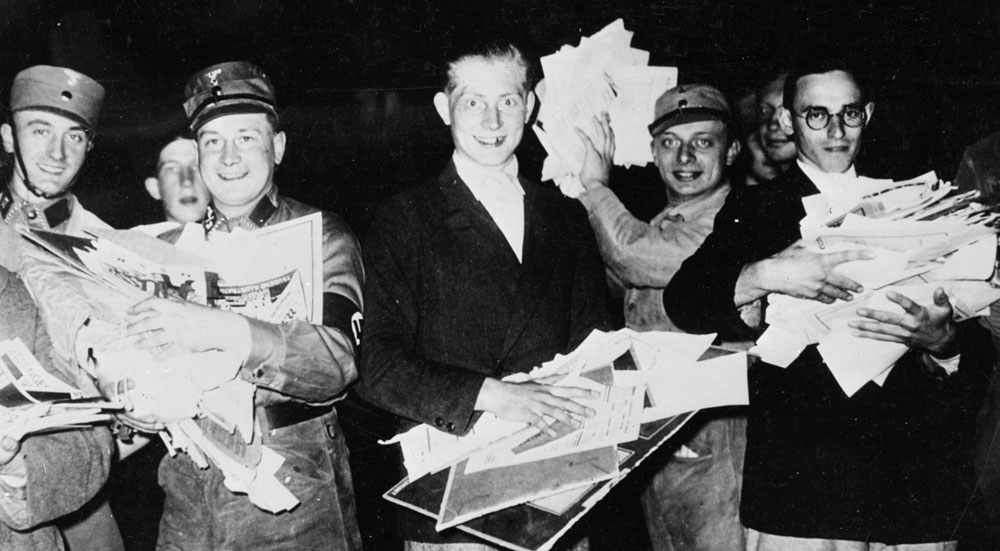 Above: “Un-German” books and literature being “seized” and “deleted” in 1930s Nazi Germany.

Liberal Committee members also lowered the threshold for police to bring charges against “violators” of Bill C-6. Under the original Bill, it was a crime to counsel an adult if it was “against a person’s will”, meaning that the onus was on the adult hearer to object to the counselling or advice given. Now the onus is on those offering the counsel or advice to first obtain “consent” from any adult before ever speaking a word! That means that we dare not say anything from the traditional perspective on sexuality or gender without fear of being charged for not first obtaining consent!

Bill C-6 is a draconian proposal. Here we see the government controlling and compelling our speech – telling us what to say and how to think! The Trudeau Liberals are claiming there is only one valid viewpoint on sexuality and gender – the radical LGBT lobby’s viewpoint.

As for everyone else – we must either shut up or go to jail. In particular, parents must be silenced if the government is to capture the minds of the next generation. It is an age-old strategy – the modus operandi of tyrants and dictators.

I am reminded of George Orwell’s prophetic work, 1984, where we read: “Every record has been destroyed or falsified, every book rewritten, every picture has been repainted, every statue and street building has been renamed, every date has been altered. And the process is continuing day by day and minute by minute. History has stopped. Nothing exists except an endless present in which the Party is always right.”

In the case of Bill C-6, Trudeau’s Liberal Party must always be right. 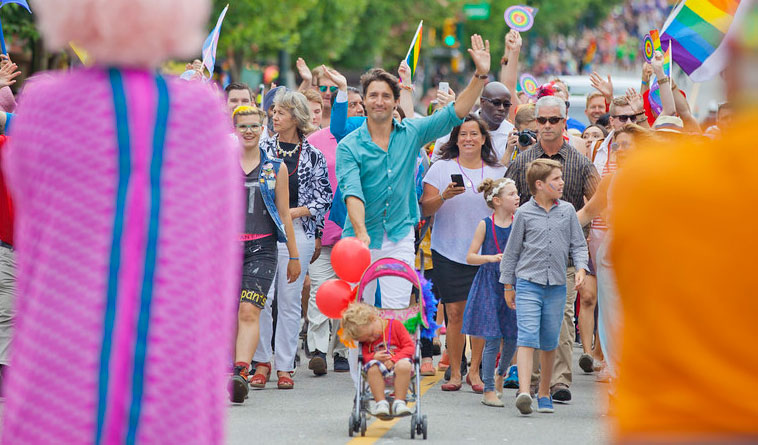 I would ask you to consider reaching out to your Member of Parliament over Christmas not only to wish him or her the greetings of the season, but also to state your opposition to Bill C-6 (the “conversion therapy ban”). We have created a tool to make this as easy as possible, providing you with pre-scripted messages and contact information for your local MP. You can access our tool at our “Stop the Ban” website.

Our efforts against this totalitarian piece of legislation would not be possible if not for your sacrificial giving. With your financial support, we were able to launch the “Stop the Ban” website, featuring professionally produced video testimonials and a complete analysis of Bill C-6. We were also able to set up the contact-your-MP tool, organize our “Stop the Ban” rally, and pay the legal fees to a top constitutional lawyer who helped with our written submission to the Justice Committee.

If you are able, please consider donating towards our ongoing fight against Bill C-6 and other radical initiatives designed to undermine our traditional values and abrogate our God-given rights and freedoms.