September 10, 2021 (Campaign Life Coalition) – The baby at the centre of the 1973 landmark abortion case in the U.S. Roe v. Wade that essentially legalized abortion was, in fact, never aborted. She is now about 50-years-old, married, and has children of her own. She has worked hard to keep her life hidden and secret, until now.

Shelley Lynn Thornton publicly revealed herself this week to be the daughter of Norma McCorvey, the “Jane Roe” of the infamous case that has resulted in the killing of 60 million babies by legal abortion. Journalist Joshua Prager revealed the story of Shelley’s life in The Atlantic. He is also about to release a book on his interviews and research titled The Family Roe: An American Story. 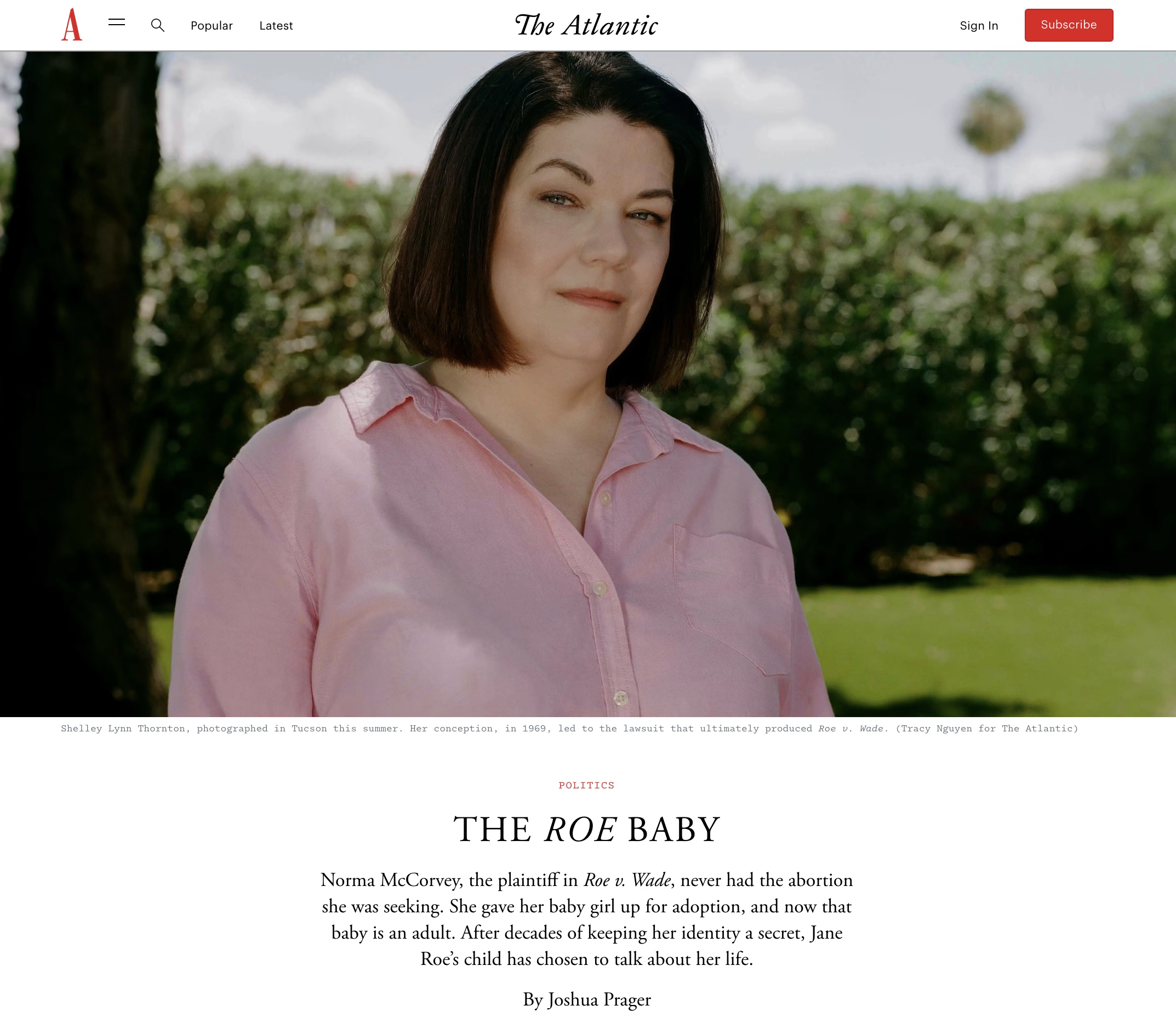 Shelley was adopted by a family as a newborn baby. As she grew up, she began to be haunted by questions about who her birth mother was. As a child, she struggled with anxiety, sometimes experiencing shaking hands when she felt anxious. When she was 15, she began to experience symptoms of depression, feeling, she said, “sleepy and sad.”

It was only when Shelley discovered who her mother was that she began to make sense of her anxiety and depression.

“When someone’s pregnant with a baby,” she said, “and they don’t want that baby, that person develops knowing they’re not wanted.”

She struggled with the reality that her birth mother was the woman behind legal abortion. Because of this, she never wanted to meet her real mother. And, she never did, despite the fact that “Jane Roe” McCorvey eventually became Christian and pro-life.

When Shelley first found out who her real mom was, she had an emotional breakdown, shaking all over and crying.

“The only thing I knew about being pro-life or pro-choice or even Roe v. Wade, was that this person had made it okay for people to go out and be promiscuous,” Shelley recalled about finding out the news of her birth mom when she was 19-years-old.

Prager writes insightfully in his article that the genesis of Shelley’s unease “preceded her birth.” In other words, even in the womb, Shelley sensed as a preborn baby that her life was unwanted, and the feeling plagued her throughout her life.

From Shelley’s perspective, it was clear that if she, the Roe baby, could be said to represent anything, it was not the sanctity of life but the difficulty of being born unwanted.

While Shelley refuses to identify herself as “pro-life” or “pro-choice,” she has long considered abortion wrong. When as a young woman she became pregnant outside of marriage, she decided to have the baby despite receiving pressure from her fiancé to have an abortion.

Abortion was “not part of who I was,” she related.

Shelley’s story highlights the shockwaves caused by a culture that treats preborn babies as a “choice,” someone who can be disposed of. Her story reveals the fallout from a culture that allows women to reject their preborn babies, even to the point of hiring a hitman in the person of an abortionist to have them killed. Most of all, her story reveals that every child needs and deserves to be loved, wanted, and accepted from the first moment of his or her existence.