"No Jab, No Food" OK in New Brunswick

Fast forward 2,000 years to the 22nd month of the COVID crisis in New Brunswick. Somehow, St. Paul’s inspired principle has become twisted and turned on its head. Now we hear a new maxim from our political leaders, which goes something like this:

‘If anyone will not be vaccinated, neither shall he eat.’

That is according to the gospel of New Brunswick Premier Blaine Higgs. The Premier has given the go-ahead to the province’s grocery stores to deny entry to unvaccinated persons. Can you believe it? 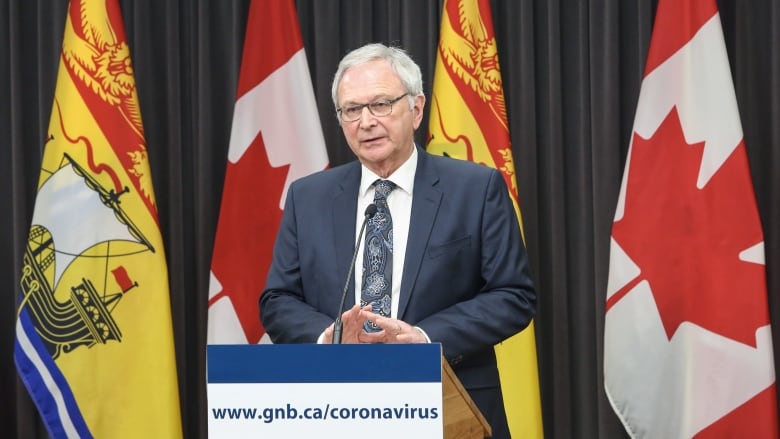 Maybe our politicians think this concept sounds virtuous. Maybe they think this will “motivate” more people to get jabbed. But the fact is: It’s absolutely cruel and inhuman. And it is the furthest thing from the Gospel of Christ!

If a person refuses to work, doesn’t earn any money, and can’t buy food, then he creates his own dilemma.

Yet even people who deliberately refuse to work are often the beneficiaries of the kindness of food donations or taxpayer-funded government programs. Indeed, even criminals who have murdered and raped receive a daily allowance of food while incarcerated in government-run prisons.

But if a person is happy to work, yet isn’t allowed to buy food because of some government policy against unvaccinated people, then the government creates his dilemma!

Although Premier Higgs has not (yet) legislated mandatory vaccination for groceries, his government has taken a big step in that direction. As of December 4th, all retail stores and businesses, including grocery stores, have government permission to “require proof of full vaccination 12 and older.”

I know of a few starting to do just that, like the Fredericton Boyce Farmers' Market. (I happen to live in New Brunswick.)

Above: The Fredericton Boyce Farmers' Market requires a vaccine passport.

In other words, the government has declared that unvaccinated New Brunswickers may be denied essential goods and services (including groceries!) if business owners so choose.

Premiers Higgs has signalled that he is OK if 18% of the eligible population (133,000 unvaccinated citizens) are pushed into starvation!

This is an unbelievable and truly shocking “public health” policy. The mere suggestion of it is a psychological torment to those adults and children impacted.

There have been a total of 140 “COVID-related” deaths and 484 “COVID-related” hospitalizations reported in New Brunswick over that last 22 months. However, in spite of these relatively low numbers, the government has now deemed it justifiable to put 133,000 citizens at risk of starvation! This is an irrational trade-off.

Already, the Higgs government has forced thousands into unemployment because of their vaccination status, but this new “jab for food” idea is so much worse.

Premier Higgs has also banned unvaccinated people from singing in church and from attending all funerals and weddings. (Although, it is not clear if you are permitted to attend your own funeral!)

Andre Memauri of the Justice Centre for Constitutional Freedoms warns: “Potentially depriving citizens of food constitutes an act of cruelty. It is discriminatory, unconstitutional, and likely an offence under international law. No one should be barred from the ability to purchase food to feed their family.”

Food is a fundamental human right enshrined in various international treaties including Article 25 of the Universal Declaration of Human Rights and Article 11 of the International Covenant on Economic Social and Cultural Rights.

SEND AN ACTION ALERT EMAIL TO YOUR MP & MLA

There are some stark parallels between what is happening today in the name of pandemic “public health” and what took place in 1930s Germany.

Did you know that the Nazis had a “health passport” called the gesundheitspass? This was used to determine employability or limit travel based on an individual’s medical history. If a person had a particular disease or was deemed prone to getting a particular illness, he or she was restricted much as unvaccinated people are today. The Jews were specifically targeted as being spreaders of tuberculosis and disease.

There was also another passport called the ahnenpass or “ancestry pass”, which was used as an added “public health” measure to promote genetic purity in society. 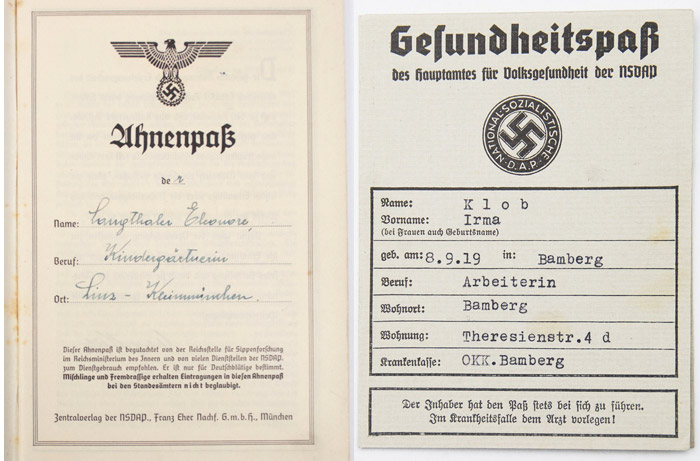 Without these passes, your life was quite limited. In time, those deemed “impure” were not only denied employment, travel, goods and services, but they were actively persecuted and ghettoized.

While we cannot say that Canada is on the exact same track as Nazi Germany, there are some disturbing parallels that make the New Brunswick government’s policies particularly worrisome. It is true that these policies have nothing to do with racial or genetic purity, but their myopic focus on “medical purity” is terribly frightening.

It is true that the Jews, Gypsies, racial minorities, and disabled people of Germany could not choose to change their status, whereas unvaccinated people can indeed choose to become vaccinated.

However, when the “choice” to get vaccinated requires 133,000 people to violate their consciences or disobey their sincerely-held religious beliefs in order to obtain food, then this is not a FAIR CHOICE at all! A conscience-killing choice is not a real choice.

It is imperative that we help our politicians understand this critical point. They need to realize that COVID vaccine mandates are human rights violations: They violate our freedom of conscience, religion, and our bodily autonomy. Our politicians also need to realize that the use of manipulation, coercion, and force on citizens – up to the point of threatening starvation – is unconscionable in a free and democratic society.

In fact, we will have lost our very soul, as a free nation, if we accept this type of medical tyranny.

Please join me in sending an urgent Action Alert Email message to your federal Member of Parliament and provincial Representative and call on them to stop COVID vaccine mandates in Canada. Your voice – combined with the voices of thousands of other Canadians – will make an enormous difference.

Yours for Life, Family, and Freedom,

P.S. You can send a message to your MP and MLA here: https://www.votervoice.net/CALIFE/Campaigns/86935/Respond

P.P.S. If you haven’t already done so, please also sign our petition against liberty-destroying vaccine passports, by clicking here: https://www.campaignlifecoalition.com/petition/id/50