We’ve already written to you about Pierre Poilievre and Leslyn Lewis, the first two candidates to declare their intention to run.

The next to declare they’ll be competing for leadership of the Conservative Party of Canada (CPC) were Patrick Brown and Jean Charest. The media has reported that these two men have a pact of mutual cooperation, designed to help ensure one of them wins.

Let's explore these new entrants into the contest, and their positions on moral issues.

Can pro-life and socially conservative voters support them?

Brown was a Conservative MP in Barrie from 2006 - 2015 under Stephen Harper. In 2015, he ran for and won the Ontario PC Party Leadership, but was ousted by his own MPPs in 2018 owing to allegations of sexual misconduct.

However, not one to leave the public taxpayer trough, he ran for Mayor of Brampton in 2018 and won, despite being mired in sexual, financial, and voting fraud scandals. On March 13, 2022 he announced he'd seek the leadership of the Conservative Party of Canada. 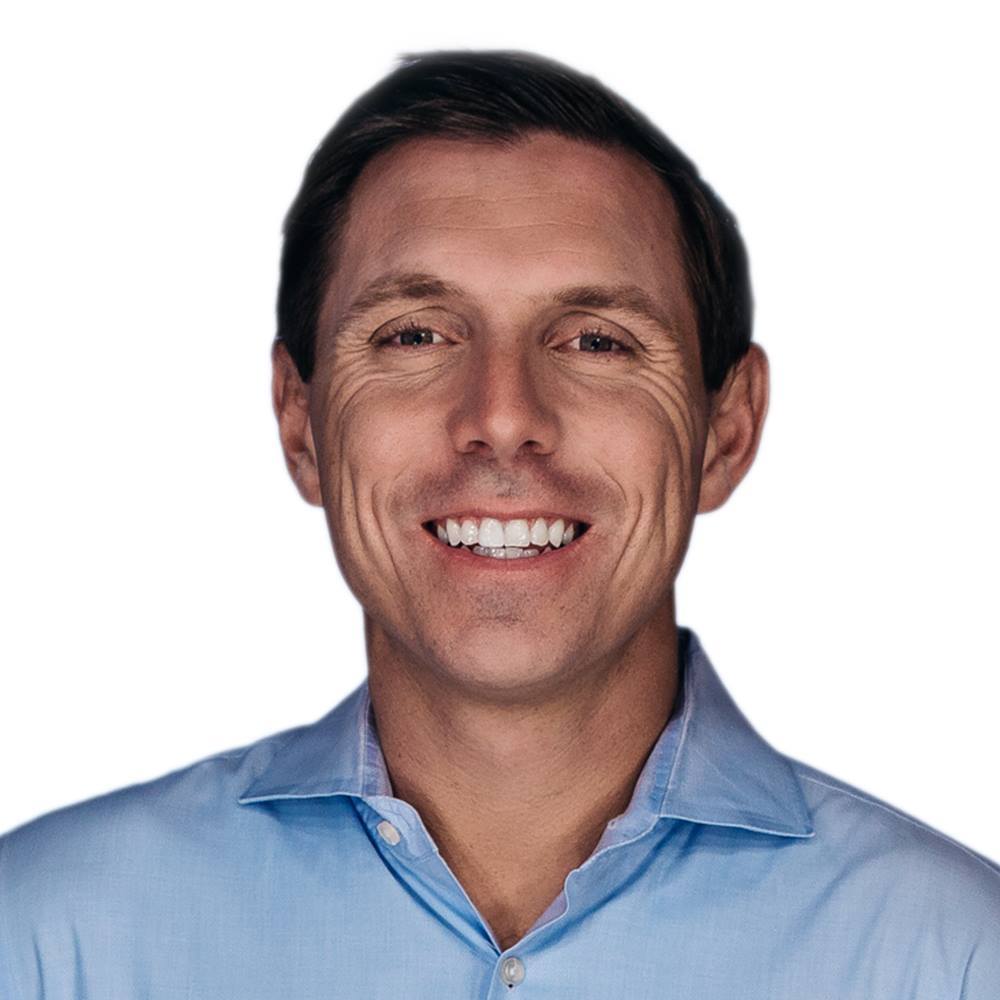 Brown can be characterized as a political shape shifter. When appealing to conservative voters in leadership races, he presents himself as a deep blue conservative and makes it sound like he supports socially and fiscally conservative policies. (At the moment, he's presenting himself as a champion of religious freedom.)

But once in power, and perceives that he no longer needs that constituency, Brown metamorphoses into a flaming red liberal and begins copying all the leftist policies of Justin Trudeau and the provincial Liberals.

A case in point was Brown’s shameful reversal on the Kathleen Wynne Liberal government’s radical sex curriculum for children as young as six.

Brown won the 2015 PC Party of Ontario leadership in large part by selling memberships to parents to whom he promised he would repeal the hated sex-ed curriculum. He even spoke at a large parental rights protest against the curriculum at Queen’s Park. Shortly after winning however, he came out in favour of the Liberal sex program for kids, and like a viper, turned on the parents who elected him, slandering them as “homophobes”.

During that PC leadership race, Brown also sold himself as “solidly pro-life” and “pro-traditional marriage”, pointing to his perfect pro-life voting record as a federal MP.

But after winning the leadership, he abruptly abandoned these positions, declaring support for homosexual “marriage”, marching in a gay pride parade, and expressing his undying commitment to abortion, which he euphemistically called “a woman’s right to choose”.

Brown was such a shameless liar that during a face-to-face meeting with CLC at our office, at which I was present, Brown described with great passion how he was “so committed” to the pro-life cause that he willingly incurred Stephen Harper’s wrath by voting in favour of Motion 312. That was a pro-life motion by then-MP Stephen Woodworth, which sought to explore what modern medical science has to say about when a human being comes into existence. Stephen Harper applied pressure on his MPs to vote against it.

Fast forward a few months after CLC helped Brown secure the leadership by recruiting 6,000 PC memberships, and Brown told the media an entirely different story about why he had a perfect pro-life, pro-family voting record as a federal MP.

Believe it or not, he blamed his voting record on Stephen Harper!

Speaking to the media, Brown implied that he never really wanted to vote the way he did, but felt he had to go along with the caucus under Harper, which was strongly socially conservative! Explained Brown to the CTV:

“I was a backbench member of a broader team... Now that I'm the leader of the party I can much (more) clearly speak from my own heart...”

Brown has a breathtaking propensity to lie.

Before the 2015 PC leadership vote, I remember him telling me in a conversation that if he were to win, CLC should encourage its pro-life supporters to run for PC candidate nominations throughout the province to advance the pro-life cause at Queen’s Park.

I was elated and thanked him for his openness to pro-life candidates.

However, once installed as leader, he began a purge of so-cons that made our heads spin; disqualifying pro-life, pro-family candidates all over the place.

In fact, under Patrick Brown, the PC Party suffered numerous credible allegations of nomination elections being rigged, sometimes against so-cons; other times just to benefit his preferred candidate. There were numerous allegations of ballot box stuffing, out of riding voters being allowed to cast ballots, forgery, “false ballots” and voter ID fraud.

In one riding, Hamilton Police conducted a criminal fraud probe into Patrick Brown following leaked documents which included an email from Brown instructing his top PC executives to “get me the result I want” in a particular nomination election.

He even denied grassroots members a voice by rigging the PC Party Policy Convention to block any policy resolutions that might call for repealing the Liberal sex-ed curriculum or axing the carbon tax, despite overwhelming support for these ideas from the grassroots membership.

But Patrick Brown’s betrayal was not limited to social conservatives.

Throughout the PC leadership campaign, he promised repeatedly that he'd fight Justin Trudeau to kill the federal carbon tax. And make no mistake: that was an extremely popular policy position amongst grassroots PC members.

However, at the very first Party convention, Brown shocked the delegates in attendance, leaving a room full of members with jaws agape in total disbelief at what they just heard, by stating that his government would institute a carbon tax. No consultation. No vote by members. Just an edict from the leader that totally reversed the platform he just finished running on.

In conclusion, Brown is a liberal-lite clone and would govern exactly like Erin O’Toole.

Brown would likely win the prize for the most corrupt politician we’ve ever encountered.

Not a single word out of his mouth can be trusted. And that’s a warning which the fiscal conservative, democratic conservative, and libertarian factions of the CPC should heed. Putting your trust in Brown to govern with real conservative policies is a bit like putting your head inside the mouth of a hungry lion after being told, “Don’t worry, he’s friendly!”.

Brown is thoroughly pro-abortion and anti-family. He is a definite red light, and we’ll be urging Campaign Life Coalition supporters not to rank him on their ballots.

Charest was a federal Conservative MP representing a Quebec riding from 1984-1998. He left federal politics to become leader of the Quebec Liberal Party, and went on to become Premier until 2012. On March 9, 2022, Charest announced that he would be a candidate for leader of the CPC. 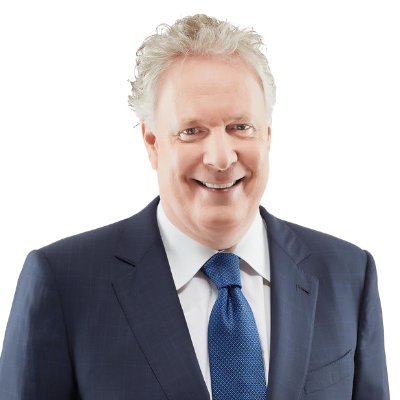 Despite his current claims of being a “true conservative”, Charest has a public record of opposing the right to life, the traditional family, and religious faith, all of which are small-c conservative values.

As Liberal Premier of Quebec, Charest supported a pro-abortion Bloc Quebecois motion in 2010 which called on the federal government to affirm “the right of women to free choice and to free and accessible abortion services.” Following the unanimous vote in support of the motion, Charest told The Globe and Mail:

“Abortion is an inalienable right and the consensus expressed in the National Assembly reflects the consensus on this issue in Quebec society. Today’s motion sends a clear message to the federal government on the need to protect an essential right for all women.”

He added that, in Quebec, the abortion “battle is over and here there is no turning back.”

Charest refused to appeal a 2007 Quebec lower court ruling that ordered the province to pay women $13 million for the portion of abortion fees that were not covered by provincial health insurance for abortions committed out of province or in private, for-profit facilities. Many of these were for late-term abortions committed beyond 6 months.

It can be argued that the form of homicide known as euthanasia is legal in Canada today, in part, due to the actions of the Jean Charest Quebec government.

It was Jean Charest’s Liberal government which set up a panel of three “experts”, who, in 2013 ended up advising that although the federal government had authority over the Criminal Code, the province could circumvent that by pretending that euthanasia is a matter of “health care”, a sector over which provinces have jurisdiction.

Basically, he waged war against all of these while Premier of Quebec.

Starting in the 2008 school year, the Charest government imposed on all Quebec students, whether in public school, private school or even homeschooled, taking a program on “Ethics and Religious Culture”. The course would be mandatory from Grade 1 to the end of high school, and essentially taught children moral relativism, presenting all religions as equal (an idea that is contested by Christianity, Islam and Judaism at least), promoting atheism, and normalizing homosexuality as early as Grade 1.

In 2009, the Charest government promulgated a new provincial policy against “homophobia” and “heterosexism” touted as the first of its kind from a North American jurisdiction. The goal of the policy was to eradicate from Quebec society the traditional Judeo-Christian understanding of human sexuality, and to normalize all forms of homosexuality. At several points, the new government policy highlighted the need to target schools and youth.

The hostility that Jean Charest has towards Christianity and people of faith in general, was demonstrated from 2010 to 2011, when he banned the teaching of a belief, dogma or practice of a particular religion from all government funded daycares, including those run in private homes. The directive banned religious prayers, religious themed crafts and songs.

In conclusion, Jean Charest will receive a red light rating from Campaign Life Coalition, and we will ask supporters not to rank him on the ballot.

Become a voting member to elect a pro-life Leader

So far in the race, CLC has deemed MP Leslyn Lewis as a supportable, green-lit candidate, along with two other pro-lifers who will soon be made known.

We must seize this opportunity to elect a pro-life Conservative. Please become a voting member today by joining or renewing your membership in the party at this link here: https://donate.conservative.ca/membership/.

P.S. After you join the party, please email us at [email protected] to let us know. We need to track the number of so-con CPC members.