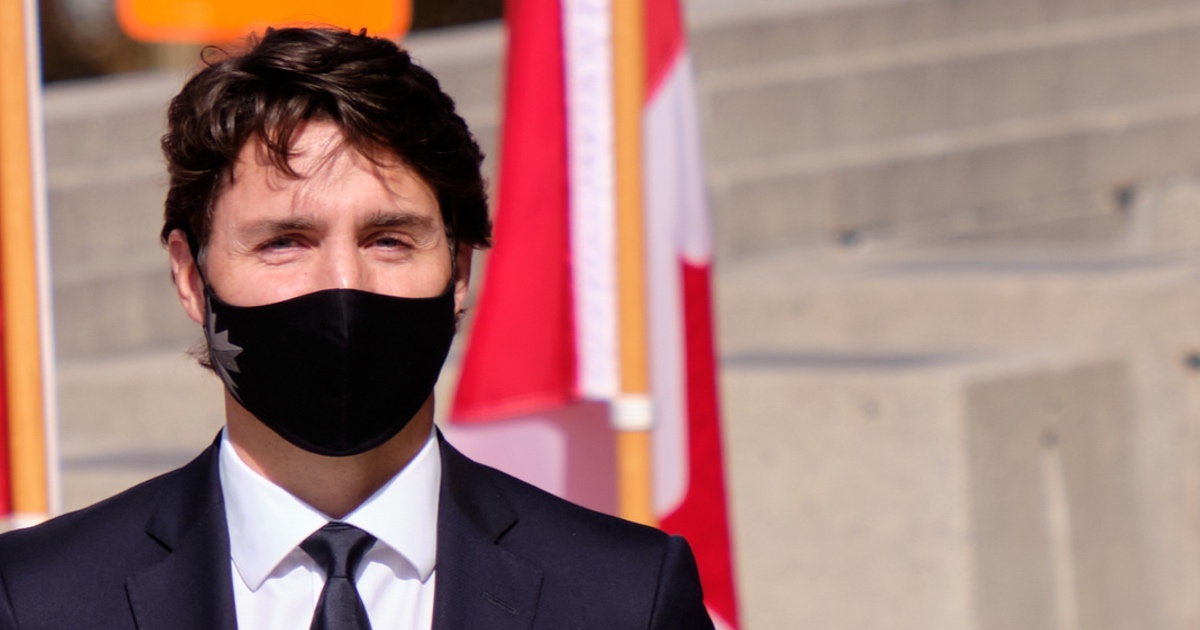 April 8, 2022 (Campaign Life Coalition) – Justin Trudeau’s 2022 budget throws millions of dollars at promoting many evils that are anti-life and anti-family.

Here are a few items that we at Campaign Life Coalition found especially concerning.

"Help for Canadians Who Want to Become Parents”

One troubling item in the budget is the Liberals’ plan to offer a tax credit for surrogacy and in vitro fertilization so that homosexuals and others can “build the family they dream of.”

“Across Canada, there are those who are facing challenges on their journey to become parents. Whether facing fertility issues, being part of a same-sex couple, or just wanting to be able to be a mom or a dad on their own terms, some Canadians rely on surrogacy and expensive procedures in order to build the family they dream of. But currently the Medical Expense Tax Credit is not available to those who need to pay medical expenses of others in order to become a parent,” the budget states.

“Budget 2022 proposes to allow medical expenses related to a surrogate mother or a sperm, ova, or embryo donor that are incurred in Canada for 2022 and subsequent taxation years to be claimed. This would include costs that have been reimbursed to a surrogate for in vitro fertilization expenses.”

“Budget 2022 also proposes to allow fees paid to fertility clinics and donor banks in Canada in order to obtain donor sperm and ova to be eligible under the Medical Expense Tax Credit for 2022 and subsequent taxation years," it adds.

Fertility treatment that involves separating the marital embrace from procreation is gravely immoral. Children have a right to be conceived in a loving embrace by a man and a woman who are committed to one another in a stable marriage. Common sense backed by the social sciences make it clear that children flourish best in the context of a loving, stable relationship between a mom and a dad. Such fertility treatment commodifies human life, degrading human life into an “object” that can be bought and sold. It is an attack on human life, and especially on children who are brought into existence this way.

The immorality of this kind of fertility treatment continues when such treatment results in the wilful killing of unwanted human embryos. The “most-promising” new human life, which is a unique human being, is placed in the womb while the others are either discarded or frozen. And surrogacy, which is the renting of a woman’s body to grow a child, is simply human reproductive trafficking. It gravely offends the dignity and the right of the child to be conceived and brought up by his or her own parents. All of these are works of darkness that further the culture of death.

We at Campaign Life Coalition stand for a true culture of life, one where marriage between a man and a woman is honoured, where children are conceived within a loving marital embrace, and where children are nurtured by their biological parents. This is the gold-standard for childrearing and something to strive toward even when life does not go as planned, as in the cases, for example, of broken parental relationships or an “unplanned” pregnancy. Families are not something anyone can “build” or that anyone can create “on their own terms.” Families are called into being by love and are places where love unleashes life.

Trudeau’s budget also doubles down on his “Feminist International Assistance Policy” which, he claims, works to “improve the lives of women, girls, and vulnerable populations around the world.”

This policy commits to spending $650 million over three years for “sexual and reproductive health and rights,” a euphemism for abortion on demand, age-inappropriate sex-education, and the promotion of gender ideology in developing countries.

This budget will continue to funnel millions of dollars to abortion advocacy groups such as International Planned Parenthood Federations, Marie Stopes International, Women Deliver, and others.

The Liberals state in their budget that “now, more than ever, it is critical that Canada work to build a safer, more stable, and more prosperous world for all. Canada has an important role to play in promoting and strengthening democracy and human rights.” The greatest human rights violation of our time is the holocaust against the preborn by abortion. Far from “promoting and strengthening” human rights, through this budget, Trudeau continues to fund the genocide of the pre-born, making a travesty of human rights.

Also in the budget is Trudeau’s “LGBTQ2 Action Plan” that will provide $100 million over five years to support a “fairer and more equal Canada for LGBTQ2 Canadians."

“While Canada has made significant progress since same-sex marriage was legalized in 2005, many LGBTQ2 Canadians still face discrimination on the basis of their sexual orientation, gender identity, or gender expression, which continues to result in persistent health, social, and economic inequities,” the budget states.

People of faith who hold that marriage is created by God to exist only between men and women know that a “fairer and more equal Canada” for people who identify as LGBTQ means outright persecution of those who hold Biblical beliefs. “Tolerance” only extends to those who tow the progressive line. Those who hold the Biblical view of homosexual behaviours and who see gay “marriage” as a mockery of real marriage have discovered that Trudeau’s “fairer and more equal” Canada does not apply to them.

Funding the advancement of the LGBTQ2 ideology in Canada will, in effect, mean more individuals will fall into sexual sin and the quashing and even outright persecution of Christians and other people of faith who do not subscribe to this ideology. It’s a shame that Canadians’ hard-earned tax dollars are going to fund ideologies that contradict God’s laws, are anti-family, and will ultimately lead to the unravelling of our nation.

We are pleased to see the Liberal government recognize that losing a baby during pregnancy is traumatic and offer a plan to provide “support to federally regulated employees who experience a miscarriage or stillbirth.”

“A miscarriage or stillbirth is a profoundly tragic event in someone’s life, and can cause physical and psychological trauma,” the budget states.

“In 2021, the federal government took steps to support federally regulated employees who experience pregnancy loss by introducing new bereavement leave provisions under the Canada Labour Code. These provisions provide up to eight weeks of unpaid leave for employees who lose a child or experience a stillbirth. The first three days will be paid for employees who have completed three months of continuous employment.”

“The government intends to introduce legislative amendments to the Canada Labour Code in the coming year to provide additional support to federally regulated employees who experience a miscarriage or stillbirth.”

This is a step in the right direction. It recognizes the pain and anguish that parents experience in losing a baby during pregnancy. While this move is praiseworthy, it also reveals the cognitive dissonance in the Trudeau government when it also promotes abortion, whereby a mother agrees to have an abortionist kill her baby whether she was forced into it, or it was her own decision. Abortion is also a “tragic event in someone’s life,” not only for the baby whose life has been snuffed out, but also for the mother and father who have lost their baby due to their own actions. We at Campaign Life Coalition fight for an abortion-free Canada where human life is respected from conception to natural death.

Many aspects of the Liberal budget promote evil. Unfortunately, it’s something we’ve come to expect from a Prime Minister who has used his office to normalize all manner of evils, including promoting abortion at home and abroad, indoctrinating children in immorality, and persecuting people of faith, just to name a few.

This budget shows the Liberals’ deep-seated commitment to advancing ideological positions that undermine the family, the cell of society, and are therefore destructive to the social fabric of our country.

As the Trudeau Liberals use more and more of your tax dollars to advance the works of darkness across our nation, we call on all of you who have chosen to live as children of the light to stand firm against these well-funded works of darkness and not let them undermine your peace, joy, and confidence in God.