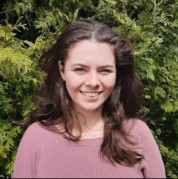 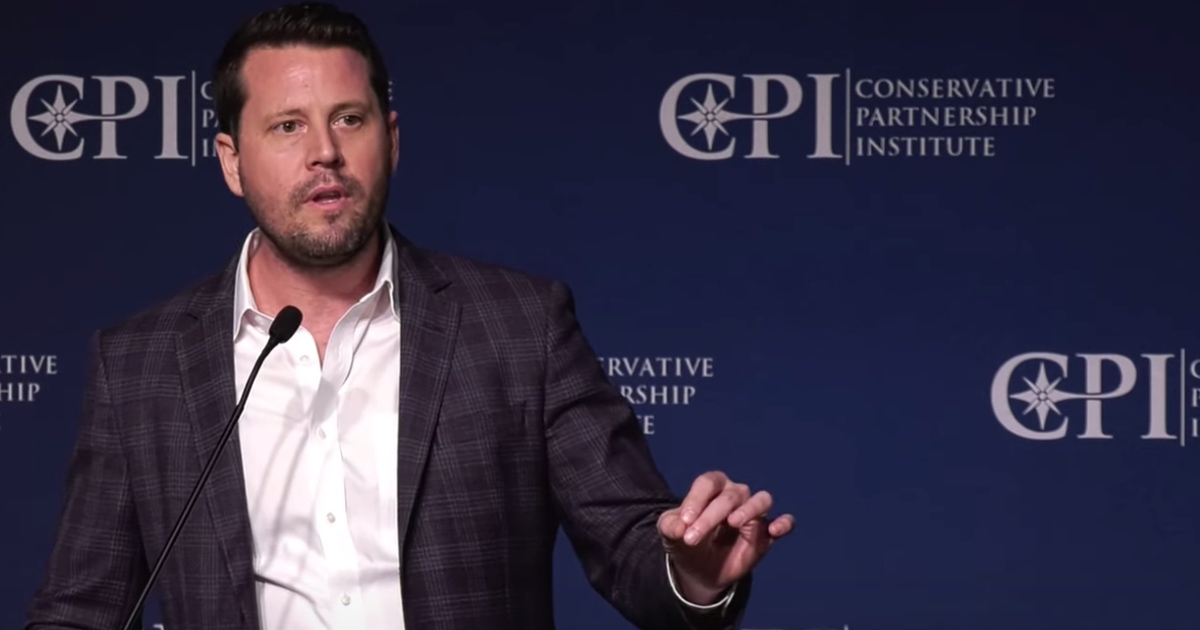 June 1, 2022 (Campaign Life Coalition) – The head of the world’s most popular satirical website said that it’s no joke that “misinformation” from the left about abortion is not only “harmful,” but deadly.

“Harmful misinformation is telling a woman that abortion is a decision about her body when another body and life is at stake,” said Babylon Bee’s CEO Seth Dillon at a pro-life gala dinner following Canada’s May 12 National March for Life.

Dillon continued with a list of ways in which abortion misinformation is harmful and destructive.

“This is the misinformation that actually costs lives,” he said. 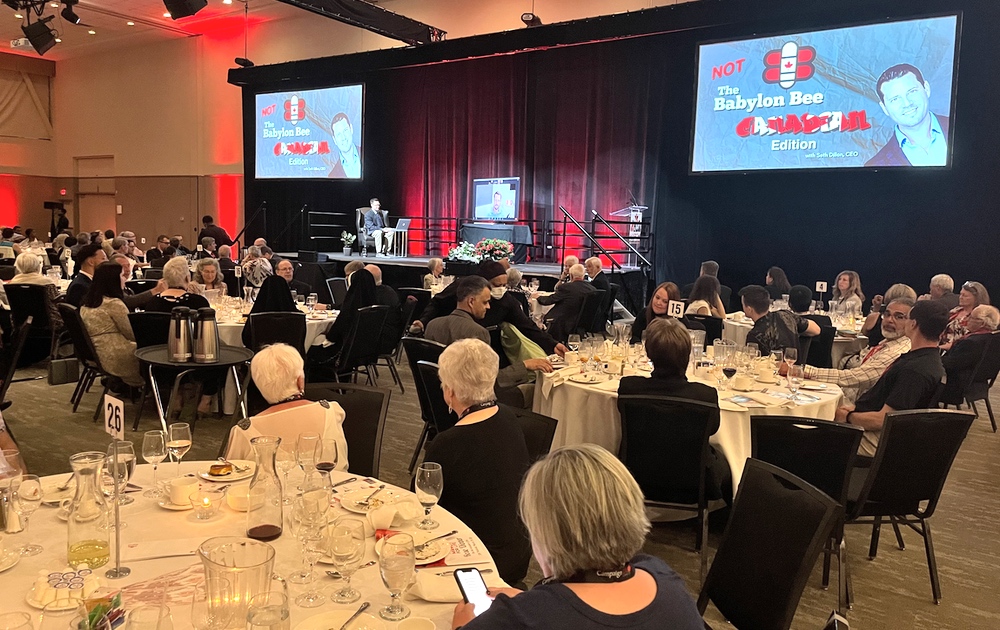 While Dillon kept the audience laughing throughout his speech with a sharp sense of humour, he also highlighted some truths about the left and the narrative they want to spread.

“Not long ago, we were told that men weren’t allowed to have an opinion on abortion and now we’re told that men can get pregnant,” he joked in his speech. “Reality has become a parody of itself.”

In his speech, Dillon explained how the Babylon Bee uses satire to convey candid commentary on today’s absurdities. “We basically exaggerate the truth to make a point. We go a step beyond the truth in the direction the truth is already pointing.”

He explained that a good joke has to “be tethered to reality” and “rooted in the truth,” adding that there's a “grain of truth in every joke.” The truth at the bottom of satire is then used to "poke holes” in false narratives. He brought up the recent example of the Babylon Bee’s satire on transgender ideology where it poked a hole in the narrative that a man can become female.

Dillon outlined how when USA Today named U.S. government health official, Rachel Levine, a biological male who presents himself as female, as ‘woman of the year,’ the Babylon Bee decided to make a joke. “We did a joke about how Rachel Levine was our ‘man of the year’ as our counterpunch to that,” he said.

But the joke, however, did not go over well with everyone. Transgender activists were furious. After the Babylon Bee posted its headline on social media, Twitter declared it to be hateful and suspended the Bee’s account.

“[The joke] was considered punching down this male high-ranking government official,” Dillon said.

Twitter’s censorship of the Babylon Bee may have provided the catalyst for Elon Musk’s move in April to purchase the social media giant. It was Musk, founder of Space X and Tesla, who sat down with the Babylon Bee for an interview in December of 2021. It was a deep and often profound conversation with Musk and Babylon Bee team members running over an hour. When Musk learned of Twitter’s suspension of the Bee’s account, he personally reached out to them to confirm what had happened. Following this, he created a poll on Twitter asking his 90 million followers if the social media platform upheld the principle of free speech. The result showed that over 70 percent of voters did not believe Twitter adhered to the principle of free speech. In April, Musk proposed to buy Twitter in a $44 billion deal in a move that many conservative pundits see as a bid to restore free speech to the platform.

If the takeover of Twitter goes through, it could provide a safe haven for conservative-leaning organizations, like the Babylon Bee, for their counter-cultural content. It’s the hot-button social issues that the Bee satirizes, including transgender ideology, rabid feminism, and abortion ideology, that make the Bee the perfect candidate for cancel culture.

In the wake of the U.S. Supreme Court leak on the Roe v. Wade decision, the Babylon Bee’s satire on abortion is especially relevant. The Bee has published many satirical pieces on abortion including one titled, Here's A Complete List Of The Differences Between Abortion And Murder, which is followed by a blank page. 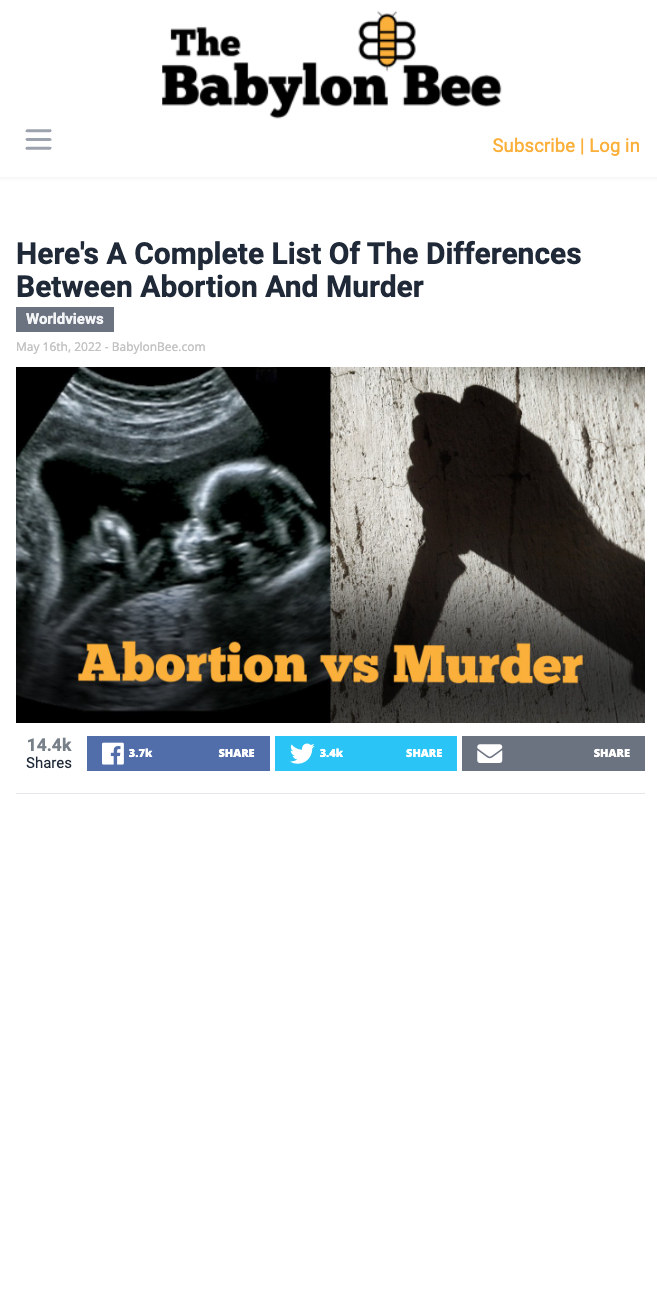 Another headline reads: Matt Damon To Star In Pro-Life Thriller 'The Unbourne Identity’. The piece uses the “Bourne” action movies to poke a hole in the abortion narrative where the hero Jason Bourne is still in his mother’s womb and “fights for [his] life against murderous abortion doctors trying to get to him with their tools of torture and death.” 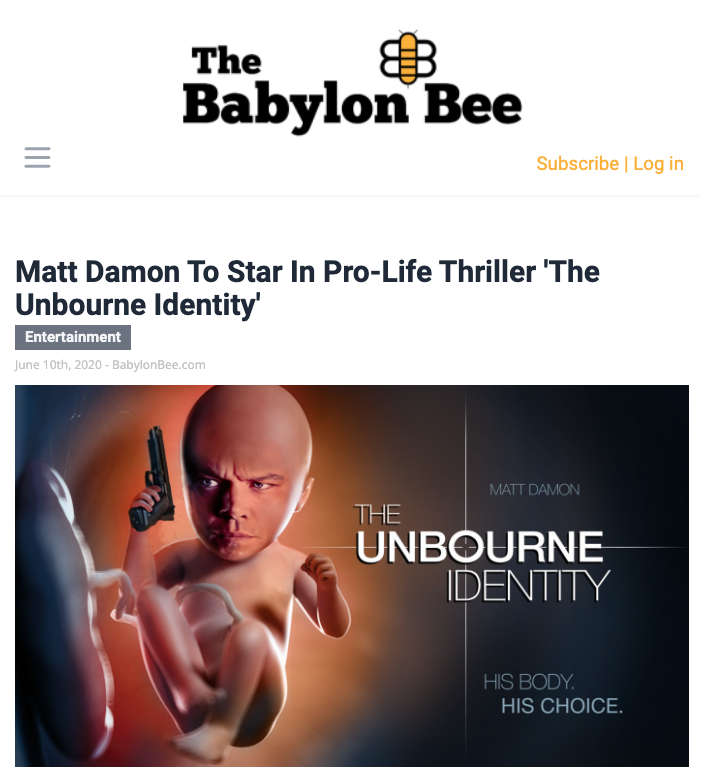 Poking a hole in the pro-abortion talking point that men have nothing to say on abortion because they don’t have a uterus, the Bee came up with the following headline: Men Allowed To Have Opinions On Abortion Now That Men Can Get Pregnant. “Progressives have announced that men can, in fact, get pregnant, opening the door for men to have opinions on abortion as well. Across the country, men for the first time ever are now experiencing what it’s like to be able to form their own thoughts on abortion,” states the piece. 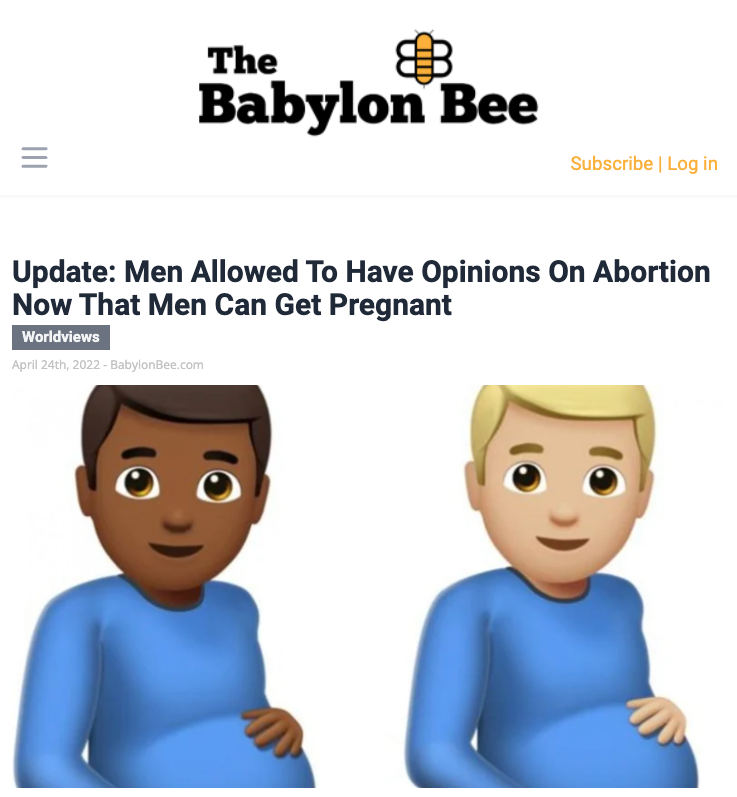 Through pieces like the above, the Bee is not merely poking holes in leftist narratives, but is utterly destroying them. Dillon explained that the Babylon Bee exists because “freedom is at stake, sanity is at stake, and satire has a role to play in that.”

“Satire is effective,” he said. “Humour is a vehicle for truth delivery.”

Matthew Wojciechowski, Vice President of Campaign Life Coalition, the organization that puts on the National March for Life and the Rose Dinner at which Dillon spoke, commented that the Bee’s jokes are good medicine for today’s insanity.

“It's getting so insane nowadays that we have to learn how to laugh, otherwise we would all fall into a deep depression. Seth and the work he is doing with the Babylon Bee reminds us that the truth is the truth and no trend or public opinion can change that,” he said.

“It’s crucial for pro-lifers to defend the truth and not apologize for doing so. In the same way, Seth and his team have responded to the hatred they’ve faced from the angry mob, we must stand our ground,” he added.

Dillon ended his talk with a quote by Harold Clurman: “Make them laugh. And while their mouths are open, pour truth in.”