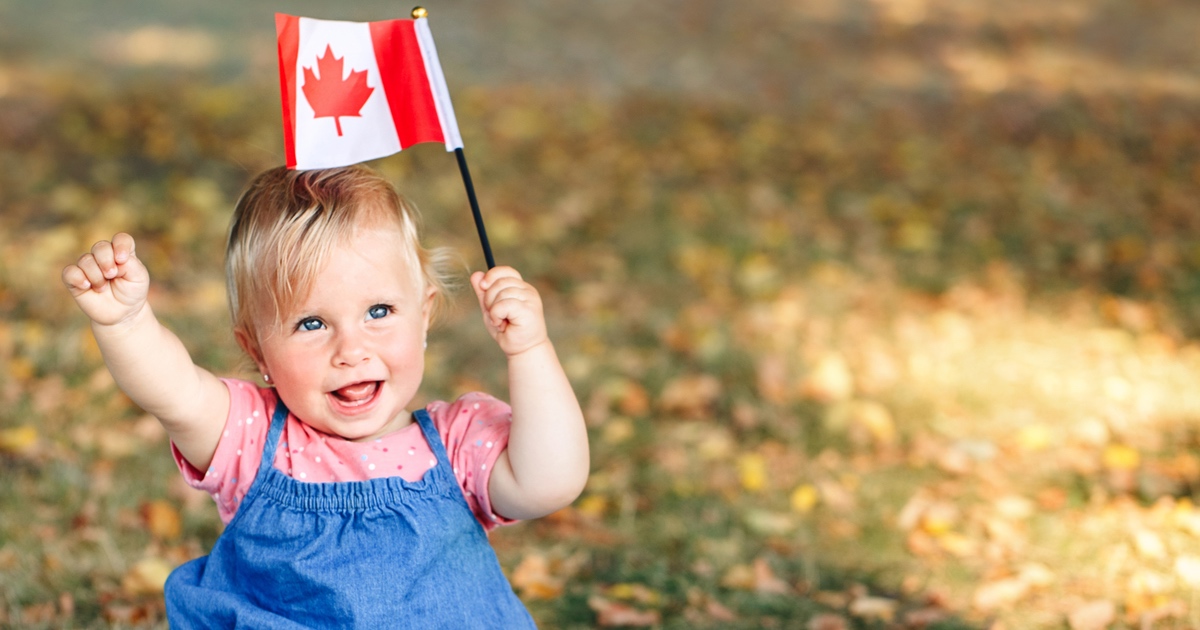 June 30, 2022 (Campaign Life Coalition) – Canadians on July 1 celebrate Canada Day, our country’s 155th birthday. Pro-life Canadians like me find it hard to truly celebrate our “home and native land” when abortion continues unabatedly to claim the lives of some 100,000 babies in the womb annually.

How can we celebrate a country that kills its youngest members of the human family and champions this barbaric practice as a “woman’s right” and “reproductive freedom”? Put simply, abortion is the direct and intentional killing of a preborn human being living within his or her mother. The killing is brutal and always grisly, with different kinds of abortion being utilized based on the child’s gestational age involving either chemicals, pulverization, or dismemberment.

There is nothing in the horrendous procedure of abortion, which results in a dead child, that is even remotely connected to advancing justice, freedom, or rights. In fact, the exact opposite is true: abortion strips the smallest and most vulnerable of human beings of these fundamental rights.

Is the idea of Canada being a land that is “glorious and free” altogether lost because of abortion? Has abortion irrevocably ruined Canada? Can pro-life advocates like me find a reason to celebrate our country, especially when one reflects on the some-four-million missing children that abortion has simply erased, beginning in 1969?

Despite this, there are many things, however, that I love about our country and are reasons to celebrate. I love that our Charter of Rights and Freedoms boldly proclaims that “Canada is founded upon principles that recognize the supremacy of God and the rule of law.”

This always gets a big “Amen” from me! The backstory about how God was honoured in the Charter through the hard work of now-deceased Liberal MP Garnet Bloomfield is fascinating. A country that states that it recognizes God’s supremacy will one day have to reckon with the fact that it’s seriously breaking God’s commandment against murder when it permits the killing of the preborn along with the sick and elderly.

I have hope that a country founded upon the supremacy of God will one day turn back to God when its citizens and its leaders realize how far they’ve fallen from Him and how much this fall has undermined and even destroyed their freedom, security, and peace. As Mother Teresa once said: “The greatest destroyer of peace is abortion.”

Something else I love about our country is that our Charter guarantees that “everyone” has the “right to life, liberty, and security of the person and the right not to be deprived thereof.” Pro-life activists from four decades ago, such as Gwen Landolt,  rightly opposed the adoption of the Charter, pointing out that it offered no explicit protections for children in the womb. They predicted that once the Charter was adopted, courts would strike down the existing 1969 abortion law and permit abortion on demand, which is exactly what happened in the 1988 Supreme Court Morgentaler decision.

Still, despite this, I don’t know about you, but when I read the word “everyone,” I take that literally to mean that every human in our country has this “right to life.” In my books, “everyone” means that nobody is excluded.

I have hope that a country that recognizes that “everyone” has the “right to life” will one day have to seriously reckon with the fact that it has tragically allowed itself to deny this right to the most vulnerable among us, the preborn child. “Everyone” includes babies in the womb. A person is a person, no matter how small!

I’m certainly proud to live in a country that recognizes, in principle, the supremacy of God and everyone’s right to life. It’s because of these two principles that I believe a day of justice will one day arrive for the preborn where they will be honoured, respected, and protected in the womb as the human beings they truly are. Truth always wins in the end.

And yes, we pro-lifers have our work cut out for us to make these noble principles a reality in our country, where the Charter truly applies to everyone, including babies in their mothers’ wombs.

And for those who think that moving toward such a goal is impossible, you only have to look at what is happening to our neighbours south of us with the overturning of the landmark 1973 abortion decision Roe v. Wade. Life is winning in the United States. And, when life is winning in the United States, it is only a matter of time before life will be winning here in Canada too, and around the world. And, furthermore, with God, all things are possible, including the springtime of a new culture of life here in Canada.

This is the kind of country we at Campaign Life Coalition are fighting for. We’re your “no compromise, no exceptions, no excuses” pro-life organization that’s in this fight for the long haul.

May God change hearts and minds on abortion in our country so that one day the words we sing in our National Anthem will be a reality, namely, that our country is truly “glorious and free.” With this great hope in mind, I wish you a happy Canada Day!