By: Beth Connell and Josie Luetke

On July 14 at 1:30pm, Campaign Life Coalition’s 2022 summer interns, volunteering for Hamilton Against Abortion, had positioned themselves at the corner of King St. and James St. in Hamilton, Ontario to peacefully protest abortion. They displayed abortion victim photography, handed out pamphlets, and initiated civil conversations with passersby.

Shortly after the hour of activism began, a man approached two of the interns and then pulled up a video on his phone. Unsuspecting, the two young female volunteers focused for a moment on his cell phone screen, which was displaying pornography.

After realizing the nature of the video, the two young women immediately turned away and protested his presenting them such a disturbing and violating video. He argued that he should be able to show them this content when they were showing passersby the graphic horror of abortion.

Kim Headley, one of the two volunteers, says, “Often at ‘Choice’ Chain, people show us pictures of their kids on their phones to express that they are happy they chose life. When this man walked towards us with his phone out, I didn’t know what to expect. I briefly looked at his screen to see what he wanted to show us and immediately looked away.”

“I asked him,” she continued, “‘Do you believe in human rights?’ and he kept saying “Look, these are two consenting adults.” I did not consent to seeing pornography and he did not warn us about what he was showing. I asked him why he was showing it to us, as it was deeply disturbing and he said he wanted to disturb us, because he was disturbed by me peacefully standing on a public sidewalk with my team engaging in calm and civil dialogue about abortion with people walking past.”

The man then went into the mall through the entrance behind the activists.

He emerged later on, and approached a third intern, standing on the sidewalk a little further away. This intern too fell victim to the gross display before CLC Youth Coordinator Josie Luetke noticed the man had his phone right in front of the face of the intern. Having now been informed by the other two interns as to what this man was doing, she immediately marched up to him to intervene.

As usual, for safety reasons, Luetke was filming the demonstration, and so their exchange was captured on camera.

She yelled “Hey, hey, hey!” and inserted herself between him and the intern. His attention then turned to her, and he shoved his phone mere inches from her face. Despite Josie’s repeated insistence that she did not want to look at the pornography on his phone, he persisted and moved his phone to various angles during their conversation, in an attempt to have her look, and recurrently cajoled her to watch. 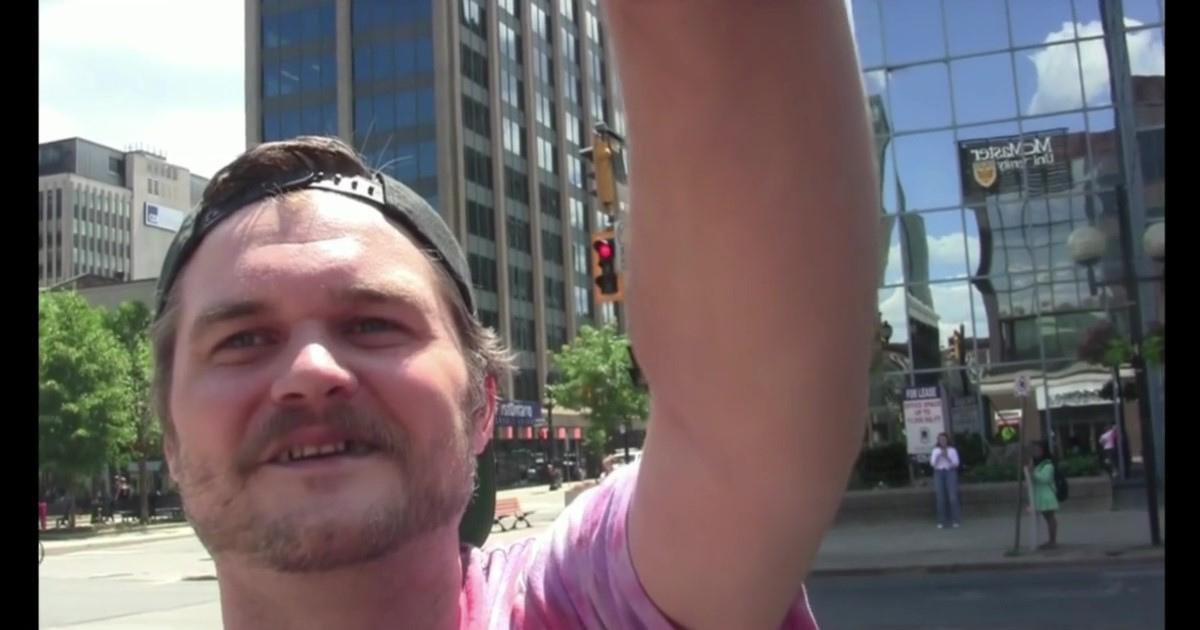 While passersby are free to look away from the signs of the abortion victims, this man wanted to remove that option from Luetke. If a pro-life activist thrust a pamphlets inches away from someone’s eyeballs and kept waving it around that person’s face after being repeatedly asked not to, their actions would rightly be considered harassment.

Once it became clear that he was not going to stop, Josie attempted to identify the man. She informed him she may file a police report, and repeatedly asked for his name and where he was from - details he refused to provide.

He only left when a woman (presumably his girlfriend) came to collect him.

Luetke remarks, “Had he believed our group to be grateful for, or even indifferent to his video, he would not have bothered to show it. He chose to show the video because he likely (and correctly) suspected that we pro-lifers were Christians seeking to be chaste. Revealingly, he understood the connection between our position on abortion and our respect for human sexuality. Just as the abortion industry is built upon the rejection of the human dignity of the preborn child, the procreative nature of sex, and a woman’s natural capacity for motherhood, so too is the porn industry built upon the diminishment of human worth and degradation of sex.”

After his departure, Luetke was threatened and physically assaulted by a different man. See story here.

Nonetheless, she was far more upset by this incident than the threat on her life. She remarks, “His intent to bully us out of the public square by mocking our virtue, threatening its corruption, and making people noticeably much younger than him (three female and one a teenage male) deeply uncomfortable by forcibly exposing them to sexual content is incredibly malicious and evil. His soul is in grave danger, and we must pray for his repentance.”

While the group is attempting to file a report with the police, it is unclear whether they will be able to file charges against this man, even though he was displaying obscene material and his actions could possibly constitute sexual harassment.

Luetke is disappointed that it appears this incident is being treated less seriously than the assault.