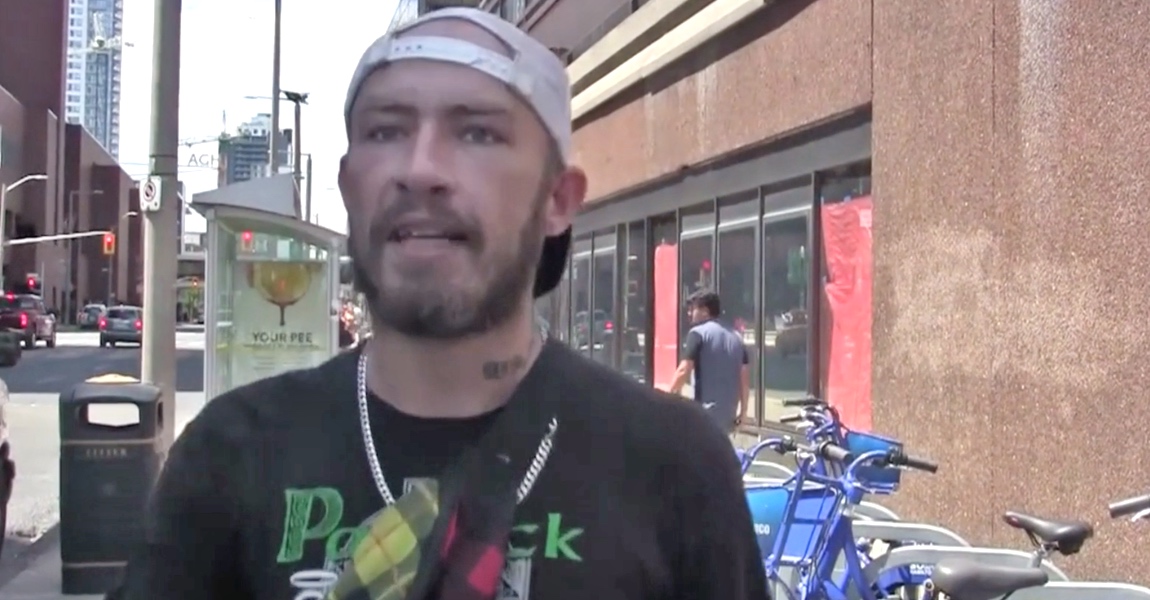 July 15, 2022 (Campaign Life Coalition) – A pro-life woman who was leading a group of young people in witnessing in public to the truth about abortion was violently assaulted by a man. The man first threatened to shoot her prior to assaulting her, hitting her and knocking her camera out of her hand.

Josie Luetke, 26, was in Jackson Square in Hamilton, Ontario on Thursday afternoon with a handful of young people to witness to the gruesome reality that abortion kills children. They held large signs showing the violent deaths these children suffer. Luetke, who is the youth co-coordinator at Campaign Life Coalition (CLC), was working with the youth, all of them summer interns at CLC, teaching them how to engage in pro-life activism on behalf of pre-born children.

About 2:30 in the afternoon, a bearded, tattooed man wearing black shorts with green stripes and a black tee-shirt, approached Luetke, aggressively demanding that she look at something on his phone. Luetke turned him down because earlier that day, the group had been harassed by a different man who forcefully shoved pornography from his phone in their faces.

“I want to show you something,” the tattooed man said to Luetke, mentioning something about his “son” before shouting at her “f*ck you, f*ck you.”

The exchange was captured by Luetke on a handheld video camera, which was already recording for safety purposes.

“No, thank you,” Luetke replied to the man.

The man then walked away, with Luetke continuing to record, but not filming the man, while asking a young female demonstrator with the group if she was “ok.”

At this point, video footage records the man shouting, threatening to shoot Luetke.

“Chick with the camera, put it in my face again, I’ll put a bullet in your head,” he can be heard saying, but without the camera being pointed in his direction.

At this point, Luetke swivels the camera in his direction, telling him, “Sir, you cannot say that.”

The man, who was walking away that this point, suddenly turned around and started aggressively approaching Luetke.

“No, you cannot say that, Sir,” replied Luetke.

The man continued to storm toward Luetke, angrily shouting “put it my f*cking face again.”

He then came directly in front of Luetke, physically assaulting her with his right hand, hitting her hand and sending her camera flying through the air.

“He didn't just hit the camera, he hit my hand, but with enough force so that the camera went flying. That's assault,” said Luetke after the event. 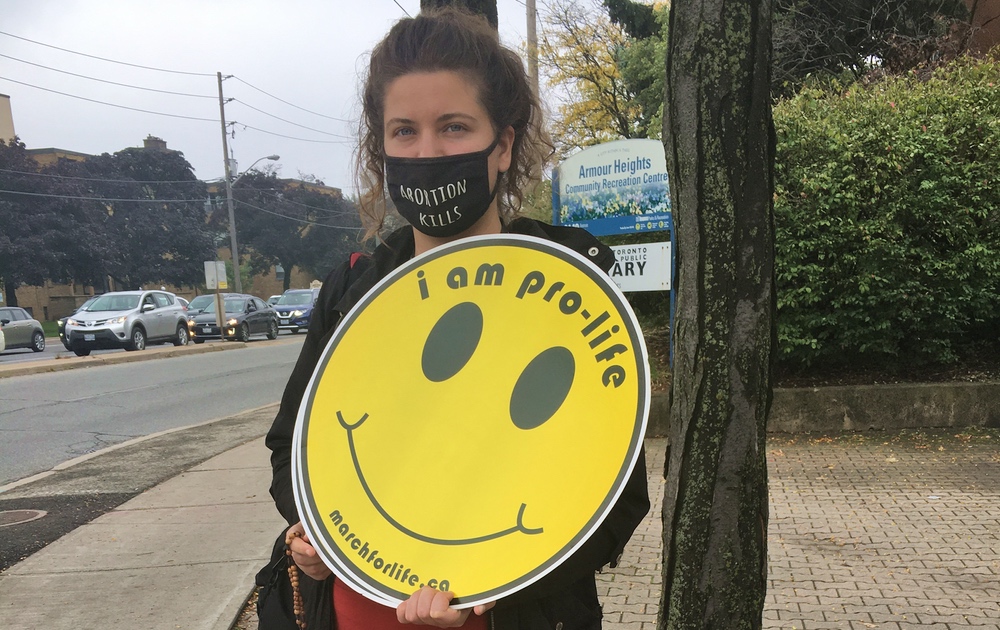 Josie Luetke, 26, has engaged in pro-life activism for years.

Luetke sustained tissue damage on her right hand below her thumb, leaving the area bruised and sore.

The camera landed on the pavement and remarkably continued to record while landing in such a way so as to capture the man leaving the crime scene. Luckily, the camera was undamaged.

Luetke has reported the incident to police and is hoping to press charges if the man can be identified.

She said she was alarmed when the man threatened to shoot her.

“Well, you can see in the video that he's very aggressive. He starts moving his backpack around as if he's going to fight me. He had threatened to put a bullet in my head. It entered my mind that he could have a gun,” she said after the event.

Luetke said that she’s grateful that she received the brunt of the assault and that it did not happen to one of the CLC interns she was supervising.

“I'm thankful that it didn't happen to any of the interns and that it did not escalate to something even worse. It could have been a lot worse.”

Abortion activists like to falsely claim that it’s pro-lifers who are the violent ones. In the wake of the overturn of Roe, however, pro-abortion violence has skyrocketed, with pregnancy care centres being vandalized, churches being spray-painted with pro-abortion slogans, and now pro-life activists being assaulted in public.

“Abortion is an extremely violent act. When people condone this kind of violence against an identifiable group, is it any wonder that they turn to violence against others whom they deem as inconvenient or as opposing them in some way?”

“Mother Teresa once said that if we, as a society, 'accept that a mother can kill even her own child, how can we tell other people not to kill one another?’”