I’m pro-life and took the COVID vaccine. I now regret it 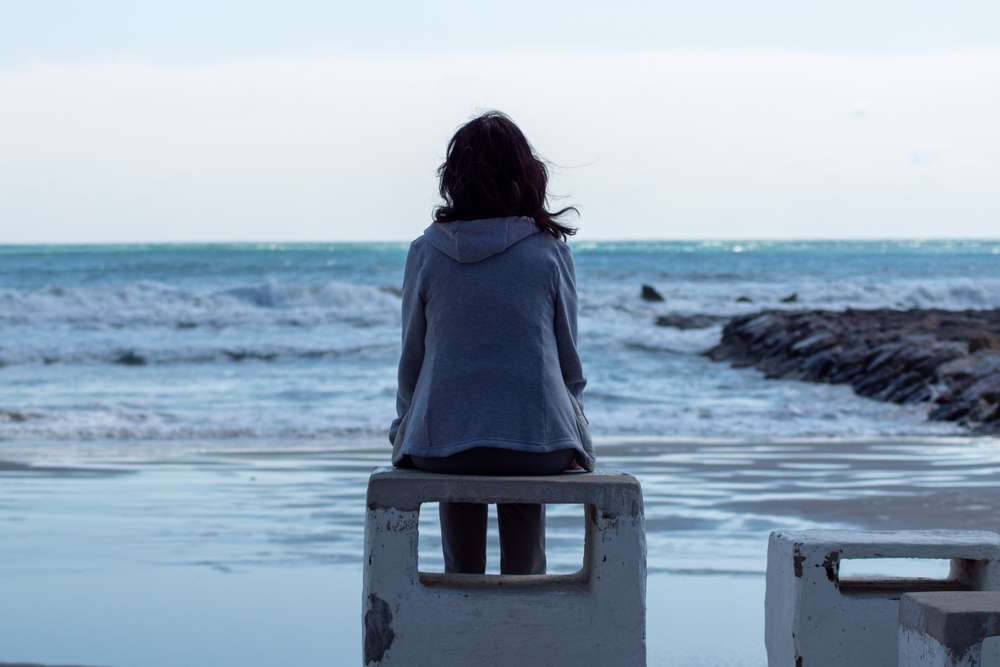 Editor’s note: CLC is pleased to bring you this exclusive piece by our pro-life friend Patricia Maloney who blogs at Run with Life. Patricia has penned a difficult but important piece about her journey as a pro-life activist through vaccine mandates. Everyone’s journey on this issue is different and CLC knows and respects this. This is Patricia’s story. It just may be a story that some of us can relate to. And, because of this, we believe it’s worthwhile bringing Patricia’s story to a larger audience.

August 24, 2022 (Campaign Life Coalition) – From the beginning, I struggled with the decision about whether or not to take the COVID vaccine. People whom I love, and who love me, really wanted me to get it. I did the research. The vaccines were tainted by abortion. Fetal cell lines were used in their production or in their testing. And, disturbingly, the cell lines were created from kidney or retinal tissue harvested from babies who were deliberately aborted so their organs could be used in medical experiments.

As a Catholic pro-life person, this was a huge ethical dilemma for me. I am pro-life through and through. What should I do?

I prayed about it. I spoke to my spiritual director about it. I wrote a letter to Pfizer and another letter to Moderna protesting the use of fetal cell lines.

I wrote: “I would like to express my strong moral objection to Moderna’s use of the HEK cell line in its testing for the COVID vaccine. As a person who values all human life from conception to natural death, the use of aborted fetuses in vaccines is very very troubling to me. Could Moderna instead please use cell lines from other types of cell lines? I know that other manufacturers have been able to do this. Unfortunately I am now in the position (when the vaccine is available to me as it isn't yet) where Moderna's and Pfizer are the only two COVID vaccines available in Canada. I will now be faced with the very difficult decision to either take a vaccine which is morally reprehensible to me, or to be faced with refusing the vaccine and putting my own life, and the lives of those around me at risk. I ask you to please reconsider your company's position on using these cell lines in the future.”

I never received a response, nor did I expect to receive one.

And then I had to make a decision about the vaccine. I know a lot of people who refused it. For some, this meant being ostracized from their families. They couldn't eat at restaurants or sit at a coffee shop. People lost their jobs for not being vaccinated. And these brave souls still have trouble traveling by plane or train in Canada.

I must admit that I felt abandoned by Church leaders when it came time for me to make the decision. On the one hand, there was Pope Francis encouraging people to take the vaccine while seemingly ignoring its connection to abortion. On the other hand, I had my own conscience that was raising valid objections to taking the vaccine, objections, however, that were largely being overruled by Catholic leadership’s support for the vaccine. I must say that if more clergy had spoken out against it, I probably would never have taken it.

In the end, I got the vaccine. I didn't get it for myself, I got it “for everybody else.”

My regret especially came to a head when I recently read a report about a Catholic nurse in Ontario who was fired from her job after refusing to receive a COVID vaccination on account of its connection to abortion. The nurse made it clear that for her to receive an abortion-tainted vaccine would be for her to “condone, cooperate with, or participate in abortion.” She wanted nothing to do with it. Well, it turns out that a provincial arbitrator recently ruled in her favour. The arbitrator ruled that the public health board in which the nurse worked discriminated against her.

I admired this nurse’s stance. She stood up for what she believed in, and, in the end, justice prevailed.

But, I caved. And, I do regret it. The vaccines are not what we were told they were. They did not prevent the transmission of the virus nor did they prevent anyone from getting infected by it. Despite our Prime Minister having been jabbed multiple times, he’s now been infected by COVID twice.

But, more so than anything, I regret taking the vaccine because of what I felt to be a betrayal of pre-born children whom I serve in my pro-life work. Quite honestly, I don’t want anything in my body if it’s tainted, in some way, by abortion. Abortion activists are always saying, “My body, my choice.” When it comes to deciding what products go into our bodies, we truly should have a choice, vaccines included. And that choice should never have anything to do with using body parts from murdered children so we can enjoy health.

And, there’s another thing that bothered me about the vaccine. I was being told by the people in power that they know what's best for me. They used fear to control us. We gave into those fears and did things we otherwise would not have done. After two and a half years I honestly believe that the vaccine mandates were more about control than anything else. We were told, “Do as I say, or you’ll lose your livelihood, your business, your seat in the restaurant, your ability to travel, etc.” Our elderly were treated like prisoners in their own homes, dying in isolation, not allowed to see their families. They were literally being tortured by this neglect. We were locked down in our homes and forbidden to worship God in our churches.

Many of us are now realizing the true story of the pandemic was not one of controlling a virus, but of using the virus to control people.

It was easy to see that good and evil were at war with one another. Churches were shuttered while abortion mills were kept running at full capacity. Women could not receive the sacraments, but they could still kill their own offspring. You know there’s a problem when worshipping God is deemed “non-essential” while abortion is deemed an “essential service.”

Imagine if we had had a Saint Charles Borromeo? This courageous cardinal ministered to his people during the plague of 1576 to 1578 in Milan Italy that killed tens of thousands. He didn't hide from his people nor abandon them. We read: “St. Charles issued prudent guidelines. The faithful were told not to gather in crowds and avoid contact with each other. Masses were not cancelled, but only held outdoors if the church was too cramped. He ordered more Masses than before. Catechism classes were moved to street corners. He had separate places in church for the disease stricken and separate holy water fonts for them. His counsel to the clergy and magistrates was to ‘take the plague of the soul in consideration more than the contagion of the body which, for many reasons, is less pernicious.’”

I decided that I would continue going to church anyway. I would stand outside the church in front of a statue of Our Lady and pray the Rosary. My sister Maureen joined me. Then a couple of others joined us. We began going to church every day to pray. We needed a time to pray together in communion with one another. We did this throughout the spring of 2020 and for the next year. Ottawa is very cold in the winter. But we went every weekday. Nobody stopped us from doing this. But, they could have, since at the time there was a rule in place about not more than five people being allowed to gather outside. To be honest, I remember hoping that someone would tell us to stop praying just so I could tell them that I wasn't going to stop. But, nobody ever did.

I’m saddened by how the COVID measures and policies have damaged our country. I see people today in their cars, alone, but still wearing a mask. I still see people walking alone outside and wearing a mask, still fearful. A couple of weeks ago I was waiting in line at Tim Horton's. The man in front of me told me to back up and give him space. I replied, “well we are done with that, right?” “Oh, no,” he said: “We still have to maintain two metres.” I stared at him in disbelief. He also had a mask on. His fear was palpable.

I feel sorry for these people who our governments have scared so thoroughly and permanently. They are incapable of returning to any notion of normalcy. They are still frightened out of their minds. Many people were isolated. It started with our elderly, but countless others also felt this way, and maybe still feel this way. They've been marked, some perhaps, forever.

Throughout the previous two and a half years, and counting, we are still being told what to do: “Get the next dose of the vaccine; trust the science; don’t associate with the fringe minority, truckers, and freedom lovers; we know what's good for you; don't ask questions.”

As more and more of us wonder if we’ve been lied to and manipulated for the past two and a half years, it’s time to stand up and start living our lives according to our convictions founded upon reality, upon the truth. We need to stand up for what is right and not allow ourselves to be bullied into doing something that deep down inside, at least I knew, I disagreed with. Yes, I regret taking the vaccine. But, I’m not going to wallow in that regret. I’m going to learn from my mistakes and go out and live courageously.