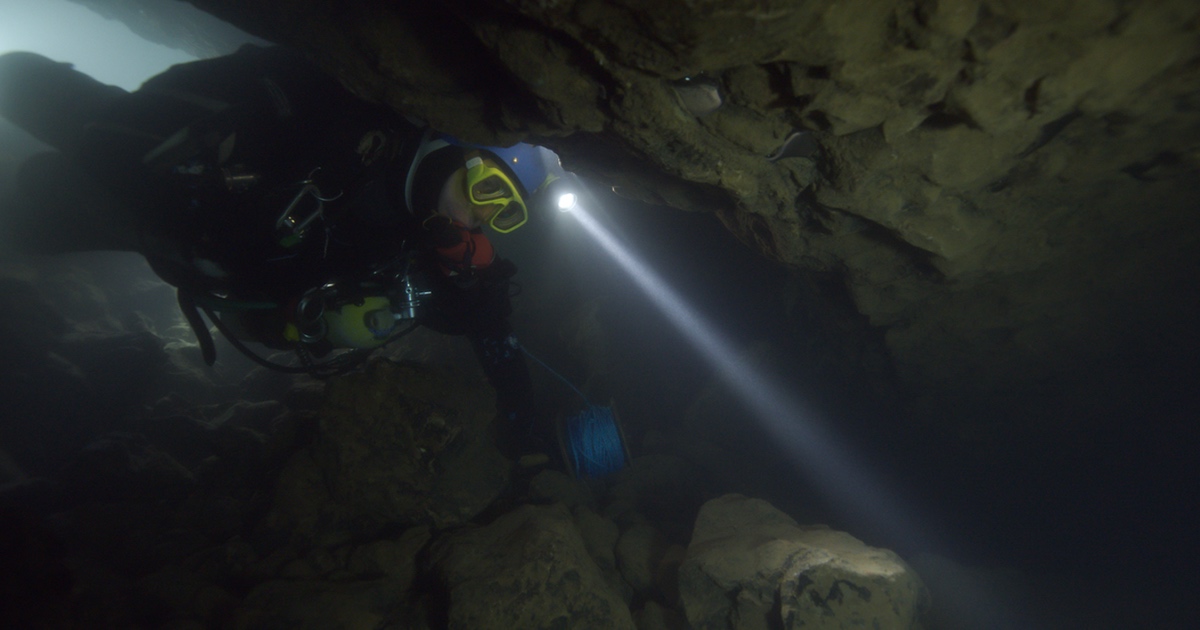 November 1, 2022 (Campaign Life Coalition) – I can honestly say my life changed for the better after watching The Rescue.

The 2021 National Geographic documentary chronicles the crazy and practically unbelievable true story of the rescue of twelve young boys impossibly trapped in a flooded cave in Thailand.

You may remember hearing news in 2018 of twelve soccer players, aged 11-16, and their coach being trapped in the Tham Luang Nang Non cave for 18 days. The boys had entered the dry cave after soccer practice, traveling deep inside the ten-kilometre cave complex.

While they were inside, the monsoon rains suddenly and unexpectedly began to pour. Deep inside the cave, the boys were oblivious to the peril of the rains and the fast-rising water that quickly began to flood the cave.

The water rose so swiftly and suddenly that it was impossible for the boys to retrace their steps to get out. They could only flee the rising tide by traveling deeper into the passages of the dark cavern in an attempt to find higher ground.

Meanwhile, outside the cave, worried parents wondered where their children were and why they had not come home. Worry shifted quickly to alarm and then to utter horror when the parents discovered that the boys were in the cave when the rains started up and were stranded inside, with water already pouring out of the cave’s entrance.

Two days after the boys’ disappearance, Thai Navy SEALs divers arrived on the scene and began searching for the boys in the cave that had now become a fast-flowing underground muddy river. There was little hope that the boys were alive. Divers feared they would be pulling out little dead bodies.

The conditions were simply impossible. The water was continuously rising with an ever-strengthening current. The water was so muddy that not even the divers’ high-powered underwater lights could penetrate it. The Thai Navy SEALs were unable to locate the boys.

The boys’ plight soon attracted international attention. Arriving on the scene to aid in the search for the boys was a U.S. rescue squadron, an Australian specialist response group, and a Chinese team of divers. None could make headway in locating the boys.

The situation was becoming desperate when a team of British cave divers, all private citizens, arrived on the scene. They were among the top divers in the world, each having a skill set that allowed them to penetrate further into the cave than anyone else. The UK divers discovered the boys nine days after they had first gone missing. The boys had managed to climb onto a narrow rock shelf above the rising water, a staggering four kilometres from the mouth of the cave.

Miraculously, all the boys and the coach were alive, despite having no food, and the water still rising, and a dwindling air supply. 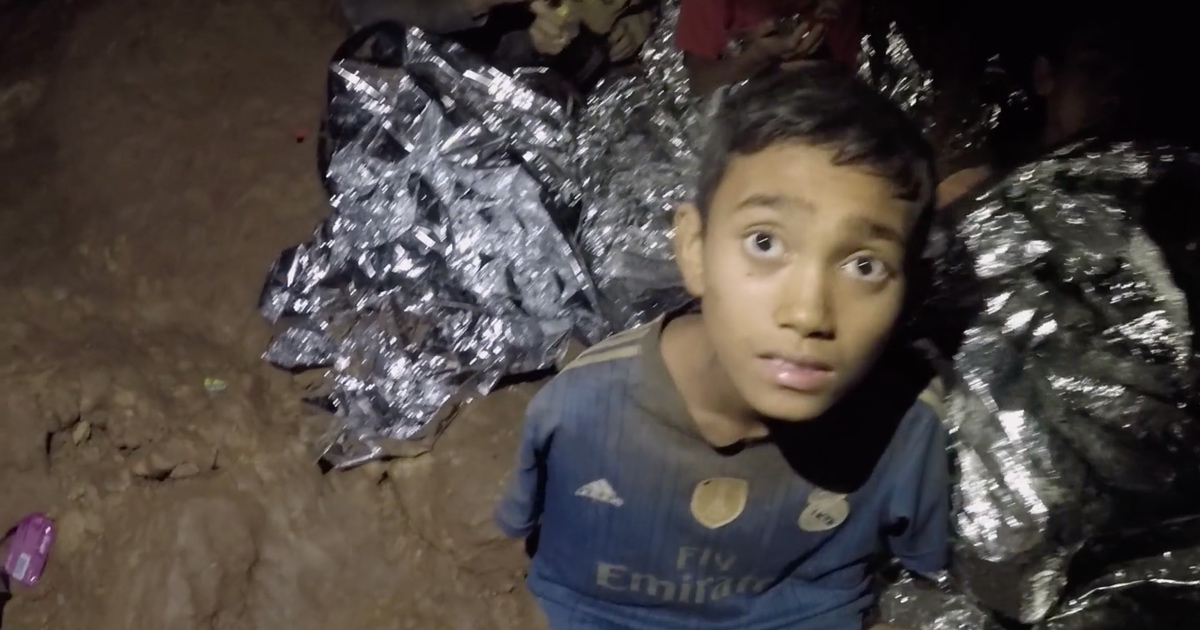 One of the boys waiting to be rescued from the cave. Photo credit: "The Rescue" screengrab

The outside world was overjoyed that the boys had all been found alive. But that joy was short-lived when the rescuers realized that there was no way to get the boys out. The boys were too deep in the cave to dig them out from the top. The now underground river was too long and fiercely flowing to swim them out.

It was at this moment that one of the UK divers had a most insane as well as brilliant idea for how to save the boys.

I won’t give away the simply astounding plan that was concocted to save the boys. All I will say is that the plan worked even better than expected. In the end, all the boys and the coach were saved.

An estimated 10,000 people from around the world rallied in the herculean effort to save the boys. Every one of them was needed and necessary for the boys’ rescue. There were about 100 divers from around the world, helpers from about 100 international government agencies, almost 1,000 police personnel, twice as many soldiers, and numerous ordinary citizens who bravely volunteered.  Millions of dollars were spent.

In the end, the boys were saved because the world came together in one giant humanitarian effort, united in a common cause.

Watching this film stunned me. I was overwhelmed in witnessing to what extent people who were complete strangers to these boys, would go to help rescue them. So many heroically put their own lives on the line. Indeed, one Thai diver gave his life in his effort to rescue the boys. The film, quite honestly, restored my faith in humanity and in the goodness that still exists among us.

I could not but help think of this film in relation to the work I do as a pro-life advocate. Noticing the numerous parallels gave me goosebumps. These boys in the cave with the threat they faced became to me analogous to the preborn child in the “cave” of his mother’s womb and the threat this child faces from abortion. 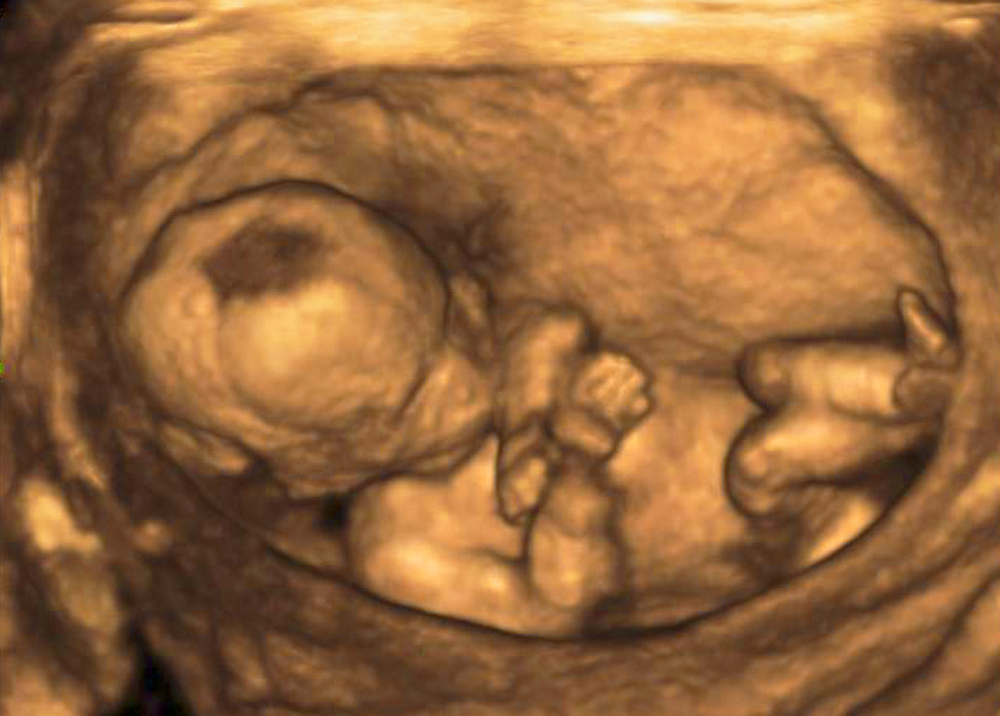 The preborn baby in the "cave" of his mother's womb. Photo credit: Shutterstock.com

These boys needed a hero who would guide them through the underwater canals of the flooded cave so they could be brought back to the outside world to be united with their loving parents. The preborn baby targeted for death needs a hero who will safely guide him through the birth canal of his mother and bring him safely to the outside world where he can be united with someone who will love him.

The world united to save twelve boys from certain death. The world needs to unite to save the preborn child targeted for abortion.

Heroes risked everything, including their lives, to save these boys. Heroes are needed to risk everything to save the lives of preborn children targeted by abortion.

The more I reflected on this film, the more it dawned on me how closely related the two situations were between the boys trapped in the cave and preborn babies. It also dawned on me that the reason why there was such an effort to rescue the boys is because everyone implicitly recognized the humanity of these boys, that they each belonged to someone, that they each were created to love and to be loved, that they each had an identity, dignity, and destiny.

I then shuddered when it simultaneously dawned on me that the reason why so many countless babies are aborted is because their humanity is denied. The reason there is no massive international effort to save them is because so many do not recognize their humanity.

But the truth is that every preborn baby is a unique, unrepeatable human being, each with his or her own identity, dignity, and destiny. Each human person, no matter where they are located, no matter what their size, and no matter their age are members of the human family and are therefore deserving of every effort on our part to honour, protect, and even save them if they are in danger.

The Rescue drove home that message for me. It simply inspired me, helping me to recommit to my pro-life work. If the world has enough goodness that it can rally to save twelve boys who needed help to get out safely from the belly of the earth, then surely, one day, it will rally to save the millions of children who need help to get out safely from the bellies of their mothers.

Every dangerous rescue, where all the odds are stacked against success, needs a hero. It’s time for heroes to arise to rescue the preborn.