Stopping the Spread of Bubble Zones into Nova Scotia

One of the most brutal weapons-of-war in the arsenal of the Left is something called “deplatforming” – taking away our platform to speak. They don’t want to give the voices of Life, Family, and Faith one split-second to disseminate our common sense.

These “oh-so-tolerant” progressive-types claim we don’t have a right to speak. They deride us as “haters” and “bigots”, “homophobes” and “misogynists”. Our life-affirming, soul-preserving efforts are falsely declared a “threat” to citizens’ “safety”.

We see this a lot on our university campuses. Pro-life clubs are denied status. “Show the Truth” events are censored or banned. Free speech debates and discussions are cancelled. (Check out some examples from the Campus Freedom Index’s “Flunk List”).

We also see it on our streets. Peaceful pro-life protesters are jailed for trying to prevent the slaughter of the innocent (e.g. Mary Wagner, Linda Gibbons). Christian preachers and activists are arrested for daring to reach lost LGBT souls (e.g. Bill Whatcott, David Lynn). 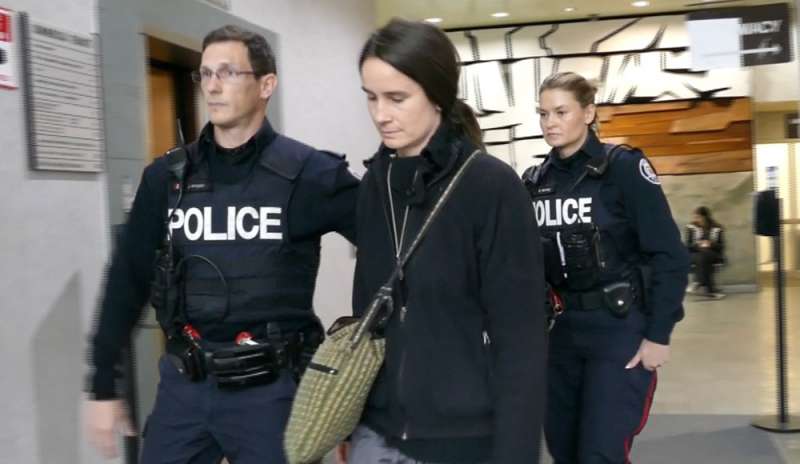 Above: Mary Wagner has been repeatedly arrested for her attempts to reach out to abortion-minded women.

It’s a strange thing. Why not let pro-lifers have a say? Why not let the pro-family, pro-faith side present its arguments – explain its perspective? Why not let us exercise our freedom of speech?

I wonder if they know we have the Truth on our side. And I wonder if they’re afraid of what might happen if people hear the truth... As Jesus says, “And you shall know the truth, and the truth shall make you free.” (John 8:32).

Yet another trick the Left uses to deplatform conservative-minded people is the imposition of “bubble zone” laws in province after province. These draconian laws create unconstitutional “anti-free speech” zones where pro-lifers can be arrested for merely saying the wrong thing, praying in silence, or looking in the wrong direction.

Take Alberta’s abortion “bubble zone” law, brought in under the previous NDP government. Thanks to former Premier Notley, you can face a $5,000 fine and 6 months in jail if you simply “repeatedly observe another person” or even politely “request that a patient refrain from accessing abortion services”.

In Ontario, the former Liberal government passed a “bubble zone” law making it a crime for everyone but abortion workers to “inform or attempt to inform a person concerning issues related to abortion services, by any means, including oral, written or graphic means.” This Wynne-era diktat resulted in two arrests thus far – Cyril Winter (now deceased) and Father Tony Van Hee (who was just presented an award for “Catholic Excellence in Public Life”). These two courageous individuals were charged by police while advocating for free speech within the forbidden “bubble zone” in Ottawa. They weren’t even protesting abortion at the time! 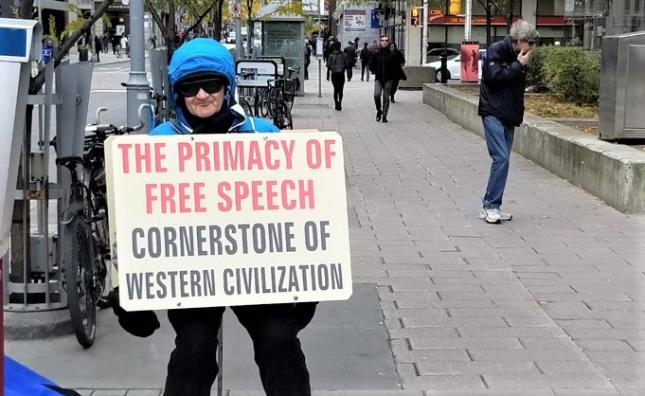 Repressive laws like these have also been imposed in BC, Quebec, and Newfoundland.

Now we see the pro-abortion lobby pushing for a new “bubble zone” law in Nova Scotia, hoping to leverage their influence within the Liberal government of Stephen McNeil.

Such a law would not only muzzle the pro-life witness in Nova Scotia, denying pro-life citizens their equal rights, but it would hurt women in crisis. Many abortion-minded women are not aware of all their options. Or they’re actually being coerced to abort their children, for example, by an abusive boyfriend.

Pro-lifers who witness on the taxpayer-owned, public sidewalks outside of abortion facilities provide life-affirming alternatives and caring support to these women. Many of these hurting women are relieved to find help when they were only steps away from making the worst decision of their lives.

It is imperative that we act NOW to pre-empt this “bubble zone” proposal – even before it comes to the Legislature. We need you to speak up before it is too late!

Whether or not you live in Nova Scotia, please sign our petition to the Ministers of Justice and Health, calling on them to reject any proposed “bubble zone” Bill that comes their way. You can sign and share our petition here: https://www.campaignlifecoalition.com/petition/id/30

With your help, and by God’s grace, we can stop the cancerous spread of totalitarian “bubble zone” legislation across our country. We can stand against the elimination of more freedoms and more lives. Please sign our petition today!