News > Trustees shout down the Catechism of the Catholic Church

Trustees shout down the Catechism of the Catholic Church

At a November 11th meeting of the Toronto Catholic District School Board (TCDSB), our heroic Trustee, Michael Del Grande, was found guilty of a trumped-up Code of Conduct violation, and was severely sanctioned by a majority of his trustee colleagues.

Del Grande was punished for having defended Christian moral teaching and Church doctrine against a proposal to have the Catholic school system embrace Transgender Ideology within its official Code of Conduct.

I'll share more on that unjust action of the Board in a moment. But first, I've got to fill you in on the real shocker of the evening.

If you're not Catholic yourself, hang in there, because this isn't just a Catholic issue. It's a religious freedom issue. The type of censorship of Christian teaching that I'm about to describe is happening throughout the country and affecting all believers, regardless of denomination.

Trustees ban the Catechism of the Catholic Church; call it "dangerous"

During a delegation statement by Jose Luis Bundoc Dizon, a faithful Catholic and parishioner of St. Boniface Church, three trustees shut down the recitation of the Catechism of the Catholic Church, condemned the Catechism's words as "dangerous", and warned him to stop reading the Catechism!

We have video of the shocking incident in which Trustees censored and attacked the Catechism, below, thus moving the board, arguably, into a state of apostasy, or at the very least, public heresy

Watch the video. Then share it with every Catholic you know.

You won't believe your eyes and ears as Ward 9 Trustee Norm Di Pasquale, Board Chair Joseph Martino (Ward 1) and Ward 5 Trustee Maria Rizzo publicly declare that the Catechism is "not acceptable".

If you're unable to view the video, the full transcript is included at the bottom of this email, below my signature.

Nancy Crawford, one of the faithful Catholic trustees who represent a minority on the Board, stood in astonishment at what she just heard from the lips of her colleagues, and felt compelled to remind them that the delegate was quoting from the Catechism.

In case you're not familiar with it, the Catechism of the Catholic Church is the official repository of all of the Church's doctrinal and authoritative teachings.

All trustees are obliged to govern "in accordance" with it as per policy H.M. 24 and other obligations of a fiduciary nature. 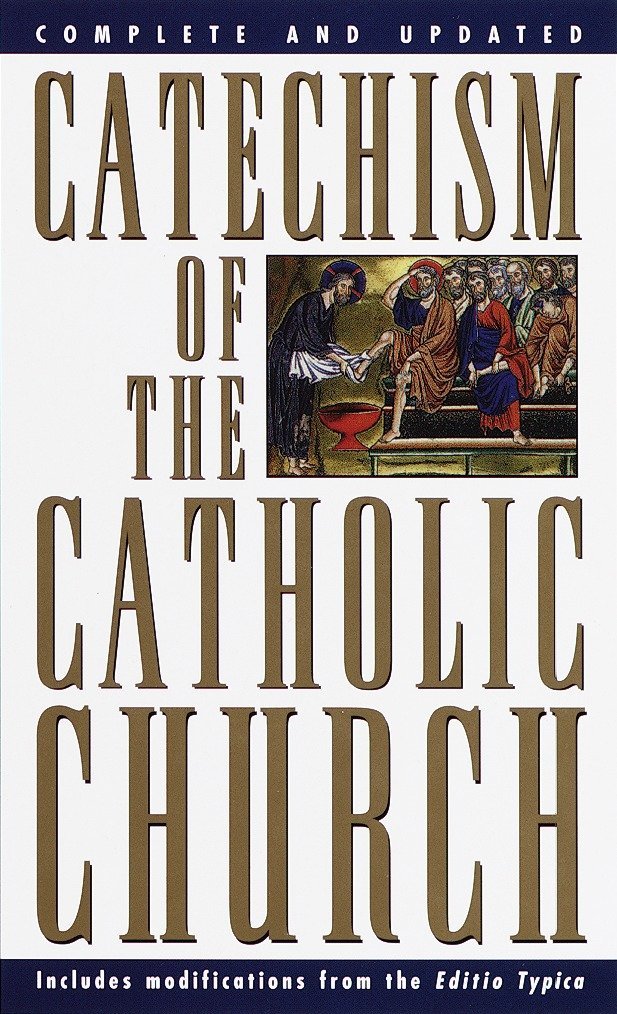 Above: book cover for the Catechism

This public rejection of Catholic doctrinal teaching represents an earthquake in the Catholic world, and certainly in the Archdiocese of Toronto.

We cannot look away from it.

Jose Luis Bundoc Dizon tried to read a paragraph from the Catechism which explains the Church's official teaching on homosexuality. He was shut down and threatened about continuing to read from it.

Effectively, the Catechism, or at least that section, is now banned in the TCDSB.

This board is in open rebellion against the moral teaching of the Catholic Church. It has definitely moved into heresy, and perhaps apostasy too.

Furthermore, public defiance towards Catechism section 2357 was not limited to Trustees Di Pasquale, Martino and Rizzo.

After the delegate's speech was finished, Trustees Markus De Domenico and Ida La Preti voted against official "receipt" of the delegate's statement, seemingly, to show their contempt for the words of the Catechism.

The eight trustees who voted to sanction Trustee Del Grande, including those who objected to the Catechism, must be defeated in the next election which is scheduled for October 2022.

We will also will be announcing specific plans to call for their immediate resignation. In a public manner, for all the world to see, they breached their oath of office in which each of them had promised "to be faithful to the teachings of the Church".

His Eminence has maintained radio silence throughout this scandal.

The lesbian former Premier, Kathleen Wynne, who is not a Catholic, delegated to the board to attack Del Grande and Catholic moral doctrine.

However, the Shepherd of the Diocese who has the responsibility of protecting the sheep from harm, did not speak one word in defense, nor even bother to send one of his priests to delegate opposite Wynne.

In the spirit of brotherly love and fraternal correction, we must encourage Cardinal Collins to provide the spiritual leadership that has been lacking, in order to right the sinking ship that is the TCDSB.

Campaign Life Coalition urges all Catholics in the Archdiocese of Toronto to withhold their Sunday collection plate offering until action is taken by the Cardinal. Namely, to publicly request the resignation of the eight trustees.

Instead, donate to the Michael Del Grande Legal Defense Fund, right here. Let the Cardinal's office know that you are doing so.

Toronto Catholics who still want to meet their obligation to provide for the financial needs of the church while withholding any money going to the Archbishop's Chancery office as a means of demanding reform, these articles here and here provide suggestions on how to accomplish both objectives simultaneously.

Now that I've dealt with the Catechism fiasco, I want to return to our defense of Trustee Michael Del Grande.

At the November 11th Board meeting, trustees voted to impose the following sanctions against him:

Del Grande has hired an excellent lawyer who served the Board with a powerful legal opinion informing them that a re-do on the Code of Conduct vote is unlawful and an abuse of process.

Del Grande and his legal counsel will fight this in court, and Michael is even considering launching defamation suits against those who have slandered him for the past year.

In order to prevent the LGBT mob from succeeding, Campaign Life Coalition has created a crowd-funding campaign to help cover Michael's legal expenses.

Already, Michael's legal defense bill is over $20,000. Will you please chip in to stand with Mike?

Yours for life, family & faith,

****TRANSCRIPT OF TRUSTEES SHUTTING DOWN THE CATECHISM*****

Jose Luis: I want to highlight the fact that what is at stake here is the fidelity of the Catholic school board to Catholic teaching, which we hold to be based on revelation from God. The statements that have been made about the morality of homosexual acts is nothing more than mirroring of Catholic teachings found in the Catechism of the Catholic Church. Paragraph 2357 of the Catechism is quite clear on the matter, and I would like to quote the relevant section, quote: “Homosexuality refers to relations between men or between women who experience an exclusive or predominant sexual attraction towards persons of the same sex. It has taken a great variety of forms throughout the centuries and in different cultures. Its psychological genesis remains largely unexplained. Basing itself on Sacred Scripture which presents homosexual acts as acts of grave depravity… [interruption by Di Pasquali]

Trustee Di Pasquale: Thank you Mr. Chair. Just thinking, I, I believe that the delegate’s comments are, are treading in, in, in dangerous waters. Um, perhaps, you know, um putting down a marginalized and vulnerable community at our Board.

Chair Martino: One second... You’re prob – I think you’re right. And I must warn, uh, the delegate that, uh, some of the language, I feel, is not proper, and I think so, and so do, uh, some trustees. So, let’s, uh…. [interjection by Nancy Crawford] What point of order, Trustee Crawford?

Trustee Crawford: Thank you very much, Mr. Chair. The delegate is quoting from the Catechism of the Catholic Church. Let that sink in. Please, before you make your ruling? I would appreciate that.

Chair Martino: I didn’t make the ruling, but I did agree with the previous speaker. Thank you.

Chair Martino: Trustee Rizzo, your hand please, if you want to speak.

Maria Rizzo: I don’t want to speak. I want a point of order.

Chair Martino: A point of order? Well, it’s the same thing. Go ahead.

Maria Rizzo: I, I want to make sure that it’s, it’s understood….

Chair Martino: Correct. Thank you. Uh, so I’m gonna – the delegate, the delegate has heard what some trustees, have, have concerns. Would you like to continue and be, be, uh, aware of what was said, if you can?

Jose Luis: Right. Well. All I will say is I will, um, refrain from quoting the remainder of the Catechism. But it is paragraph 2357 for anybody who would like to see the … [undiscernible]… I would like to state the fact that it would be very difficult to castigate the words that have been used in the November (7th) meeting without also indirectly castigating the words of the Catechism itself.

Surely you would not ban the teaching of the Catechism simply because its statements do not reflect secular notions of Gender Identity and social justice? Because if you were to do that, then you would be defeating the very purpose of even having a Catholic school board. In order for our schools to be authentically Catholic, they would have to actively mirror what the Catholic faith teaches.