Battle now moves to the Senate

On March 20th, a majority vote in the House of Commons  on Bill C-279 brought Canada one step closer to the brave new world of a gender-fluid society where male and female are no longer biological realities, but mere social constructs. Under the proposed legislation, male and female is no longer defined by physical anatomy, but rather, is determined subjectively by an individual’s “inner feelings” and “experiences”.   The bill also seeks to change the Criminal Code so that speech critical of the transgender lifestyle/ideology could potentially be classified as “hate speech”.

Bill C-279 passed third reading by a vote of 149 to 137, with NDP, Liberals and the Bloc voting unanimously in support. Although most Conservatives voted against the radical proposed legislation, 17 Conservative MPs including 4 Cabinet Ministers supported it.

Bill C-279 now moves to three readings in the Senate and if passed there, will enshrine in Canada’s laws a radical redefinition of gender, as expressed in the Bill’s definition of “Gender Identity”:

"Gender Identity means, in respect of an individual, the individual’s deeply felt internal and individual experience of gender, which may or may not correspond with the sex that the individual was assigned at birth." (emphasis added)

Please note that the above definition is not restricted to those who’ve had sex-change surgery. The definition is broad enough to apply to cross-dressing men, thus granting them all the special “rights” claimed under the this bill.

Campaign Life Coalition and other pro-family organizations have been lobbying to defeat C-279 for months. We worked to expose the societal harms of this bill which was dubbed ‘the Bathroom Bill’ by critics who understand that it would grant biological males the  legal “right” to enter female washrooms and change rooms.

Breaking down the final vote

Compared with the 2nd reading vote of 150 to 132, our lobbying and public education did have a positive effect, moving 8 votes to the NO camp.  Some notable, positive changes in the vote included:

We thank you, our faithful supporters, for phoning,  writing and visiting your MPs over the past several months.  Unfortunately, political correctness, emotionally-charged propaganda and a profound lack of vision amongst members of parliament prevailed.


The 17 Conservatives whose vote put this bill over the top were:

This vote was also our first opportunity to see how the 2 Conservatives who recently won by-elections would vote on life and family issues.  MP Joan Crockatt (Calgary Centre) voted NO. Unfortunately, MP Erin O’Toole (Durham), who describes himself as a “practicing Catholic”, voted YES.

It is also notable that 21 MPs were absent or abstained from the vote, and while we do not know if it would have made a difference had they participated, it is sad that MPs would miss a vote on proposed legislation that would so profoundly alter societal understanding of human anthropology.

To see a complete listing of how MPs voted, click here.


Lobbying efforts move to the Senate

Now that Bill C-279 has passed in the House of Commons, it will have 3 readings in the Senate, and if passed there, will become law.

CLC believes that the Senate is more hostile to pro-life, pro-family views as compared with the lower House.  Admittedly therefore, convincing Canada’s Senators to vote against the proposed legislation will require greater effort.  However, citizens must follow the democratic process through its conclusion and try to stop the bill.   Each province has a number of Senators who represent the people of the province. Please contact the Senators for your province. Here's a listing of all Senators by province:


A diversity of talking points

Thus far, most of the arguments against Bill C-279 have quite reasonably focused on the privacy and security rights of women in public washrooms, and the expectation of higher rates of bathroom attacks by sexual predators who may pose as cross-dressers.  These are legitimate concerns and should continue to be mentioned. However, now that the bathroom/privacy argument has received fairly broad media coverage and has possibly been heard by many senators, perhaps it is necessary to start educating about the many other adverse effects of passing Bill C-279. 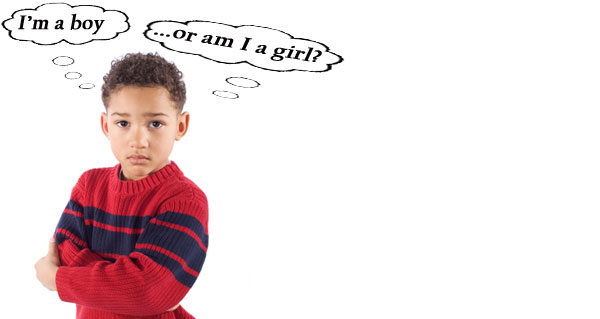 Some of these include:

1. The law is a teacher. As such, the definition of gender identity being enshrined in law will send the message to all society that being male or female depends on how you feel at any particular moment, and can change if your “feelings” change.

2. The moral authority granted to Gender Identity theory by the force of law, will mean that schools across Canada will be compelled to teach kids that their gender is not necessarily connected to their physical anatomy.

3. Militant transgender-activists will use the amended Human Rights Act and Criminal Code provisions against “hate speech” as a sword to attack Christian businesses, charities and churches.   The latter will come under pressure to violate their religious convictions or else face ruinous legal fees.

4. Will cause undue economic hardships for business and government

6. Taxpayers will eventually be forced to pay for sex-change surgeries

To study these negative societal effects in further detail, visit our analysis page.

Please do not give up this battle. The stakes are too high. Please start to respectfully lobby and educate the Senators.  Remember – being rude will have the opposite effect than what we desire. A measured moderate tone is necessary to be effective.

Please also ask Prime Minister Stephen Harper to apply whatever influence he can on Conservative Senators, who are the majority, to vote against C-279.   CLC’s National Organizer, Mary Ellen Douglas, has noted that the Prime Minister publicly urged his caucus to vote against Stephen Woodworth’s common sense Motion M-312 , and yet, has remained silent on the controversial Bathroom Bill. That said, we are thankful he at least voted against it.