News > That way lies tyranny: A Canadian warning to America

That way lies tyranny: A Canadian warning to America

It’s been said that history is a vast early warning system. If so, Christians in America should heed a somber warning from Canada based on our country’s documented experience after redefining marriage.  The U.S. Supreme Court ruling that recently struck down the Defense of Marriage Act less than 2 weeks ago has paved the way for the redefinition of marriage in your country.

The direct consequence of homosexual 'marriage' in Canada has been the loss of free speech, parental rights, the persecution of Christians, and systemic discrimination in the workplace.  Neither people of faith, nor Republican Party leaders should believe the lie that legalizing same-sex marriage “won’t affect the daily lives of heterosexuals”.   It has in Canada. It will there too. 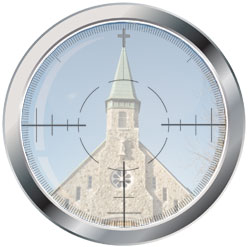 Campaign Life Coalition has documented in chronologic order, the progression of religious persecution over the past decade in a report titled “Anti-Christian Persecution & Oppression in Canada: The high cost of legalizing same-sex marriage”.

Download the CLC report here which offers a glimpse of America’s certain future should it fail to stop the gay ‘marriage’ juggernaut.

In 2003 Canada’s provincial courts began usurping the authority of democratically-elected representatives by legislating from the bench on gay “marriage”. Since that time, Christians who publicly disagreed with homosexuality became the targets of persecution and tyranny.  Following the redefinition of marriage at the federal level in 2005, this discrimination against people of faith acquired a type of moral legitimacy and proceeds in unrelenting fashion.

In Canada, hundreds of marriage commissioners were ordered to violate their consciences and perform homosexual ‘marriages’, or else be fired.  A Christian pastor and a Catholic Bishop were hauled before a “Human Rights Tribunal” for simply repeating 2000 year old Christian doctrine on homosexuality. A Catholic magazine was almost forced into bankruptcy after being targeted with a frivolous “hate speech” complaint.

A British Columbia teacher was suspended from work and threatened with the removal of his teaching license for simply writing a letter to the editor in defense of marriage between a man and a woman.  A Catholic city councilor had a death threat spray painted on his private business after stating his belief that homosexual acts are “not natural”.  Other individuals have had lifetime “speech bans” imposed to prohibit them from ever writing or speaking critically about the homosexual lifestyle.

After the federal redefinition of marriage, activists immediately began demanding the right to normalize homosexual family structures and gay sexual activity in the public school curriculum. In some jurisdictions they’ve been stunningly successful, with LGBTQ (lesbian, gay, bisexual, transgendered, queer) topics weaved throughout all subjects and all grades, starting in Kindergarten. Some school boards now refuse to give parents advance notice of lessons dealing with sexual orientation, and deny rights of parents to opt-out their kids from such lessons.

We have also witnessed an alarming trend of private corporations firing employees for their religious beliefs on homosexuality.  In one case a TV sports broadcaster was fired for tweeting support for the traditional definition of marriage, after work hours, from home, using his personal Twitter account. In another case, a real estate brokerage fired a Catholic agent for promoting the idea that children do better with a mother and father, as contrasted with homosexual parenting.

Thanks to the moral legitimacy granted by homosexual marriage, Canadians who adhere to biblical beliefs on human sexuality are being exposed to detestation and hatred by the most influential institutions in society. They are gradually being made into second class citizens with fewer rights than other Canadians.  Even their ability to earn a living and their legal right to be protected against discrimination by employers seems to slipping away.

German history teaches us that long before NAZIs got to the stage of people ovens, first came the systematic vilification of Jews in society and gradual suppression of their legal rights. Oppression of Jews was tolerated because many in society were convinced the Jews “had it coming”. We are not suggesting that Canadians will face people ovens, but why has the wrongful dismissal of Christian employees in Canada not sparked a national outcry? Is it because our society is starting to form the attitude that Christians “have it coming”?

America, consider yourself warned.  Though you may be battle-weary, it’s worth continuing the fight to escape the yoke of tyranny that Canada already wears.