News > PCPO Convention Success (Do not use)

PCPO Convention Success (Do not use)

We had a very good Saturday at the Ontario PC Party convention today, where social conservatives made it clear that they are a large and important segment of the PC Party's base.

We sent the message to the party that we deserve a seat at the table, and we aren't going away.

As a result of a massive, months long, coordinated effort by Campaign Life Coalition, more than 400 of our supporters became delegates.

The large numbers of CLC supporters at convention produced amazing results in the voting that took place. 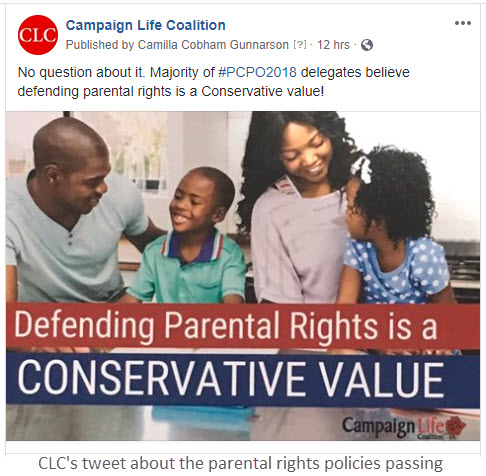 Here is the wording of the 3 policies that were passed and which are now official party policy: 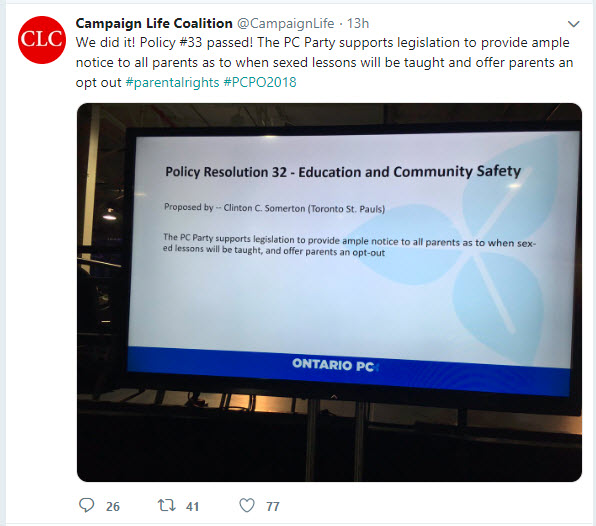 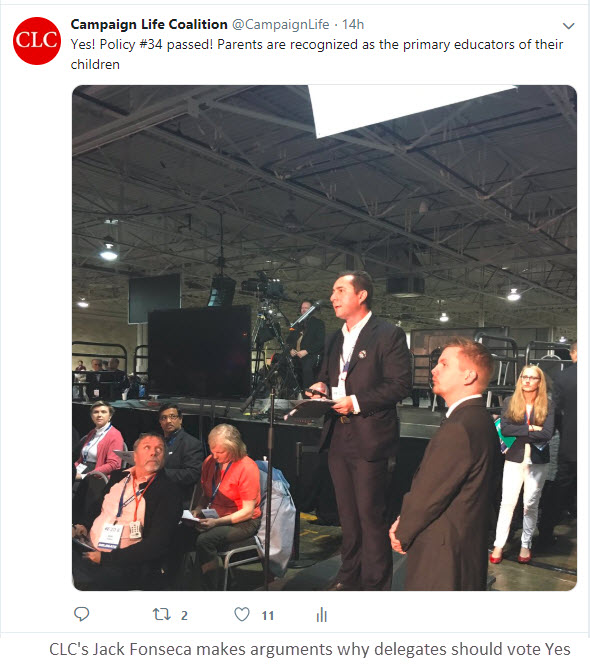 These policies will help us to hold Premier Doug Ford's feet to the fire, to keep his promise to repeal Kathleen Wynne's radical sex ed.

At the start of the meeting, the moderator announced that policies which had been previously rejected by the PC party committee could be resubmitted from the convention floor.

We worked with a CLC supporter to resubmit previously scuttled policies on defunding sex-selective abortions, repealing the abortion bubble zone censorship law, and repealing gender identity laws which compel Canadians to utter made up personal pronouns.  Unfortunately however, the clock ran out before these could be voted on.

However, our good friend Tanya Granic Allen resubmitted some of her own pro-family policies which had been previously scuttled by the party establishment - and they made it for a vote!

The large contingent of CLC supporter-delegates in the room, of course, voted en masse in favour  of Tanya's pro-family policies.

But the amazing thing is that the rest of the delegates in the convention hall also voted YES almost unanimously!

Here are some of the outstanding pro-family policies that were passed:

To be clear, the "resubmitted", previously scuttled resolutions will not automatically become party policy even though they were passed nearly unanimously.

The party stated that this approves them for debate at the next policy convention. Nonetheless, these were powerful symbolic victories that will help move the party in a more pro-family direction.

Constitutional Amendments to be voted Sunday

Out of the dozens of constitutional amendments that will be voted on, CLC has asked its many supporter-delegates to vote for the following twelve amendments: 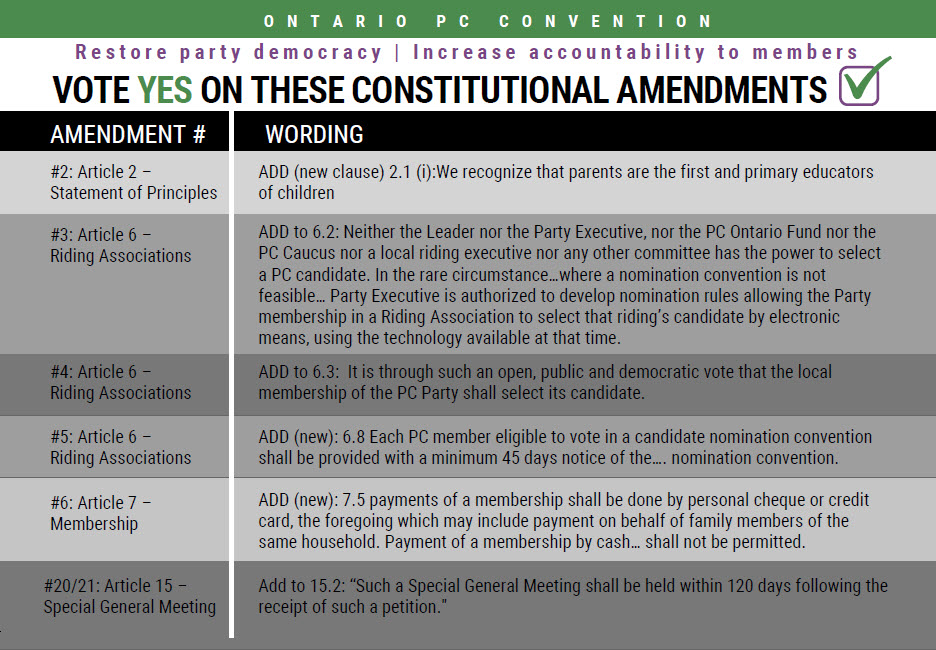 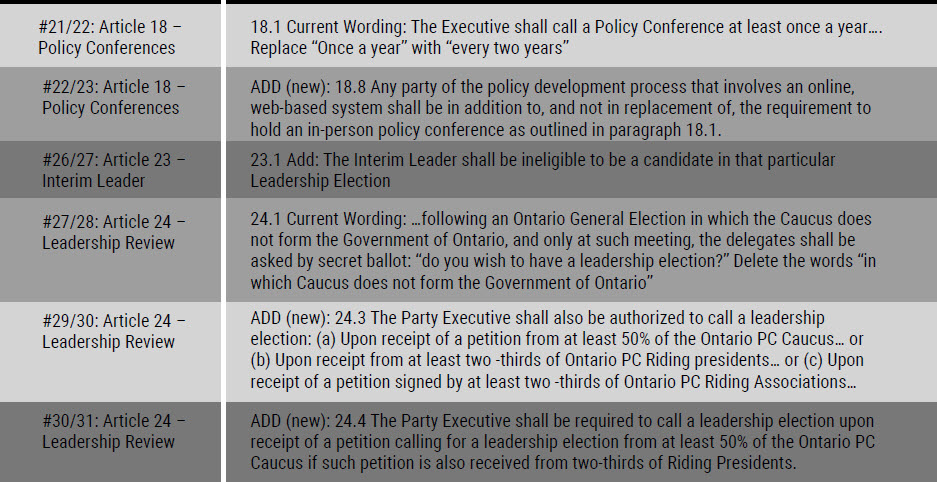