Amidst the many pro-abortion events taking place during the United Nations 63rd Commission on the Status of Women, Campaign Life Coalition, along with Mexican pro-life organizations Be Human and Construye, the Regional Observatory for Women in Latin America and the Caribbean, held one which reaffirmed that every human being possesses human dignity and challenged the pervasive ‘throw-away’ culture. 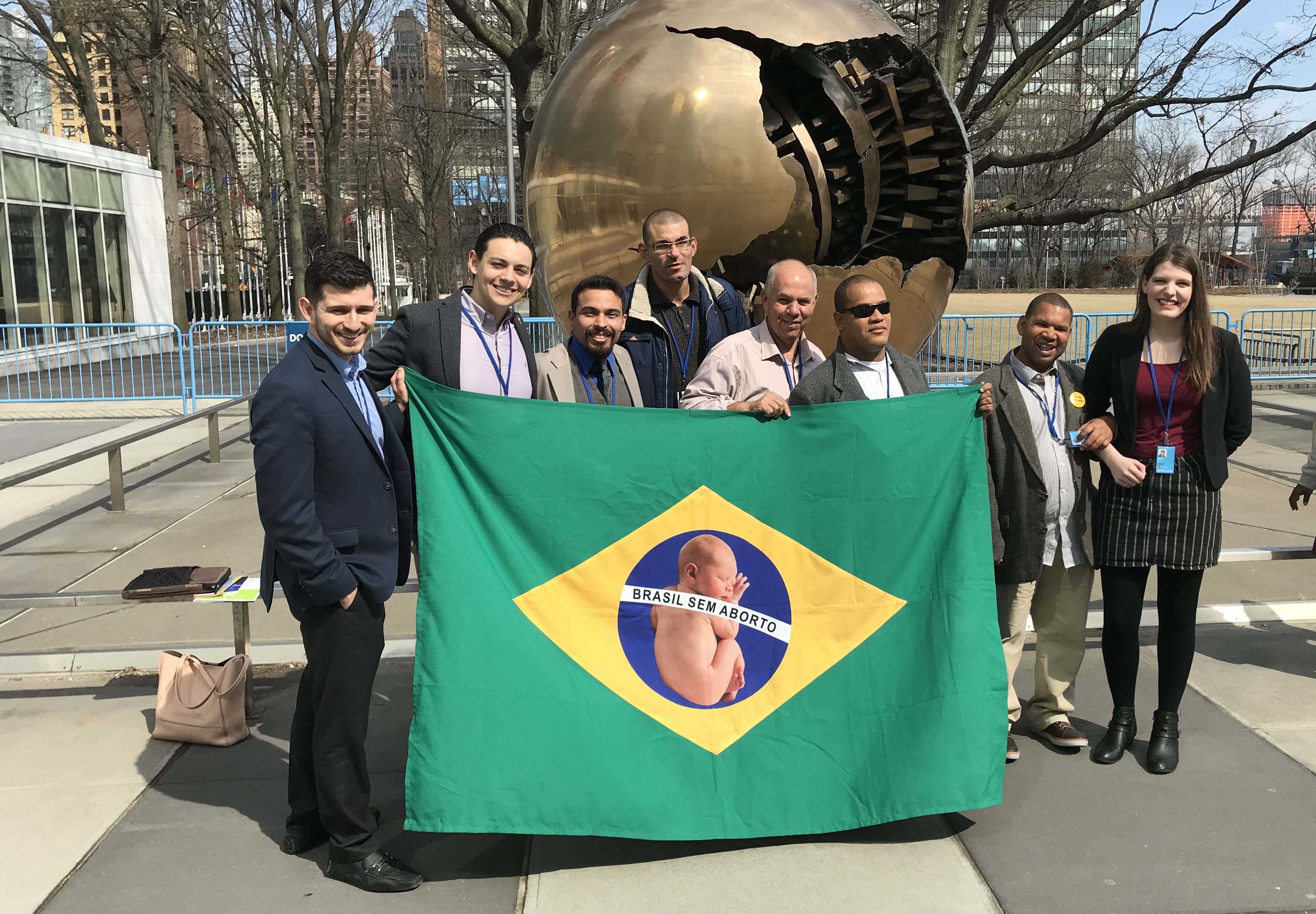 Our special guests Antonio and his family with supporters, holding their pro-life flag of Brazil at the United Nations. 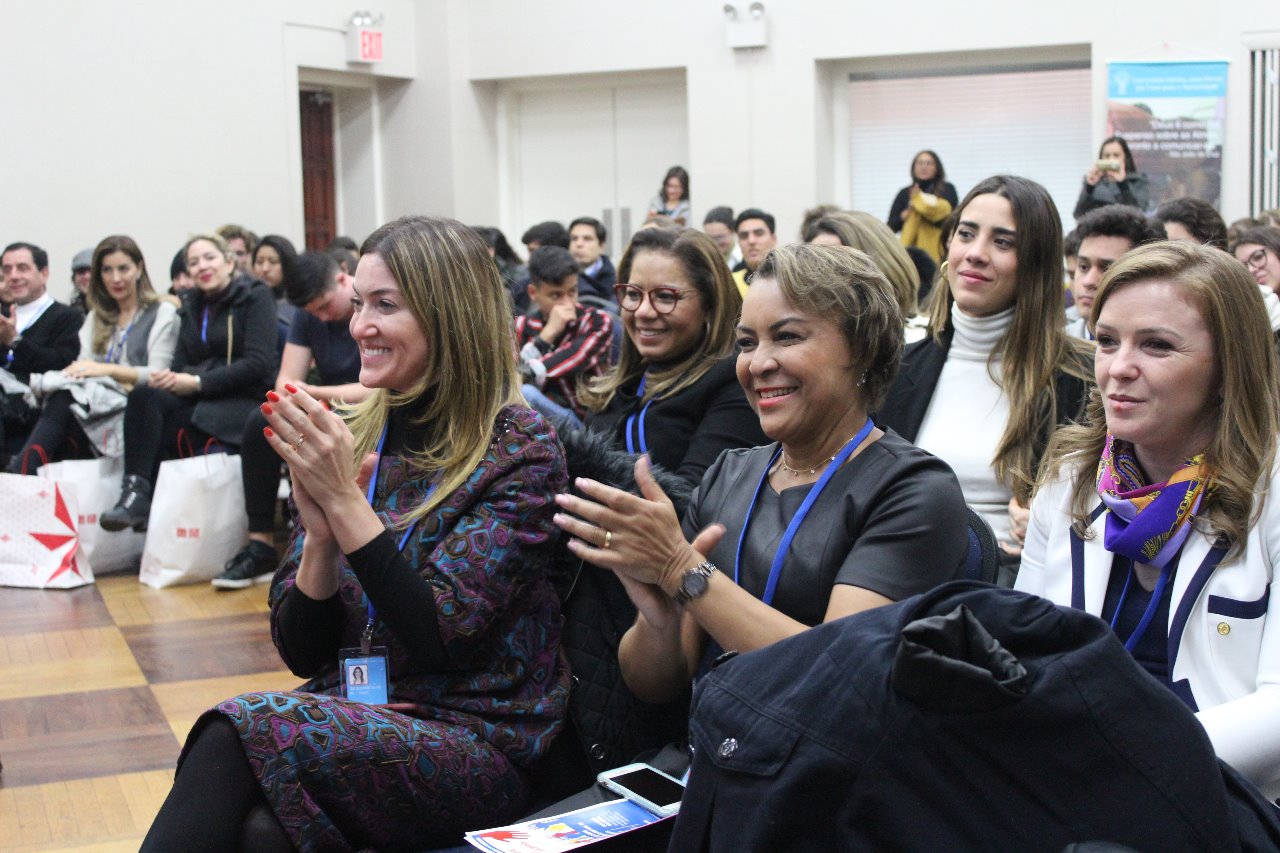 The event was attended by some members of the Brazilian delegation including several recently elected congress women.

Secretary of the National Secretariat of Policies for Women in Brazil and Harvard graduate Tia Eron began the panel discussion. She detailed the battle she and fellow pro-lifers in her country face. She pledged that in her role she will work to protect the “complete rights of human beings from conception to natural death.” 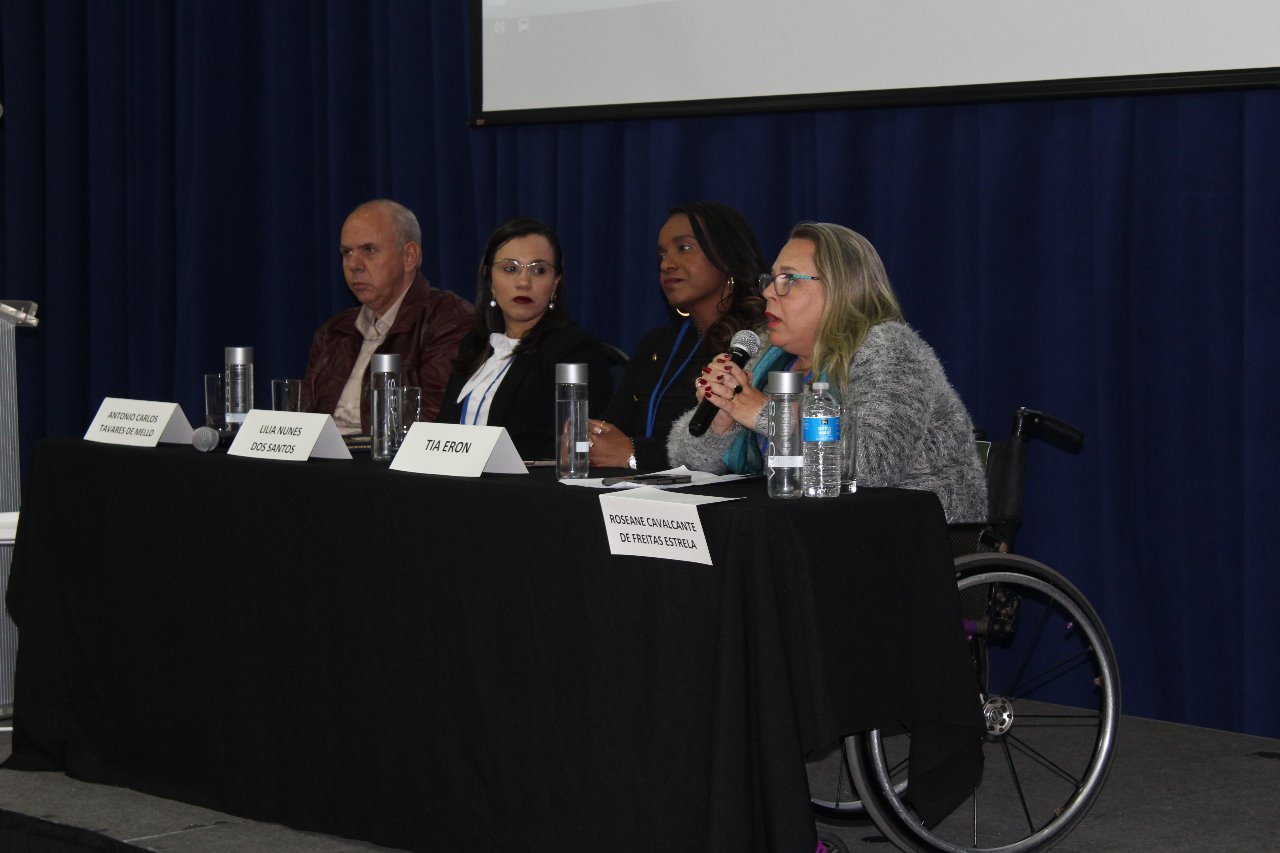 Assistant Secretary of the National Secretariat of Policies for Women, Roseane Cavalcante De Freitas Estrela, delivering a powerful pro-life statement calling for the right to life especially for children with special needs.

Assistant Secretary of the National Secretariat of Policies for Women, Roseane Cavalcante De Freitas Estrela, herself in a wheelchair, focused on the rights of those with disabilities, particularly babies with anencephaly or microcephaly (undeveloped brains), due to the outbreak of the Zika virus in South America and the greater risk these children face of being aborted. She stated, however, that only around one per cent of pregnant women infected with the Zika virus end up having a child with disabilities, and also declared on behalf of all people with special needs: “We have the right to live and we’re going to fight until our deaths so other people with disabilities can live.”

Lilia Nunes Dos Santos, currently serving as the Director of the Department of Promotion of Woman’s Dignity, spoke about her extensive academic work arguing that the right to life is the first and foremost of all rights, for “without it, we cannot exercise any of the other rights.” She also has done a lot of research on the status of abortion in Brazil. Holding up a fetal model, she explained that Brazil’s Supreme Court may try to decriminalize abortion up till 12 weeks. She highlighted the dangerous trend of judicial activism that threatens the legislative process. Because the majority of Brazilians oppose abortion, abortion activists are attempting to use the Supreme Court to liberalize abortion laws, instead of going through Parliament. 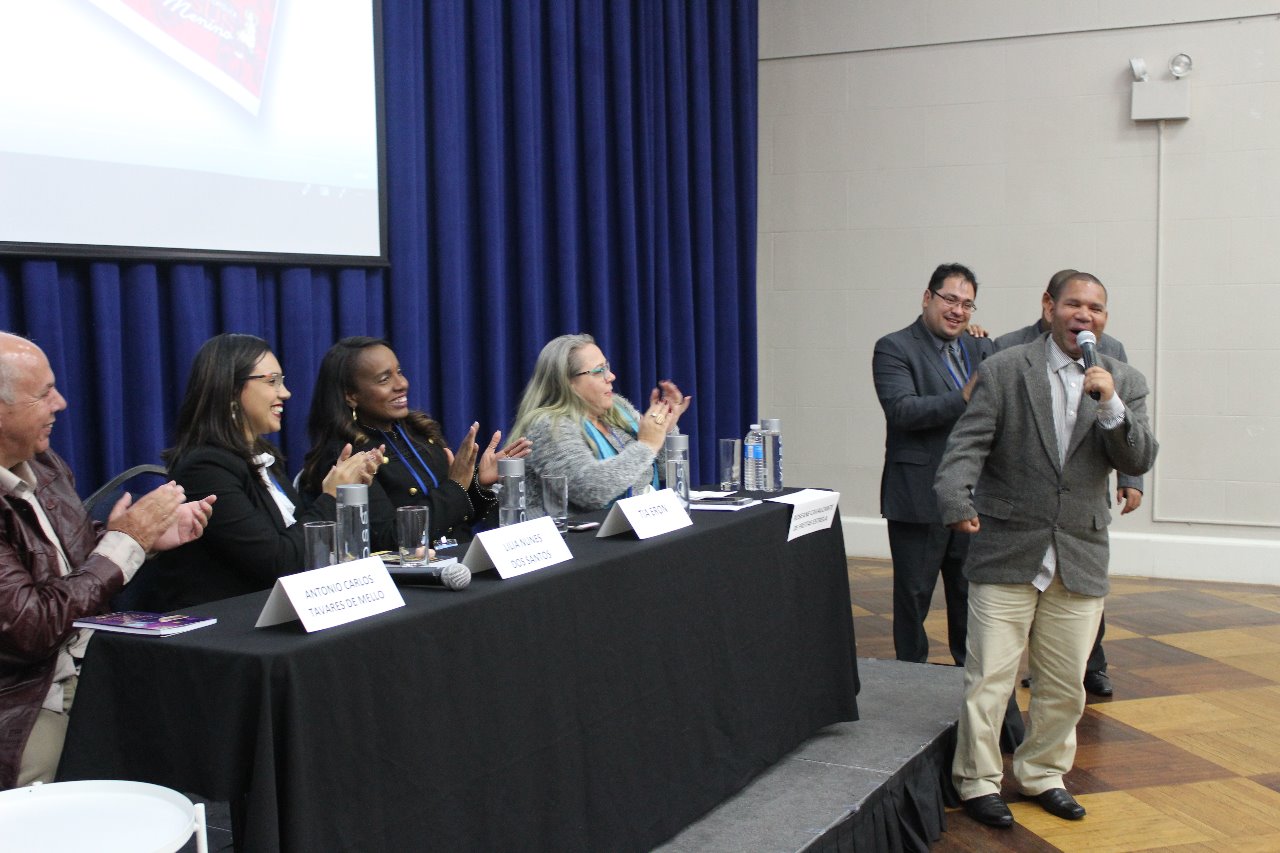 Marco, one of Antonio Tavares de Melo’s sons, greeting the audience. Marco was born non-verbal. His favorite form of communication is smiling and giving hugs.

Antonio Tavares De Mello was the final guest speaker. Through his ministry, Comunidade Jesus Menino, which he began in 1990, he has adopted dozens of children with special needs, many of them survivors of failed abortions and abandoned after birth. He felt called by God to provide them with a real family and sense of love and belonging, stating that “even though their bodies may be broken, their souls are not.” Some of his adopted sons were at the event and sang for audience members. Tavares De Mello shared how all three of them survived failed abortion attempts and, as a result, were born with severe disabilities, and yet, these three unwanted and abandoned children have grown up to travel the world as pro-life advocates, speaking to millions of people, including spiritual and political leaders. Tavares De Mello stated his belief that this is the mission they were born to do. 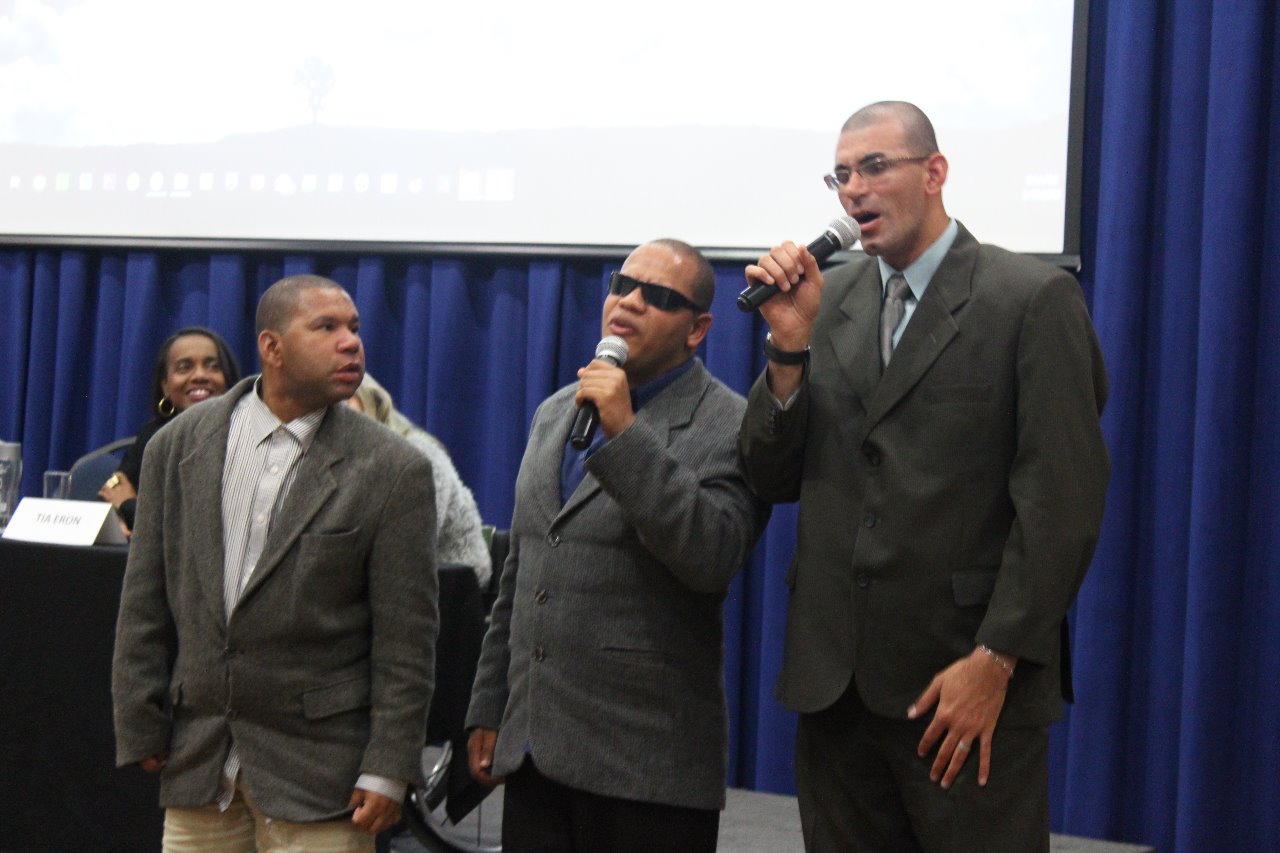 Marco, Alex and Felipe performing a song for the audience.

The event was highly emotional, with multiple audience members and one of the guest panelists moved to tears. It concluded with a short video presentation featuring the adopted children from the Jesus Menino Community and the many volunteers who have dedicated their lives to serving these children as their adopted mothers and fathers. 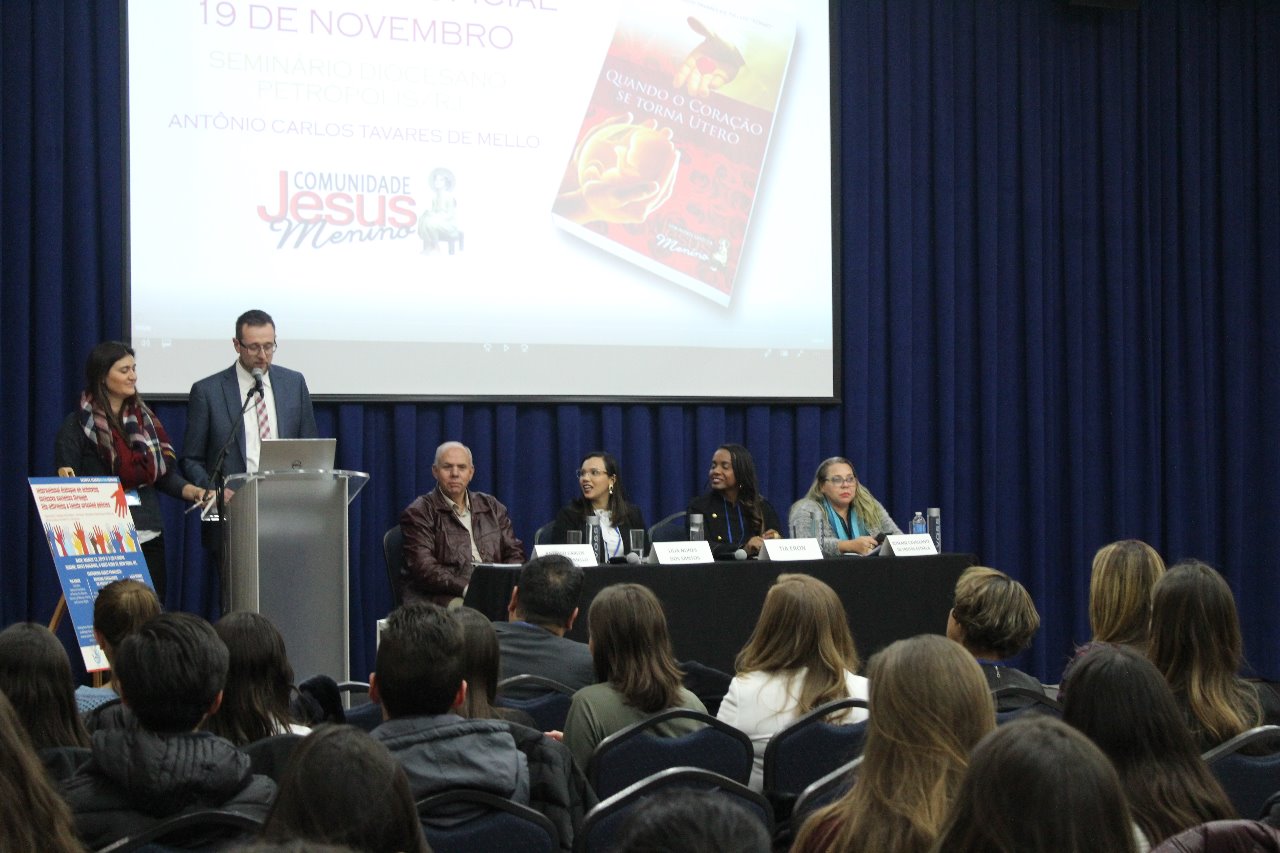 In his remarks, Campaign Life Coalition Vice President Matthew Wojciechowski, who emceed the event, stated that all social policies created at the UN must be rooted in the recognition of the dignity of every human person, with a greater focus on those who are most often forgotten and abandoned—children in the womb and people with special needs. 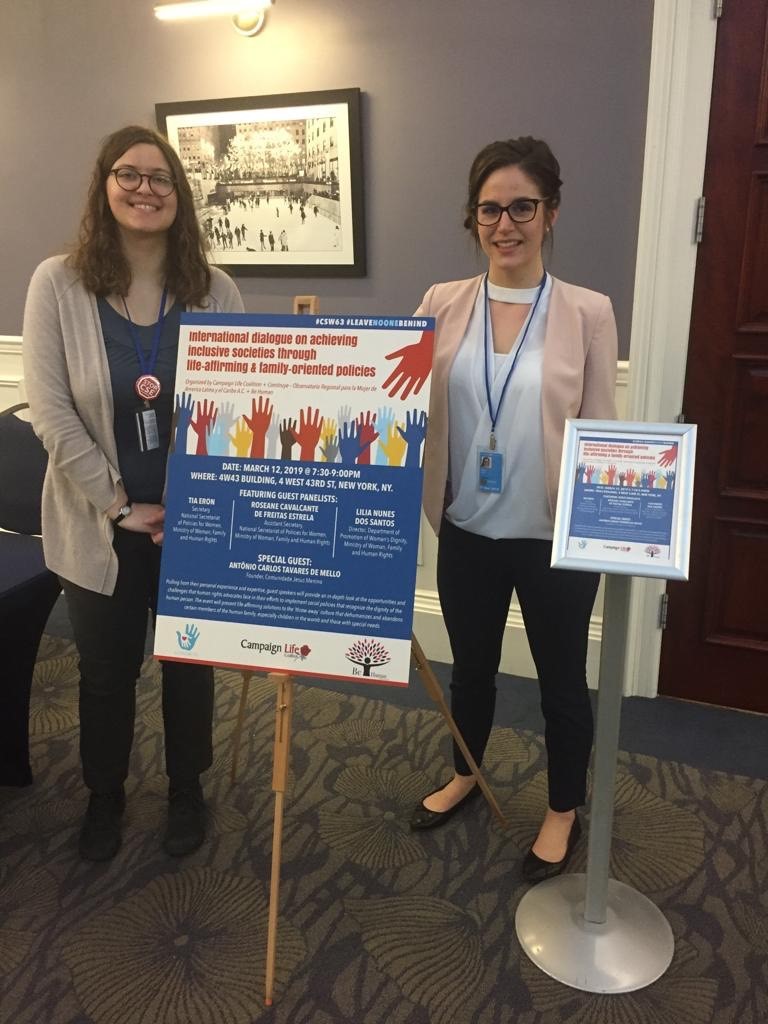 The rarity of these sorts of events at the UN, when compared to the frequency of those advocating against life and family, makes them that much more valuable and irreplaceable. Their presence alone has a dramatic effect on the atmosphere of the commission. In addition, they provide opportunities for networking among pro-life organizations, as well as government officials, which strengthens the movement at large, and increases our chances of securing complete and total legal protection for the unborn all across the world.

We thank all our supporters for your prayers and financial support that made this event possible.