On Saturday September 21st, numerous cities will hold protests against the sexual exploitation of children that is running rampant through our institutions, including schools and the media.

These protest have been organized by a parental rights activists with whom Campaign Life Coalition has worked in the past, Sandra Hamell, who was also heavily involved with Ontario's parental rebellion.

The two primary targets of the protests will be: (a) radical sex-ed which began in Ontario under Kathleen Wynne and has now metastasized across the country like a pernicious cancer, and (b) the CBC's paedophilic "Drag Kids" TV documentary.

Many parents and experts see Levin's fingerprints and grooming agenda all over the sex curriculum. 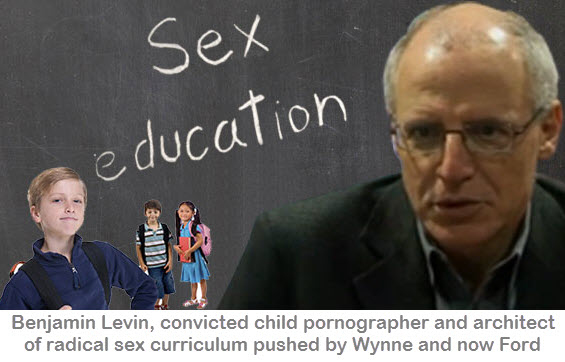 That sex-ed agenda has given cover to, and spawned, evil offspring of its own.

Now, the CBC has gotten into the sexual exploitation game with its "Drag Kids" documentary. 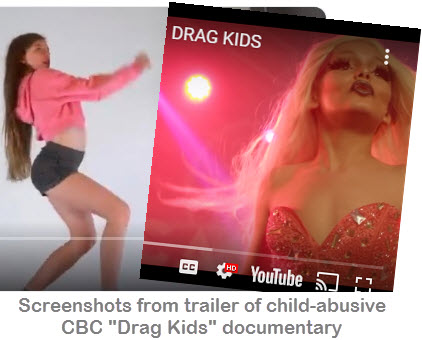 This evil program targets very young boys to get them questioning whether they are really girls, and encourages them to identify as “transgender”. Shockingly, it puts the child participants, as young as nine, in sexual poses and gyrating their bodies as if to arouse adults.

Our friends at CitizenGo recently held an effective, eye-catching protest outside the CBC Studio headquarters against the Drag Kids documentary, which apparently inspired these other parental rights activists to include many CBC offices as protest locations for the overall theme of saying No to gender identity theory everywhere that it's being used to brainwash and sexually exploit children.

Please support the parental rights and anti-child sexualization movement by attending one of the protest locations nearest you. If possible, take photos and video, and send them to us afterwards.